The 80's : The Decade That Made Us : Plus Lemon and Coconut Pork

Well an article about the Swinging 60'a and Coq Au Vin. Then an article about the Sizzling 70's and Black Forest Gateau ... and now we move onto the 80's. Can you remember the 80's - does it seem like only yesterday! Do the decades go too quickly? Some may call the 80's: The Decade That Made Us.

"It was 10 years of nonstop glamour, unchecked excess, ruthless ambition and explosive technological innovation that combined to produce the historic changes and global events that made us who and what we are today. The fingerprints of the decade best known for Pac-Man and the personal computer are everywhere in our daily lives: The first launch of NASA’s Space Shuttle triggered a technological explosion in global communications that now makes our world-wide love affair with smartphones and the Internet possible".

The eighties was the era of the 'yuppie' (young urban professional). When it came to food new exciting dishes were required and the term 'Nouvelle Cuisine' was suddenly in fashion and all the rage. Many people complained the dishes although perfect and expertly constructed were too small! 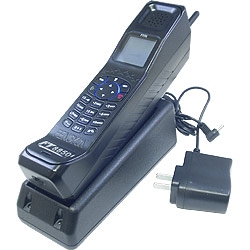 We were more into fitness. The Jane Fonda Workout or the BBC's green goddess Diana Moran ... pictured here For television fans in the UK we were introduced to EastEnders, which hit the BBC screens in 1985 ... and can you remember 'Live Aid' the dual event concert which took place in July 1985, read more here

Popular 80's films were Chariots Of Fire, Out of Africa and Driving Miss Daisy.


But further afield you may remember Mount St Helens erupting in Washington, in May 1980 killing 57 people. Whilst in that same year John Lennon being assassinated in New York City in December 1980.

... Meanwhile back to our food, microwaves were getting more and more popular. TV chefs were influencing new adventures in cooking. One of these was Ken Hom who introduced us to Chinese cuisine and that lovely dish 'Sweet and Sour Pork', which is of course still very popular. INSTRUCTIONS:
Heat the oil in a wok on it's highest setting.
Fry the onion, garlic and ginger for 1 minute.
Add the pork pieces and stir until cooked through (about 5 minutes).
Add the broccoli and beef stock, cook for another minute or two until the broccoli has softened.
Add the capsicum, celery, bok choy, cook for another minute.
Finally, add the desiccated coconut and lemon juice, Stir.
Serve with more coconut on top.

These lovely recipe ideas featured are by friend Libby. If you wish this may be served with cauliflower rice, but why not add a squeeze of lemon juice to the rice to compliment this dish!
Both recipes are for the LCHF lifestyle.

Of course many other events, and stories happened too numerous to show here.

But you may have your own memories of this decade?

All the best Jan
Posted by Lowcarb team member at 10:09

I remember everything in this post very well, I went through the 80's in my teens. I always remember the Only Fools and Horses episode when Yuppie is mentioned, the one where Del Boy goes to lean on the bar.

Hello, I am happy with some of the changes over the last decade. Your meal looks delicious. Thanks for sharing the recipe ! Enjoy your day!

Hi Jan, I've been thinking about you? My Bloglovin app on my phone has decided to not allow me to comment from it... so I'm going one by one finding links... Also, I have been walking a great deal, trying to get as much in before the dreaded Winter hits.

I love this walk down memory lane... I rememer it like it was yesterday... lol... and yes the decades are going by too quickly. The exercise fad was great but the tapes got boring, we all needed a change up. I was always a Modonna fan... I loved her music and I totally remember Live Aid... we need to do that again xox ♡

Jo, that scene from 'Only Fools and Horses' is a classic isn't it!
Many thanks for your comment, hope your day is going well.

Eileen, it's an interesting decade - but the years go by so quickly!
Many thanks for your comment, glad you liked the recipe idea. Happy Thursday Wishes.

Launna, thanks for your comment. Glad to hear all is well with you. Great that you are keeping up with your walking. We have some nice Autumn sun today ... always lovely to enjoy a walk in this type of weather.
Take Care - and keep enjoying the music, it's good that it lives on, and can still be played.

Jenny, always nice to read your comments ... thank you.
Glad you liked the post, perhaps you may give the recipe a try? Enjoy your Thursday evening.

My dad had just been diagnosed type2 in 1984. We all followed his recommended diabetes diet. 2 slices of wholemeal toast spread with margerine, bran flakes with raisins and skimmed milk for breakfast. Ham butty or ham with pasta for dinner. Potato waffles with a veg and meat for tea. Supper 2 pieces of toast.
Aaaaarrrrrggghhhhhh!

Mrs. Vimes thanks for your comment.
So many ate like that (and still do). We all thought we were doing the right thing. As you know it wasn't until Eddie was diagnosed with Type 2 diabetes that we started to question so much more ... I think you know the story well!

I'm just about to enjoy a cup of coffee with a dash of cream and a square of 85% dark chocolate - I love the LCHF lifstyle!

Hope the rest of the week goes well - the weekend is nearly here. Hurrah!

I loved the 80s! I was only 20 halfway through the decade, so I enjoyed my teen years during that period as well as my early 20s. So many wonderful memories!

Martha, thanks for your comment.
Glad you enjoyed the 80's ... it is always good to look back and remember certain good times!

Enjoy your Friday - and have a great weekend.

Chris, thanks for the comment and bringing back those memories. I particularly remember the hurricane of 1987. I was driving in the New Forest with my two young boys, many of the roads were blocked and our route took longer than usual. Now what was it that the BBC weatherman famously said ? Will Michael Fish ever live it down?

My favourite hurricane story was the guy who left his car outside his garage. Next morning it was inside the garage. The car hadn't moved but the garage had!

Someone else found an entire set of garden furniture neatly arranged on his lawn.

Someone else was on a train, fortunately in a cutting, when a tree blew down in front of them. The driver decided to reverse back to the station until another tree blew down behind them. Then the power went out leaving them stranded in the dark until halfway through the following morning.

We were trapped by fallen trees until the landlord and some neighbours with chainsaws hacked a way out. Power stayed out for over a week. Fortunately my parents were nearly unaffected so I went to stay with them.

So many trees blew down and woods were affected that I felt like I'd lost old friends.

Chris.
The hurricane winds in 87 were bad ... many trees were uprooted, destroyed but given time nature does recover.
I can remember the reports of so many roads being blocked and many people had fortunate escapes. Alas some were not so fortunate - at least 22 people lost their lives in England and France

Not a good October in that year.

... but we move on, we have to - and today I was fortunate to spend time out in the Autumn sunshine.

Less well known, there was a humungous storm in Suffolk that August. We were out on the estuary and could see and hear it in the distance, I got a bad feeling and insisted we drive home and put the car in the garage. It was dark as night in the middle of the afternoon, except for the constant lightning, and the hail was so bad we could hardly hear each other speak. It was bouncing off the ground and chipped the paint off the underside of the windowframes. After it was gone it looked like midwinter with the entire ground covered in hail about six inches deep. Leaves were torn off the trees and hedges and entire crops were threshed out of the fields - but only in the swathe about a mile wide, either side was untouched. Several cars were completely trashed and roofs damaged, yet just down the road nothing at all had happened.

Chris
That sounds quite scary to me. Mid-winter in August!
Nature can and does throw some extremes of weather at us.