‘The Diet Delusion’ by Gary Taubes a must read for anyone with an interest in weight loss and controlling diabetes.

If only they had listened to Yudkin and Cleave !

The George McGovern’s Senate Select Committee on Nutrition and Human Needs 1973.
Peter Cleave testified to his belief that the problem extended to all refined carbohydrates. “I don’t hold the cholesterol view for a moment,” Cleave said, noting that mankind had been eating saturated fats for hundreds of thousands of years. “For a modern disease to be related to an old fashioned food is one of the most ludicrous things I have ever heard in my life,” Cleave said. “if anybody tells me that eating fat was the cause of coronary disease, I should look at them in amazement. But, when it comes to the dreadful sweet things that are served up … that is a very different proposition.” Yudkin blamed heart disease exclusively on sugar, and he was equally adamant that neither saturated fat nor cholesterol played a role. He explained how carbohydrates and specifically sugar in the diet could induce both diabetes and heart disease, through their effect on insulin secretion and the blood fats known as triglycerides. McGovern now struggled with the difficulty of getting some consensus on these matters.
“Are you saying that you don’t think a high fat intake produces the high cholesterol count?” McGovern asked Yudkin. “Or are you even saying that a person with high cholesterol count is not in great danger?”
“Well, I would like to exclude those rare people who have probably a genetic condition in which there is an extremely high cholesterol,” Yudkin responded. “If we are talking about the general population, I believe both those things that you say. I believe that decreasing the fat in the diet is not the best way of combating a high blood cholesterol …. I believe that the high blood cholesterol in itself has nothing whatever to do with heart disease.”
“That is exactly opposite what my doctor told me,” said McGovern.
Extract taken from the brilliant book ‘The Diet Delusion’ by Gary Taubes page 123 a must read for anyone with an interest in weight loss and controlling diabetes. 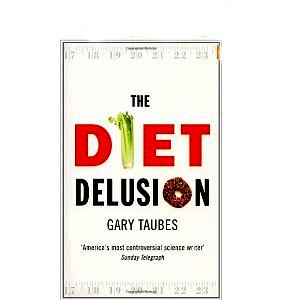 Posted by Lowcarb team member at 21:51