The lowcarb world has been left stunned today after the offices of The Lowcarb Diabetic received a blurred image of Carbophile aka Tubolard aka Kim Jong-un ! The image sent by satellite from Lowcarbs head of lowcarb anti intelligence, special black ops chief, Dick Duck is a major scoop for the lowcarb team. Carbophile has been on the radar of the team for over four years, and is one of the UK's most vociferous lowcarb anti’s. Operating from a safe house in Worcestershire and orchestrating other failed and brain dead failures, he has for years refused to confirm his identity. Always hiding in the shadows like a plague bearing rat, and stroking his always anonymous negative commentors, he has finally been outed.

Special Agent Dick Duck had penetrated the highly secretive North Korea, under the guise of a student along side undercover BBC reporters, and risked certain death had he been captured. Regular long time readers, may remember Dick’s roll in the termination of the Stalinist mod, known as Cugila from the largest diabetes forum in the UK. He also arranged the exit visa at the same forum, for the most effective miss-information and lowcarb anti agent code named ‘the dietition’ Dick’s last major success was the ending of the career of the gruesome special agent code name Jopar ( type two’s brought it on themselves and drain the NHS) aka the penguin.

At a special celebration drinks party at the Savoy Hotel, Lord Beantipper couldn’t contain his obvious joy “ We should have known Carbo was Kim all along, the similarities are so obvious, a hell of a lot of noise but no action, bloated and obese and as thick as a plank” Long time lowcarb diabetic blog editor Eddie Mitchell was less complimentary. “Carbo and his mistress Carbsane are a disgrace to the human race and both full of shit, those mutants should be banged up in a North Korean prison camp, with the grub situation in those hell holes, it’s the only way those fat bastards will ever lose weight”  Long time lowcarb diabetic guru Rodger ‘Keto Warrior’ Jenkins stated “the lowcarb anti movement is finished, sure they make a lot of noise, but so does my arse after a Ruby Murray, but would you take dietary advice from an arsehole ?" 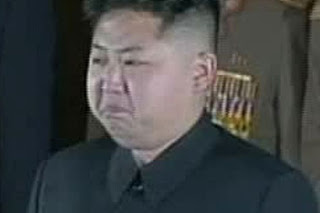 More on this story soon.

The Sun
Posted by Lowcarb team member at 14:29

Well this is highly topical and absolutely hilarious.I love reading this blog you never know whats coming next. Keep it going!

" Carbo and his mistress Carbsane "
?? Similar names with similar ideas ??

Have many of you read the Carbophile blog its complete rubbish.
Geordie

Geordie, Eddie occasionally pays a visit to carb/tubs blog, I think he likes to wind the anonymous morons up!

Me I if find carbo/tubs an insignificant nonentity who's blog content is about as interesting as him. But hey were still annoying all the right people so that got to be a plus.

To true, I found there is a striking similarity, they are both obese and abject failures when it comes to dieting.