A pleasant afternoon in Hythe

We recently enjoyed a leisurely visit to the waterfront village of Hythe which lies between the New Forest National Park and Southampton Water. Hythe and it’s surrounding area, known as the Waterside is a fascinating area to explore and steeped in history.

Hythe is also the home of the world’s oldest pier train, trundling up and down Hythe’s famous Victorian pier to catch the ferry, which sails back and forth every half hour between Hythe and the city of Southampton. 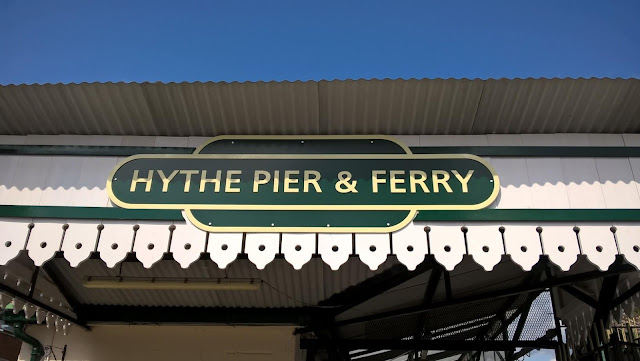 If you choose to ride the World's Oldest Pier Train, it will transport you to the pier entrance at Hythe, and after the short ride of 640 metres (2,100 feet) you will have travelled along one of the ten longest piers in the British Isles. 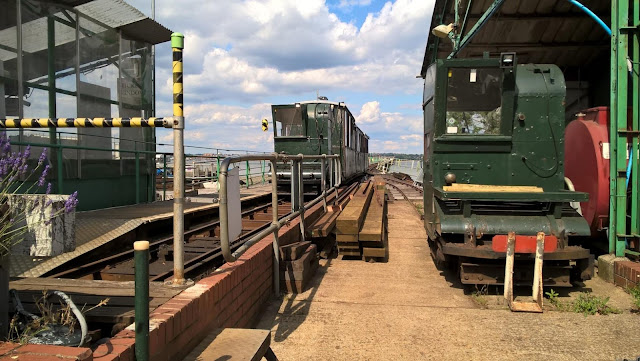 Hythe Pier Railway is Britain’s oldest continuously operating electric pier train, and has been awarded a certificate to that effect by the Guinness Book of World Records. 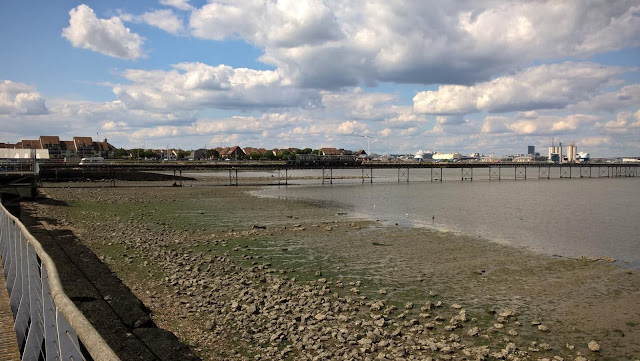 Hythe offers great locations to view the majestic cruise liners and container ships passing by, to and from the Port of Southampton. In fact, if you click on this photograph and enlarge it, that looks quite a large ship in our photograph. Hythe Marina with its distinctive fishing village style development with restaurants, or the seafront Promenade with its raised boardwalk is a very nice place to walk around. 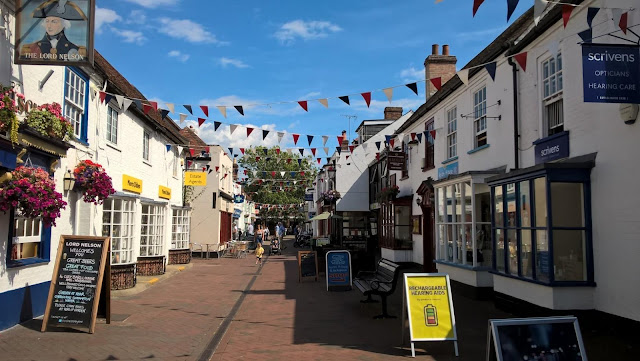 It was a beautiful day with few clouds in the blue sky, as we enjoyed a leisurely stroll around Hythe’s interesting and unique shops, cafés, pubs and restaurants. It's not a large place ... perhaps that is part of it's charm … we'll definitely go back again.

As we made our way back to the car, I was pleased I'd made the choice of a triple berry summer salad, for our early evening meal, it ended the day perfectly. 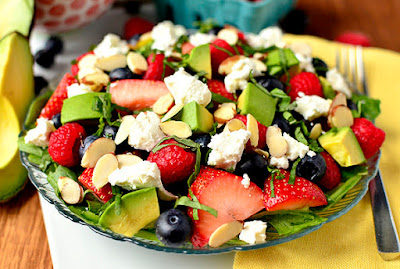 You can see more details about the salad here

All the best Jan
Posted by Lowcarb team member at 23:52

...the street of shops could be a postcard!

Hythe looks like a perfect seaside town. Watching the ships go by is a relaxing pastime. That triple berry salad looks amazing! I have never thought to mix berries and avocado so I am intrigued by that combination.

What a charming place. The berry salad looks like a perfect choice for warm weather.

Sounds like a wonderful outing and I really enjoyed seeing the photos and reading of the history...etc. And great choice for a meal. Glad you shared your day.

This would be an ideal place to sit and watch the unfolding scene. That salad looks delicious.

It looks like a wonderful day and that salad would be the icing on the cake.

I'm always fascinated that there are not verandahs on the shops, it's an odd thing to me, however the street looks cool.

It looks like a delightful outing in a charming place. And that salad certainly seems a great end to the day!

What a yummy salad! I would like to travel to this interesting place, this pier is unique.

That seems to be a truly beautiful place!
Now I have Queen´s "Seaside Rendevouz" in my sear :-)

This is fascinating. I was very impressed with the pier train. I've never seen anything like it before. I learn something new every day and this was FUN!

What a lovely place, it looks full of olde worlde charm. It's always nice to have dinner planned in advance, even if it's not ready and waiting, you can get straight on with it if you've already decided what you're having.

I have been to Hythe but not on the pier railway. I think I have missed a treat. That salad looks delicious.

A great day out and a wonderful salad at the end of it. Doesn't get much better!

Hythe looks like a beautiful place to visit and vacation. I always enjoy the waterside towns. The salad looks delicious! Wishing you a happy day and a great new week!

It has been awhile sine my last visit, I do remember the joy of the shops. The salad looks delicious...

I have been to Hythe too, but have never seen the railway. As I will be in that area next week, I will make a point of seeking it out.
Thank you so much for featuring it on this great post!😊😊

Wow...such a delicious looking salad. This I have to try!!

This isn't a town I am familiar with so I'm extra excited to see your excursion. It looks like a wonderful spot to visit -- charming and fun and really pretty. Thanks for sharing it with us!

That looks like a fun adventure. The little village looks quaint and fun to explore, my kind of place. One day I would love to travel there.

The English weather has been glorious recently, hasn't it, everything looks picture-perfect under a blue sky. Hyde looks a lovely seaside town to explore!
Wren x

What a beautiful city 💕 i just make my shopping list...to make this y@mmie salad ....love Ria 💕

Quite a pleasant spot!

What a quaint beach side town. I bet you had a fabulous visit. And definitely a delicious looking salad. Similar to one I had the other day also.

It looks like a lovely day out, ending with a delicious meal. The street with the shops is a great shot.

The English weather has been glorious recently, hasn't it, everything looks picture-perfect under a blue sky. Hyde looks a lovely seaside town to explore!
Wren x

such a delight to take walk within such lovely peaceful area dear Jan!

absolutely stunning views and serene :)
your salad after return is looking tasty

What a lovely place to visit Jan, and your tea looks wonderful. Have a very happy week, Sue x