Low Carb News : Nearly half of US households include a low carber

This article was recently posted on Diet Doctor site
"Nearly half of US households include a low carber. 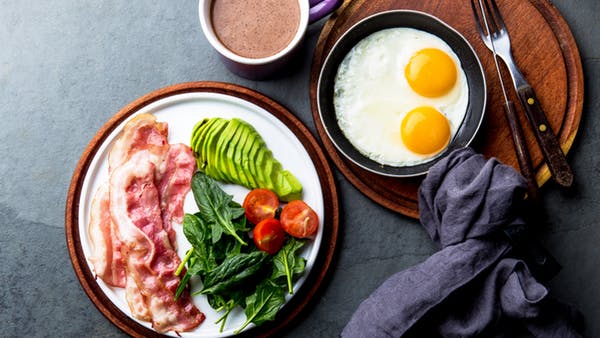 Does it seem like everyone you know is trying the low-carb diet? That impression may not be so wrong.

An online survey of adults in the US in June found that nearly half of the households polled included someone who is cutting carbs. The survey was conducted by the polling company Civic Science and reported in The Wall Street Journal in a recent lifestyle feature about the growing popularity of low-carb eating.

The article said some families are juggling the dietary needs of different family members, profiling among others a California home in which the mom is low-carb, the teen daughter is gluten-free, the young adult son is vegetarian and the dad omnivore. The mom plans weekly meals with a color-coded spread sheet.

The Wall Street Journal: Family dinner is now a battler over carbohydrates

The article notes that the number of new food products labelled “low carb” that were brought to market increased 88% in 2018. “Product launches touting cauliflower — a chameleon that is being turned into everything from rice to pizza crust — grew 53% in 2018.”

Large food manufacturers like B&G foods, which includes Green Giant products, has launched noodles made of zucchini or squash, and Tater Tots and hash browns made of low-carb veggies instead of potatoes. The company harvests 35 acres of cauliflower a week, up from just 5 acres only four years ago.

The Wall Street Journal feature is behind a low-cost subscription paywall, but the article is reporting on a trend that is no surprise to Diet Doctor readers. Low-carb, keto diets are hot! That’s because they work."

Have you reduced the amount of carbs (sugar) you eat? It's not always easy but I think most people would say they feel better for it!

All the best Jan
Posted by Lowcarb team member at 23:53

Jan, honestly I feel like I digest much better with low carb foods. At this point it doesn't stop me from eating high carb foods because I do digest them okay, just not AS okay as the low carb ones! :)

This is a great post, so full of helpful information. You have provided a lot of interesting facts. Thank you for sharing this. I learned something new here today.

I have drastically reduced my sugar intake within the past year. I've gone from 4 tsps. sugar in my morning coffee to 2 tsps. And, I stopped eating an entire package of cookies within two days.I now eat TWO cookies after lunch and/or supper.

Wonderful article, Jan. Wishing you all the best!

We have so many healthy options to choose from today. I have never been on a low carb diet but watch my sugar intake. Cauliflower has become an amazing staple for many. We have tried it different ways and it always works well.

I like the first answer up there from Tom...it is a juggling act. I go several days without both, then bam! Somedays I go several days without sugar, the other without carbs.....see, told you, I am juggling! haha. I have admit, I love carbs, I love sugar. But I have cut them all back a lot. Years ago I had to always be sure to have a loaf of bread in the house and there was bread served with dinner (I cooked back then)...now I hardly ever bring bread in the house cause if I was asked a person would learn that my fave meal is anything you can slap between two pieces of bread.

Wow, remarkable statistic! Too many carbs gives me reflux, so I limit them.

Good news. I just have to fend for myself these days, so that's not hard. Valerie

I am still working on my diet, but thank your for the information and the recipes.

I do low carb, hubby doesn´t care, though.
My Niece has diabetes 1, but they eat whatever there is. I am not to judge...

Good read.
Don't know of anyone that is on a low carb diet!
Sugar, we don't have much sugar at all, only what comes naturally in food.

Lots of great info, and I'm one of those doing much better with my carbs. It definitely makes a difference! Hugs, RO

I agree totally! Our family fits that statistic. My gym suggests as part of a weight loss program no carbs after midday is helpful. I've been known to purchase zucchini pasta and cauliflower rice!

I started low carb about a year after I was diagnosed with T2d and things were not good when I did what the diabetes educator told me to do. 2 years later my husband had a 137 fasting blood sugar at a yearly physicaland was put on metformin which I had a horrible reaction with. He often works outside with no access to bathroom facilities. He went low carb with me. At home the only sugar used is in 88% cacao chocolate. I make most things from scratch but I do buy low carb pizza crust because I haven't gotten it right yet. I also buy pre priced cauliflower in the produce area.

Thank you for liking my zucchini fritters!
Yes, we are trying to go that way....esp since my hubby is fighting cancer. Cancer loves sugar....we hate cancer...so it is an easy choice....
Nancy
wildoakdesigns.blogspot.com

I eat mostly low carb, although I will have bread occasionally, and dessert. I never use artificial sweeteners of any kind, preferring honey instead. I still bake and will indulge from time to time. Reducing sugar consumption helps me maintain my weight and health.

I know a lot of people who eat low carb. I eat low-carb probably 90% of the time, and have greatly reduced sugar consumption, just use stevia or monk sugar if needed or a bit of honey.

I eat lower carbs but I don't cut them all out. I love the information you share though and need reminders all the time! Hugs!

i find no issue with carbs but perhaps if i lowered my intake of them, i just don't know!! good information!!