Welcome August ... but did you know ! 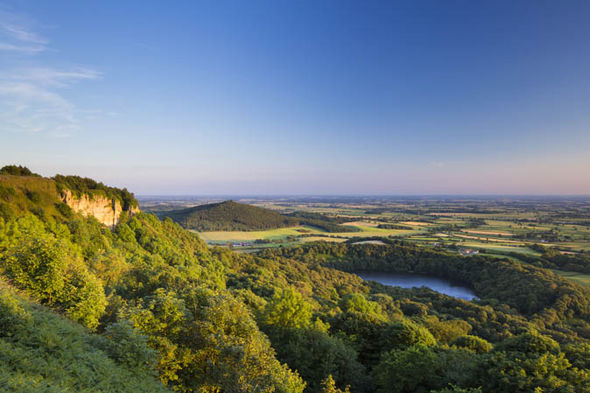 As many of us are asking 'where did July go?' it's time to celebrate a new month. Yes, August is with us, so here are a few facts about the month of August.

1. The month of August was named after Roman emperor Augustus Caesar. In Latin, Augustus meant auspicious or venerable.

2. Before 8BC the Romans called it Sextilis as it was the sixth month in their calendar.

4. In the USA August is the month that has the highest birth rate; in the UK it is September.

5. Traditionally the season for eating crayfish in Sweden begins on the second Thursday in August.

6. In the USA August is National Hair Loss Awareness Month.

8. In 2009 the Icelandic Naming Committee declared August unacceptable as a child’s name. Augustus is also not allowed.

9. Henry VI Part I and The Tempest are the only Shakespeare plays that mention the month of August. Cymbeline is The Bard’s only play mentioning the Emperor Augustus or anyone else of that name.

10. August 1st is celebrated as both Yorkshire Day and World Scout Scarf Day.

11. August's birthstones are the peridot, sardonyx, and spinel.

12. Its birth flower is the gladiolus or poppy, meaning beauty, strength of character, love, marriage and family. 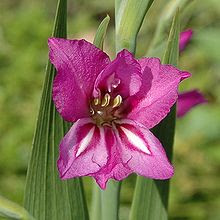 13. The Western zodiac signs for the month of August are Leo (until August 22) and Virgo (from August 23 onwards)

16. In the UK on 30 August it's National Burger Day, you can find plenty of low-carb and keto burger recipes here

There are so many other interesting things about August, I've only included 16 … you may know of some others! 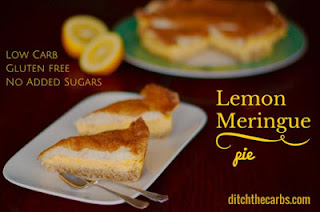 All the best Jan
Posted by Lowcarb team member at 11:50

I lived for a time in Yorkshire and enjoyed being there. Valerie

Fun August facts! That is such a beautiful Yokshire photo.

My youngest son AND his wife both have birthdays this month. And years ago, this son mowed a neighbor's lawn just to be nice and she made him a lemon meringue pie just for HIM...he didn't have to share! She made a second one for the rest of our family. That's a fun memory! Hugs!

Interesting facts, no I didn´t know!

Thanks for sharing these interesting facts!

So much that I didn't know, so a joy to visit.

Those Anglo-Saxons were smart folk.

I'll bet there aren't many Libertarians living in Iceland.

Looks at birthdays..no never had child born in Aug. My oldest is in Sept and youngest in April.
Coffee is on

Some very interesting facts about August there. Yes, it's Yorkshire Day today, I'm very lucky to live in such a beautiful county.

I had absolutely no idea about August! Very interesting, thank you. :)

My dad was born in August, and my daughter's husband also. It's ironic when I think about how much Matthew reminds me of Dad. Family first, always with both.

Some fun facts for August. I only became aware of nr. 5 when I received an email from Ikea a day or two ago announcing a crayfish festival dinner.

Very interesting!
My husband's birthday is in August and had I known the 15th was lemon pie day, he would have likely had that for his birthday. 😉 maybe this year?

Have a most beautiful day 🌻

Beautiful Yorkshire and of course yeggies.
Interesting reading today. Must look up the Lemon Meringue Pie, one of my favorites.
parsnip

Well I knew some of these, Yorkshire Day being one of them of course xx

Cute facts about August....Here in our crazy country, we have a National DAY for something almost every day.. It is such a joke.....

Interesting! My father and brother have the same birthday on August 5, and my daughter have a birthday in September. Mine is Sept 11.

August as the prime month for babies means November & December were busy months. We have an August 14 birthday, our daughter.

Some interesting facts - thank you. It seems every day is reserved to celebrate something. I lose track.

Interesting to learn about August.
My dad was born in August, he would have been 98!!

Cool facts! I learned a lot about August that I didn't know. Happy August to you!

These are some really interesting August tidbits. National Lemon Meringue Day is a tempting one, got me thinking of food now. Happy August to you my friend!

Wishing you a wonderful weekend!

Yes, July went so fast. We are already done with half the year.

Jan - having lived in the UK two times, and having a hubby from the northeast, I am delighted to know that today is National Yorkshire Day! But I am even more excited about Lemon Meringue Day - I love anything lemon and you have my mouth watering! I hope you have a wonderful August!

Really interesting post. After spending a couple of hours in the garden yesterday I can understand its title of 'weed month'.

There's some weird and wonderful celebrations of August there. Is that Malham Tarn?

Happy August to you, nice to see the Yorkshire.

The panoramic shot of Yorkshire is very beautiful indeed. My daughter just returned from a visit to the UK and Yorkshire was her favourite place to stay.

What a fun post, so many interesting facts about the month of August.
I love Lemon Meringue, YUM! Have a happy day and a great weekend!
PS, thanks for visiting my blog.

August facts that I never knew. Thank you and that is a beautiful view of Yorkshire.

Great article about August ~ thanks, ^_^

Happy Day to You,
A ShutterBug Explores,
aka (A Creative Harbor)

I had no idea on any of these but any month that celebrates lemon meringue pie is OK in my book!

What a great post Jan! Thank you for all this information! Lots of fun! Big Hugs and Happy August!