A happy, prosperous and above all a healthy New Year. 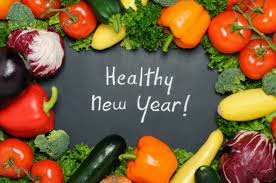 Well another year has past.  All the many low carbers from the old days at diabetes.co.uk, many from over five years ago are all doing well. I keep in touch with many of them. Happy birthday to the mega star Libby, the woman that shed eight stone and has kept it off for years and holds HbA1c in the fours year after year. I never got into the fours. To Hana and Ian still doing well and still spreading the word. To Janet (not my Janet) Red, Fergus, Ray, John, Dillinger, Graham, Paul, Kath, Tess, Indy Jill, Galina, Doug, Franziska, Jimmy, Jay, Fred, Lynda, Marc, Karen, Lisa, Lori, Geoff, PaulB, Jean, Sheila, Leigh, Alison and so many more, sorry if I have not named you. Thanks for the help and encouragement.

To the low carb antis and naysayers, thank you for keeping me motivated. If I and my friends had not been banned from some UK diabetes forums, I may have walked away years ago, you negative antis give me a reason to fight on. You guys are the reason I started this blog, it has given us a voice and our blogs have received over a million page views. For me the lampooning and ridiculing is not that personal, as the mafia say, "It was never personal it was business" My business is spreading the low carb word and breaking down the dietary lunacy that has brought about an early and painful death for so many diabetics. I have had much to say re the low carb antis, I fully appreciate they are no wiser, but I hope they have become better informed.

So my low carb friends, a very positive and rewarding year has come to an end. Everywhere we look the scientific evidence is proving us right. The WHO want a 50% reduction in sugar recommendations. The Swedish government has endorsed low carb, and most importantly, the ordinary men and women out there are getting the message. Some say our experience is only anecdotal, and cannot be relied upon, well my BG meter, weighing scales, blood tests and lipid profile is not anecdotal, the numbers speak for themselves and are facts that speak for themselves. As they do for countless people around the world. Low carb high fat works, and keeps on working.

That's my lot for now, it's my birthday today, at sixty four years of age everything still works, (without the need for viagra LOL) I have a bottle of Champagne chilling in the fridge and a nice old Rioja breathing in the kitchen, don't expect too much from me tomorrow.

Last thank you to my Janet who without her I am nothing.

Have a good one Eddie

Posted by Lowcarb team member at 16:51

Thanks and Happy Birthday Eddie

Happy Birthday. You work so hard to help others. Here's to the next five years.
Nicky

To you all - thanks

What a year eh folks.Thanks for the kind words. I never forget I am only as good as the people around me, I am fortunate, I work and live with the best.

Happy Birthday, Eddie! And my very best wishes to you and Jan for the coming year :)

Love from all the girls at Madam Clare's massage parlour.

I think you are confusing me with Graham aka the tripod.

Happy Birthday!!! I guess the neat part about having a birthday on Dec 31st is there is always a party. Also...your birthday is never 'next' year. It's always this year.

Thanks all, it's ten PM here, the booze has chilled me out to the point of non compos mentis. Some say I am nuts whatever the time of day, ask me if I care.

Have a good one folks.

Hope you had a great birthday Eddie, here's to many more.

Happy New Year to you and Jan - I've enjoyed your blog throughout the year and really appreciate all the news that you update with. I've been known to "steal" some from time to time but hey, that's how the message get spread.

I hope you have made a new years resolution not to be such a biggot and understand that people have a choice not just yours.

Anonymous said...
I hope you have made a new years resolution not to be such a biggot and understand that people have a choice not just yours.

People have a choice no one has to follow me or accept what I say. I have made a few New Years resolutions. Number 1 no more Mr. Nice Guy. We intend to give idiot dietitians on the payroll of junk food and big pharma a much tougher time and as for the antis, I am going to eat them alive Ha Ha.

Thanks for the kind words folks,thank god it's only once a year, I'm shattered.

You use the word vile a lot, it gives you away.

I will be upsetting all the right people again this year, especially you. Good innit, now away and take your medication.

Anonymous said...
I hope you have made a new years resolution not to be such a biggot and understand that people have a choice not just yours.

What you need to understand anon is that while there are people pushing a high carb diet for T2s we will never let up, and while the LC antis still operate at DCUK spouting the same garbage they did five years ago they remain a legitimate target.

Why don't you make a News Years resolution to stop being such a coward and at least post with a recognisable forum name, Brett and others to their credit have done it and even though we'll never see eye to eye they unlike you they have earned our respect for their honesty.

By the way what on earth is a biggot?