A woman’s thing? Well maybe, but the tips are useful for all, if you have a four wheeled friend !

I first posted this back in 2014, but I think it's still relevant!

Reading an article recently it was talking about how many women name their cars. Apparently far more women then men do !

Well speaking personally, I can relate to this. In my youth, gosh that must have been last year LOL ! I too used to name my cars, Eddie thought it madness, but the kids (children) didn‘t seem to mind. Humour mum they probably thought … it‘s ok !

My cars have been named, Miranda, Harriet, Milly, Tilly …… to name a few. Notice there are none with a male name. I suddenly realised my present car doesn‘t have a name SHOCK ! Does this mean I‘m finally growing up !!!!!!!

I’ve never been too attached to cars, as long as they’ve got me from A to B, usually with kids in the back as I’ve done my chauffeuring, I’ve been happy.

I have to own up, I don’t know the first thing about cars - but do get them serviced and looked at regularly. Eddie is my first port of call if anything goes astray, and if he can‘t fix it - or isn‘t sure, then it‘s to our favourite and reliable garage. We‘ve used the same garage for a good many years now and many recommendations about them have been made to family and friends.

So enough of it’s “ a woman’s thing maybe”

Here are five simple tips to keep your car on the road this winter:

1) Charge the battery. Dead car batteries are common in winter - and most fail on a Monday morning, after being left standing over the weekend.

2) De-ice your car. If you are caught driving with an unclear windscreen or car you could be fined £1000-00.

3) Check the anti-freeze. Check the water tank under the bonnet once a week or before long journeys.

4) Check your tyres. It’s important to check tyres regularly, as they determine your car’s grip on the road.

I copied these tips from my local county magazine, and I think they originally got them from Auto Trader, but the main thing is keep safe. 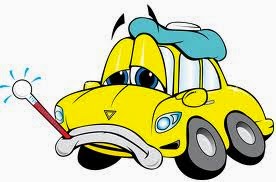 And if you are setting out on a journey soon please drive carefully and why not start the journey on a full stomach, may I suggest ham and eggs, a great LCHF meal. 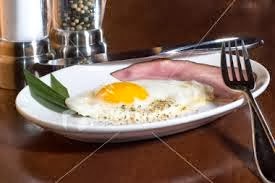 All the best Jan
Posted by Lowcarb team member at 14:02

That's funny, I've never given my cars a name but I remember a woman friend who gave a name to all the camper vans they owned.
Good tips to keep the car in good condition in winter, luckily we don't get that type of weather here in Perth, but I must remember to pump up my tyres ...

I've never named my car, but my younger sister does regularly. I think her current car is Lola.

I always named my cars, they were always red and were called 'red lola'. Those were the days! Hugs, Valerie

Hello, I named my cars in the past but now lately. Great tips for the drivers and car owners.

Have a happy day and week ahead!

...men and women sure are different.

We had Rhonda and Wanda Honda(s), the van was 'the elephant', the pt cruiser was Black Beuty and the Chrysler 200 is The Wild Child. It helps to have a name to use when you are cursing them out.

Many thanks for these great tips. I don't always think of all these without prompting!🤔
And, oh yes, names...our cars have had many too...the current one being "Banana", due to her yellow colour and "FYF" number plate!! Lol
Wow, that breakfast loo so good...don't suppose there's enough for one more? Haha

I've always named my cars and my husbands too!! My first was called Peanut!!
Seeing your last photo gives me a craving for a fried egg!!!
Have a great day :)

Thanks for these great winter tips!

I have a female car - she was made in 1998 in Canada somewhere, she was the first of the new Toyota Solaro's to come out. She has been a wonderful reliable friend for almost 20 years and still runs great. We have had to put very little money into her to keep her running. My husband 's friend is a man - he is a 2006 Jeep - and he is also reliable and gets us where we need to go in winter when the snow and ice are around. He is a hefty guy 4 wheel drive and never complaints. But, we have never named them, maybe we finally should. Caroline came to mind for my car.

Here in Canada it's pretty much a requirement to change tires- snow tires in the winter. And there are always people who leave it until it's too late, after the first serious snowfall.

haven't named our car but many years ago when we were first married my husband called our car many names when it constantly broke down!!
Great winter tips!!

I used to call my cars female names but don't call them anything of late.

I named my first car Cecilia. I think I named my second car but I can't remember the name.

I somewhere read cars in America/English-spoken countries are female.
In German they´re male. But actually, though in my mind my car is male I´ve never given them any names.

ARIGATOU(Thank you so much!!)
I hope you and your family have a wonderful holiday and a prosperous new year!
On Japanese New Year ‘s customs;
Adults put money in a special envelope and give it to children.
This is called “otoshidama” and many children look forward to it very much!
Ryoma.

I have had my car for 15 years. She was not new when we bought her.
I absolutely love her and I can hear you ask what is her name.
Myrtle......after my wonderful Aunt who passed away prematurely.
My Aunt was fun, so is the car :)

What's in a name? Recently renamed my 01' reddish Jeep Cherokee; originally called her RUSTY but thought CHERRY-OKEE was a more fun sounding name. Who wants to be known as Rusty anyway. Always name our vehicles and go by if it's standard shift it's a boy, automatic a girl. Lots of fun to figure out what a vehicle wants to be named. Yea, they have personalities....... LOL.

Our green 97' Jeep is named OLIVE. She's cool and loves to climb rocks.

this was an interesting read as i have never named my car!! i have not driven in many years and "my" car isn't even mine anymore!! i did name my robot vacuum alice - i name things like that!!!

This has me smiling, I always name my cars.xxx

That's a great list and I love ham and eggs!

Happy Week to you,
A ShutterBug Explores,
aka (A Creative Harbor)