Sam at the flog talking to low carb anti and meds pusher AM Breadvan.

"Studies that found DAFNE to be effective? Don't make me laugh. Of the references in the link, NONE of them report an HbA1c below 6.5% - in fact NONE below 7.6%. I've seen these studies before, they're on the Diabetes UK website as support for DAFNE. Bearing in mind that these are the studies that report success, let's take a look at the final HbA1c results that each reported:9%, 9%, 7.6%, 8.4%, 8.8%, 7.8%, 8.6%And these are the papers used by Diabetes UK and the NHS to report on the SUCCESS of DAFNE! I don't call that success, I call that a failure. No wonder 93% of Type 1s aren't hitting the 6.5% HbA1c target when they're being guided by advice from disastrous studies that are branded as successful.Two of the papers are from the 1980s (the HbA1c results in the 9s) - call that contemporary modern, effiacious research? Nope, didn't think so.Most of the references in that link are about improvements to peoples' lifestyles as a result of DAFNE. That's how they brand DAFNE a success. I'd brand it as a success if it brought the participants' risk of complications to be at unity with the non-diabetic population. But it doesn't, does it?The people peddling DAFNE are either blind to the FACT that it is inefficacous for a population, are stupid, or are deliberately misleading.Maybe we should all aim for an HbA1c in the 7s, 8s and 9s and so that we can say that our diabetes management is a success. On second thoughts, I'll low carb and keep my eyesight."

From Noblehead AKA Pinocchio who loves DAFNE

"It's how people use the tools that they've learnt that makes the difference, if you take the type1's on this forum there's members who eat as little as 30g a day to those who consume up to 300g, most of us have good control so what makes us different?......one answer we are all pro-active in our diabetes management, the same can be said for other members on other forums who have good diabetes control and Hba1c's."

Who used to say.

""I have seen dieticians, read books, spoke to my diabetic care team, and none have offered any constructive advice on controlling weight. Reading this forum has been helpful, and reading other peoples experiences in controlling their diabetes and improving Hba1c's, has been inspirational !

I can't recollect at any time been given advice on reducing carbs to control weight. I have always been told to eat plenty of carbs at every meal, together with the usual meat and veg. Once I was told that a bowl of cereal for breakfast was insufficient, and should include 2 slices of toast also. Looking back I can now see how flawed this advice/information has been.
Cutting back on the carbs, reducing portion size and eating sensible foods, combined with plenty of exercise has changed my approach to diabetes. I am now eating approximately half the amount of carbs I ate only 3 months back, and at last my weight is starting to drop. Before I started to cut back I was 14st 12lb, and being only 5ft 9'' was well overweight, and my BMI was 31." As can be seen here.

Nicked from the flog without Sam's permission. 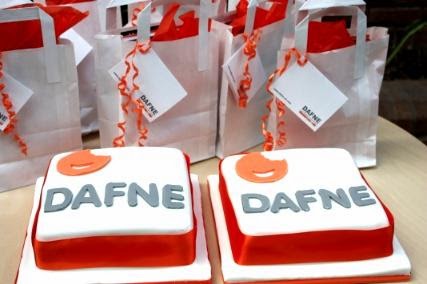 Please note this is a genuine photograph of what DAFNE participants get to eat and take home from the course. Ya couldn't make it up !

PS. Ask Noblehead about his eye operations to save his sight he has posted in the past on the flog. Be quick before he deletes them all, that's how he operates.
Posted by Lowcarb team member at 12:46

"let's take a look at the final HbA1c results that each reported:

Truly deplorable figures to ANYONE who takes their diabetes seriously.

As you say the numbers are horrendous, brought about, among other reasons by the lunacy promoted by DAFNE and the liars and fantasists on places like DCUK.

The low carb antis are becoming more desperate as each week passes. Most are exposed liars,or barking mad, but with not a shred of pride or dignity they just soldier on oblivious.

[quote="phoenix, post: 505855, member: 12578"]Sorry you didn't understand what I said. It was an answer to the previous post from Sam (and I know he reads the literature)
However, I'm sure that you can laugh about it elsewhere.:([/quote]