A blast from the past, but nothing has changed. The BDA dietary information for type two diabetics has been "Under review" for a long time as can be seen here. When they finally make up their minds what constitutes sound information, will they be recommending a low carb high good quality fats diet to diabetics? I reckon there is more chance of Father Christmas turning up at my house.

From the British Dietetic Association website re a recent meeting of members.

"Carbohydrate Advice in Type 2 Diabetes – The ‘Hot Potato’ of ! ! Dietetics?"

"The latest UK nutrition guidelines for diabetes suggest an individualised approach to carbohydrate in Type 2 diabetes, and focus on calorie reduction and weight management in those who need to lose weight. But where does that leave more detailed or speciﬁc advice about carbohydrate for individual patients? What should Dietitians be advising their patients? Preliminary research into the current practice of UK Dietitians in this topical ﬁeld will be reported, together with the current evidence-base. Participants in this session will have the opportunity to review their own practice in this area and contribute to the ongoing debate."

As you may have noticed dietitians have featured heavily in my posts so far this year. Diabetes care in the UK is abysmal for the majority of diabetics. The NHS audited annual statistics are grim, and they are grim year after year, no progress is being made, in fact the situation is getting worse. One of the keystones of good diabetes control is diet. And the experts on diet in the UK are the dietitians who are members of the British Dietetic Association. Recently they held a meeting and produced a survey conducted on some of their members opinions, some of the results you see below. As you can see their methods seem to be very unsound, in fact I don't see any method at all. Clearly UK dietitians have no general guidelines or policy agreement to work to whatsoever. To the question How frequently do you advise carbohydrate restriction with type two diabetes on oral medication, sometimes was the answer for the most. The question what would be a realistic carbohydrate restriction in type two diabetes 30 to 50% of energy was the overwhelming reply.

The $64000 question is, how could any successful organisation operate with absolutely no overall common policy ? no corporate structure or method of operation whatsoever. Remember we are not talking about flogging nuts and bolts here, we are talking about the health of millions of people. Is it any wonder the UK diabetes statistics are so grim, when the very organisation that should be leading the way to better health for so many, could not run a whelk stall. Until the BDA at the very least, issue some basic guidelines to their members and have some sort of common policy, regarding carbohydrate control or restriction, the carnage will go on. It is my opinion, the BDA is at the very least partly responsible for the early death of countless diabetics. Will it be ever thus ? 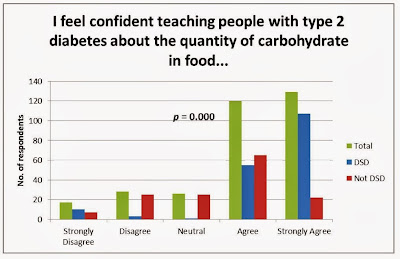 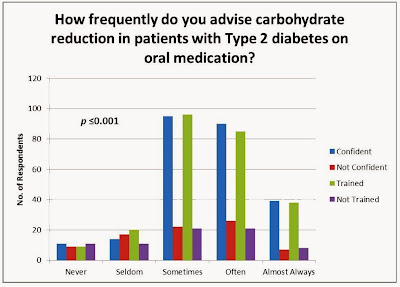 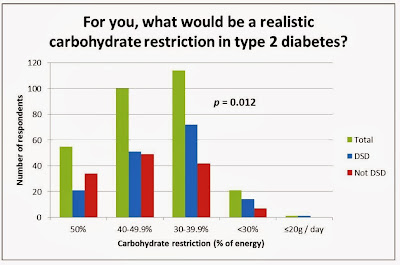 Posted by Lowcarb team member at 19:33