More Bonkers by the hour ! 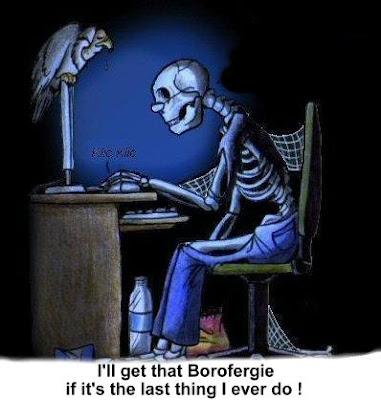 Posted by Lowcarb team member at 10:52

More hypocrisy from Sid Bonkers who is the biggest trouble maker on the forum!

Normally I think Sid's wrong. But this time I think he's right.

Probability theory dictates that he will one day be right about something.

I think Sid Bonkers should be given a bit of leeway! As one of the world's few surviving "Brain Donors" his self appointed role as the intellectual skidmark at D.co.uk is an inspiration to us all!