September is the ninth month of the year in the Gregorian calendar, coming between August and October. It has 30 days. Its name comes from the Latin word sept for "seven" (it was the seventh month of the year, before January and February were added to the beginning of the year.) 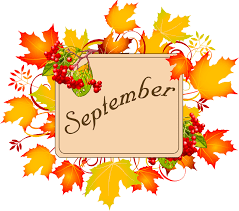 September begins on the same day of the week as December every year, as each day in September and its equivalent in December are 91 days (13 weeks) apart.

In the old Roman calendar, September was the seventh month, which is where it got its name ("Septem" means "seventh"). The ninth month at the time was November ("Novem" means "ninth"). With Julius Caesar's calendar reform, September became the ninth month, with 30 days. September comes after August and before October.

An equinox occurs in September, either on the 22nd or 23rd, meaning there are days and nights of about equal length, half way between the June and December solstices. In the Northern Hemisphere, Autumn (Fall) begins in this month, while in the Southern Hemisphere, this is the beginning of Spring.

In most Northern Hemisphere countries, school starts in this month, following the summer holidays. (In 2020 Covid 19 has affected school attendance with many pupils studying at home with online sessions).

In Ancient Greece, September was called Boedromion. The Anglo-Saxons called it Gerstmonath, meaning "Barley month", referring to the harvest. In other countries, it is referred to as Autumn Month, such as in Finland (Syyskuu) and German-speaking parts of Switzerland (Herbstmonat).

The birth stone for September is the sapphire, symbolising clear thinking. 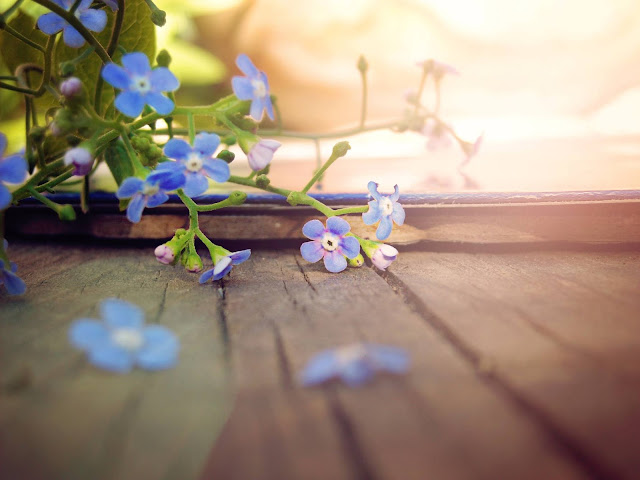 The birth flowers for the month are the forget-me-not (picture above), morning glory and aster.

In the English language, September comes last alphabetically out of all the months of the year.

Also in the English language, September has the longest name of all the months of the year, with nine letters. Coincidentally, it is also the ninth month.
September is the first of four months in-a-row to have a name ending in "ber", with the last three months of the year, October, November and December, also doing so.

The above and more to read with all reference links here

September 5th is National Cheese Pizza Day, so have your ingredients and recipe ready! 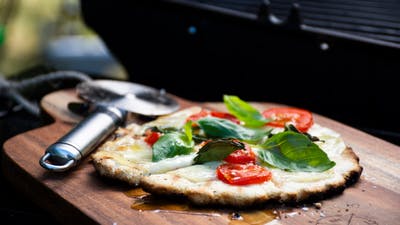 Dear reader, you will find a variety of articles and recipe ideas within this blog, and not all may be suitable for you. If you may have any food allergies, or underlying health issues these must always be taken into account. If you are a diabetic and not sure how certain foods may affect your blood sugars, test is best, i.e. use your meter.

All the best Jan
Posted by Lowcarb team member at 18:47

Cheese pizza has a day?

Thanks for sharing September facts with us! Count me in for pizza day!

Nice to learn some things about September.
We will have to have pizza this Saturday!!

Fascinating read. I learned a lot of new things!

The one thing I like about September is pizza night.

First of all, THANK YOU for dropping by my blog to "chat":) Second, I did not know that fact about Sept. & Dec. always starting on the same day of the week! Wow! Even at my age I seem to learn something new every day...and I love that! I am sooo looking forward to Oct. when we will finally begin to have some cooler weather. Years ago Sept. was the month that our neck of the woods began to cool, but these days Sept. is normally still a hot month. And I am soooooo over hot weather!!!! Come back to visit sometime...I'm always up for a chat:)

I always really love your first of the month posts. I always learn something new and interesting! September is a splendid month -- fickle weather, but still, quite lovely

I'm quite pleased and surprised that I learned so much I didn't know about September. That was a great post.

September is a beautiful month, often with sunny warm days offset by cool nights. Cheese pizza day sounds like something to celebrate!

How interesting is all of that, most of which I didn't know, some of it put out of my mind...nice to have those bits refreshed.

Interesting post. How inconvenient that is was properly named as the seventh month only to be changed.

that's interesting stuff, thanks for putting it together.

Well that tomorrow's dinner sorted then.

Happy September to you! Love the flowers and the pizza YUM!

Thanks for sharing! Enjoy your day, wishing you a happy weekend!

ohh what a wonderful post and nice reading!Beautiful beautiful photo of the flower of the month!

Wish you a grea weekend!

Lots of interesting facts which I didn't know.

Wow!!!I thought I knew everything but now I know that I still have some learning to do ☕🌷

I count seasons by the meteorological reckoning, so I'm already in Autumn :)

I enjoy the food holidays, but cheese pizza day had slipped up on me. I think I have the makings... Thanks for the timely reminder :)

Always a joy to learn something new.

Interesting facts about September. I had no idea September and December began on the same day of the week.
Didn't know about Pizza day either, but it falls on my husband's birthday, so maybe he deserves something more than Pizza :)
Spring has started here in Australia, yayy...

Live each moment with love,

Well there's a lot there that I didn't know, but cheese pizza day - there's something to celebrate! xx

thank you for knowledge that i had no idea about dear Jan :)

I love September ,it is starting point for dropping temps here in southern Pakistan