Nutrients That You Can't Get From Plant Foods : Here Are Seven !

In 2018 it would seem that vegetarian and vegan diets may be the choice for many... "and may be very healthy for some people. However, there are a few important nutrients that are impossible to get from commonly consumed plant foods. So, if you plan to completely eliminate animal foods, then be extra prudent about your diet and make sure you are getting everything your body needs"... so says Atli Arnarson, PhD … the article continues:

"Humans evolved eating both plant foods and animal foods. By completely eliminating either, we risk becoming deficient in key nutrients. This article lists 7 nutrients that you can not get from commonly consumed plant foods. Vegetarians and vegans may need to supplement with some of them in order to maintain optimal health.

Vegans must get vitamin B12 by taking supplements or eating enriched food or certain types of seaweed. Many processed foods have been enriched with vitamin B12. These include enriched yeast extracts, soya products, breakfast cereals, bread and meat-substitutes. In addition, a few plant foods naturally contain small amounts of bioactive vitamin B12. These include:
Nori seaweed, a type of marine algae.
Tempeh, a fermented soy product.

Nori seaweed is considered the most suitable source of biologically available vitamin B12 for vegans.

Keep in mind that raw or freeze-dried nori may be better than conventionally dried. It seems that some of the vitamin B12 is destroyed in the drying process.

Another plant food often claimed to contain vitamin B12 is spirulina. However, spirulina contains so-called pseudovitamin B12, which is not biologically available. For this reason, it is not suitable as a source of vitamin B12.

Bottom Line: Vitamin B12 is only found in animal foods and certain types of seaweed. Vegans can get vitamin B12 by taking supplements, eating enriched foods or eating nori seaweed.

2. Creatine
Creatine is a molecule found in animal foods. Most of it is stored in muscles, but significant amounts are also concentrated in the brain. It functions as an easily-acessible energy reserve for muscle cells, giving them greater strength and endurance. For this reason, it is one of the world's most popular supplements for muscle building. Studies have shown that creatine supplementation can increase both muscle mass and strength. Creatine is not essential in the diet, since it can be produced by the liver. However, vegetarians have lower amounts of creatine in their muscles. Placing people on a lacto-ovo vegetarian diet for 26 days causes a significant decrease in muscle creatine. Because creatine is not found in any plant foods, vegetarians and vegans can only get it from supplements.

Many of these effects are stronger in vegetarians than meat eaters. For example, vegetarians taking creatine supplements may experience significant improvements in brain function while meat eaters see no difference.
Bottom Line: Creatine is a bioactive compound that is lacking in vegetarian diets. It plays an important role in brain and muscle function.

Bottom Line: Carnosine is a nutrient only found in animal foods. It is important for muscle function. Beta-alanine supplements are effective at increasing the levels of carnosine in muscles.

4. Cholecalciferol (Vitamin D3)
Vitamin D is an essential nutrient that has many important functions. Deficiency in vitamin D is linked to increased risk of various adverse conditions. These include:
Osteoporosis, with increased risk of fractures in the elderly.
Cancer.
Heart disease.
Multiple sclerosis.
Depression.
Impaired brain function.
Muscle wasting and reduced strength, especially in elderly people.

Osteoporosis (weak bones) and rickets (bone malformation) are the best known effects of vitamin D deficiency. Whether vitamin D deficiency contributes to the other conditions, or is just associated with them, is less clear. Also called the sunshine vitamin, vitamin D doesn't have to come from the diet. It can be produced by our own skin when it is exposed to sunlight. However, when sunlight exposure is limited, we have to get it from food (or supplements).

There are two types of vitamin D in the diet, ergocalciferol (D2) found in plants, and cholecalciferol (D3) found in animal foods.

Of the two types of vitamin D, cholecalciferol (from animals) is much more potent than ergocalciferol. In other words, it increases blood levels of bioactive vitamin D much more efficiently.

The best sources of cholecalciferol are fatty fish and egg yolks. Other sources include supplements, cod liver oil, or enriched foods such as milk or cereals.
Bottom Line: Cholecalciferol (D3) is a type of vitamin D found in animal foods, especially fatty fish. It is much more effective than the plant form of vitamin D, ergocalciferol (D2).

5. Docosahexaenoic Acid (DHA)
Docosahexaenoic acid (DHA) is an essential omega-3 fatty acid. It is important for normal brain development and function. Deficiency in DHA can have adverse effects on mental health and brain function, especially in children. In addition, inadequate DHA intake in pregnant women may adversely affect brain development in the child. It is mainly found in fatty fish and fish oil, but also in some types of microalgae. In the body, DHA can also be made from the omega-3 fatty acid ALA, which is found in high amounts in flaxseeds, chia seeds and walnuts. However, the conversion of ALA to DHA is inefficient. For this reason, vegetarians and vegans are often lower in DHA than meat eaters. Vegans can get this important fatty acid by taking supplements (algal oil) made from certain microalgae.
Bottom Line: Docosahexaenoic acid (DHA) is an essential omega-3 fatty acid found in fatty fish and fish oil. It is also found in microalgae, which are a suitable dietary source for vegetarians.

7. Taurine
Taurine is a sulfur compound found in various body tissues, including the brain, heart and kidneys. The function of taurine in the body is not entirely clear. However, it appears that it may play a role in muscle function, bile salt formation and the body’s antioxidant defences. Supplementation with taurine may have various benefits for heart health such as lowering blood pressure. Taurine is only found in animal foods such as fish, seafood, meat, poultry and dairy products. It is not essential in the diet since small amounts are produced by the body. However, dietary taurine may play a major role in the maintenance of taurine levels in the body. Levels of taurine are significantly lower in vegans than in meat eaters.
Bottom Line: Taurine is a sulfur compound that has many important functions in the body. It is only found in animal foods.

Vegetarian and vegan diets may be very healthy for some people. However, there are a few important nutrients that are impossible to get from commonly consumed plant foods. If you plan to completely eliminate animal foods, then be extra prudent about your diet and make sure you are getting everything your body needs."

The above is taken from Atli's article, please see it in full with all relevant links here 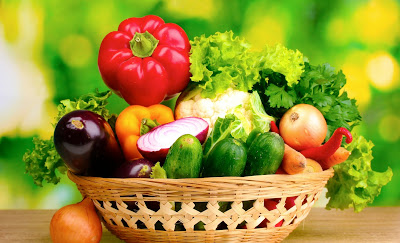 Regular readers will know that a variety of articles/recipes are within this blog. It is important to note, not all may be suitable for you. If you may have any food allergies, or underlying health issues these must always be taken into account. If you are a diabetic and not sure how certain foods may affect your blood sugars, test is best, i.e. use your meter.

All the best Jan
Posted by Lowcarb team member at 18:41

Very good information, thanks for sharing!

Goodness, Jan. I had no idea how many nutrients I was losing in my vegetarian diet. I have written down the supplements I apparently need to improve brain function and reduce muscle loss. Thanks for sharing this.

That's top class information for vegetarians. Luckily (or not) I am not a veggie and I hope I get all the vitamins required from the very varied diet I eat - meat, fish, fruit and veg. It's a diet that served us well before the modern day fads and foibles.

I try. And as a non meat eater my iron levels are high.

I needed all this information in one place.

That's some great information. Thank you!

A lot of minerals in grow your own root veggies, many commercial fields are depleted

Generally speaking I still think it's best to be an omnivore.

Thanks for the info Jan.

I think we all know, almost instinctively, that fresh vegetables and fruit are a very important part of a healthy diet. I am not a vegetarian, and at this stage of my life probably never will be, but we have cut down appreciably on the amount of meat that we eat, especially red meat. Tonight, for example, we had filet of sole and orzo salad for dinner. Orzo salad is not replete with fresh vegetables but it does have tomato, basil, mint, and chickpeas. Then the pasta provides some carbohydrates too. There is lots of salad left, so tomorrow we will have a lemon mushroom chicken dish I make with it. The oil component of the salad is a good quality olive oil and the fish was pan fried in avocado oil. And apart from all the good ingredients it was delicious!

Taurine is good for the eyes too. It is believed that it even can prevent glaucoma, so many take it.

I'm not vegetarian but prefer fish to meat. I was aware of the B12 and D3 but had no idea of all the other nutrients vegetarians don't consume.
Great article Jan.

I love my meat, but this was very interesting!

this was a great read, i suspect i am missing a few!!

Thanks for the great information, Jan!

Happy Day to you,
A ShutterBug Explores

Useful post. I am mostly vegetarian but eat fish, take vitamin D supplements and use a lot of yeast extract.

Thanks for the information. I'm a vegetarian and the majority of the time, my bloodworks are fine, but this was quite interesting.