The Day After Christmas ...

"Boxing Day takes place (the day after Christmas) on December 26th and is only celebrated in a few countries; mainly ones historically connected to the UK (such as Canada, Australia, South Africa and New Zealand) and in many European countries. In Germany it is known as "Zweite Feiertag” (which means 'second celebration') and also “Zweiter Weihnachtsfeiertag” which translates as Boxing Day (although it doesn’t literally mean that)!

It was started in the UK about 800 years ago, during the Middle Ages. It was the day when the alms box, collection boxes for the poor often kept in churches, were traditionally opened so that the contents could be distributed to poor people. Some churches still open these boxes on Boxing Day. 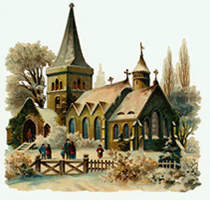 It might have been the Romans that first brought this type of collecting box to the UK, but they used them to collect money for the betting games which they played during their winter celebrations!

In Holland, some collection boxes were made out of a rough pottery called 'earthenware' and were shaped like pigs. Perhaps this is where we get the term 'Piggy Bank'!

The Christmas Carol, Good King Wenceslas, is set on Boxing Day and is about a King in the Middle Ages who brings food to a poor family.

It was also traditional that servants got the day off to celebrate Christmas with their families on Boxing Day. Before World War II, it was common for working people (such as milkmen and butchers) to travel round their delivery places and collect their Christmas box or tip. This tradition has now mostly stopped and any Christmas tips, given to people such as postal workers and newspaper delivery children, are not normally given or collected on Boxing Day.

Boxing Day has now become another public holiday in countries such as the UK, Canada, Australia and New Zealand. It is also the traditional day that Pantomimes started to play.

There are also often sports played on Boxing Day in the UK, especially horse racing and football matches! It's also when shops traditionally had big sales after Christmas in the UK (like Black Friday in the USA).

The 26th December is also St. Stephen's Day. Just to confuse things, there are two St. Stephens in history! The first St. Stephen was a very early follower of Jesus and was the first Christian Martyr (a person who dies for their religious beliefs). He was stoned to death by Jews who didn't believe in Jesus.

The second St. Stephen was a Missionary, in Sweden, in the 800's. He loved all animals but particularly horses (perhaps why there is traditionally horse racing on boxing day). He was also a martyr and was killed by pagans in Sweden. In Germany there was a tradition that horses would be ridden around the inside of the church during the St. Stephen's Day service!

St. Stephen's Day (or 'the feast of Stephen') is when the Carol 'Good King Wenceslas' is set. It's about helping the poor - so it has a strong connection to Boxing Day."

Words above taken from article, which has additional links, here

Talking about tradition, for as many years as I can remember, it was always a Boxing Day tradition for the family, with any relations who may be visiting, to enjoy a walk. Some years it was not possible due to very bad weather, and I don't think our weather forecast is too promising, and umbrella's and boots may be needed ... 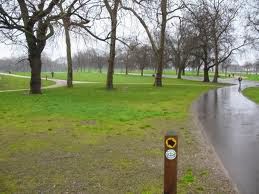 I think a nice bowl of Turkey Soup
could be most welcome ...
you can find more details here 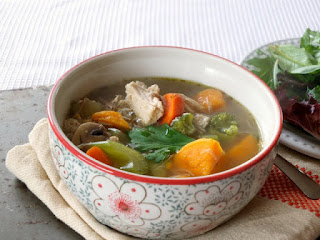 ...thanks for the meaning of Boxing Day!

Thanks for the infos! Valerie

I enjoyed reading this about Boxing Day and thank you for the soup link. All the best Jan :)

I hope you do get your walk and it isn't too damp. And would love some of that dampness here.

I have been letting my usual exercise routine lapse at Christmas. I thought I had integrated it into my life and this wouldn't happen. Oh well, we live and learn. A traditional walk come what may sounds like a good idea. Happy Christmas and New Year to you!

Thanks for this information, enjoy your (maybe soggy) day!

What a great tradition, boxing day...nice. Here we generally give before Christmas and its in the form of a donation of food, toys or something for the elderly. Last yr my family and I found an elderly lady and we spent about 350 on her. We planned on keeping moms memory going by continuing to do that but I had so much on my plate that I did not start it...if I don't start it, it don't get done basically. I however gave toys to two different places collecting and sent a check to a friend whose hubby recently found out he has mouth cancer. I figured I would do on my end even if I did not include the family.

Thanks for the explanation of what Boxing Day is.

That is interesting about the special days. I love a bowl of vegetable soup on a winter day!

I thought this was going to be a post about high blood sugars and dietary regrets.

Glad I know what Boxing Day is now.

I do appreciate learning about Boxing Day, as I had not known the history. So interesting! A nice walk and a return to that delicious looking soup sounds wonderful! Hope you have a lovely holiday and that the New Year has many blessings. x Karen

What an interesting post. I hope you had a good Boxing Day.

Many thanks for your comment... Happy holidays and best wishes for 2020

Jan,
Thoroughly enjoyed reading about Boxing Day!!!
I hope you had a wonderful Christmas with your family!!!
Thanks so much for stopping by!! I truly appreciate it!!
Hugs,
Debbie

Thank you - we don't celebrate Boxing Day here and I've wondered just what and why. Hope yours went well.

We always remember St. Stephen's Day and sing Good King Wenceslaus on that day -the 2nd Day of Christmas :) The turkey soup and a walk sound like ideas that'd make good additions to our annual practice.

Sorry I'm late for Boxing Day. Your post on boxing day is as thorough as I've seen. I also did a very complete boxing day post and hope you will see it and possibly critique it.

I even learned a couple of things, like the German 2nd Christmas, which I had not heard it called before. Thanks for this extensive post on Boxing Day, dear Jan. I hope you and your family got your walk in.

Interesting. And I did go for a walk and it it did start raining.

I love having Boxing Day here in Canada. It extends the celebrating for another day. We did have turkey soup for lunch, and today we went for a long walk, which felt good after being in the house for a few days. I hope you were able to walk today, too.

I didn't know the origin of Boxing Day, this was really interesting and I hope the true meaning/tradition will not be lost. Thanks for sharing the info, a really good post.

Yes, we have it here too.

I wish we had official boxing day in the US. I sort of think about it every year -- "Today is Boxing Day!" but we don't have the traditions or history with it that the UK does. So I really appreciate this post. I've been saving it to read till i could just focus on it -- and very interesting too! Thanks!