The Elf on a Shelf : A New Christmas Tradition 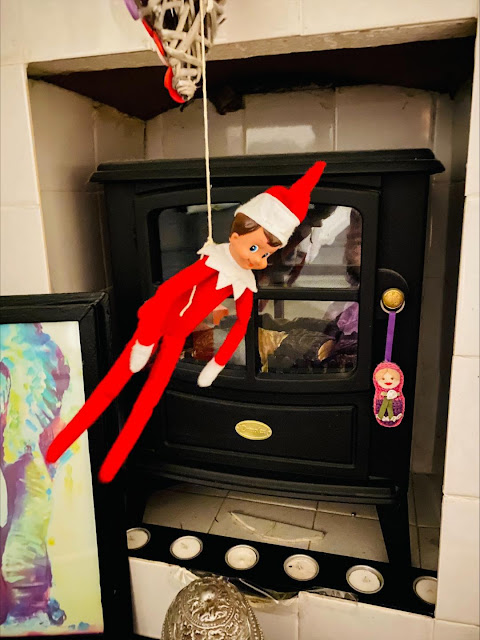 There are many lovely traditions with Christmas and I'm sure we each have our favourites. However,
"The Elf on a Shelf is a very new Christmas 'tradition'. The Elf first made its appearance in the book "The Elf on the Shelf: A Christmas Tradition" in 2005.
The book was written by Carol Aebersold and her daughter Chanda Bell and is based on a family tradition that Chanda and her sister, Christa, had when they were growing up in Georgia, USA. Carol Aebersold had an elf doll that would 'magically' appear in a different part of the house every morning running up to Christmas. Chanda and Christa were told that the Elf was watching them and it would tell Santa if they'd been naughty.

In 2004 the book was written, telling the story of the Elf being sent by Santa to watch over Chanda and Christa, and it was published in 2005. The official book Elf on a Shelf book comes with an Elf. There are two rules with the elf: You can't touch the elf or it will lose its magic and that the elf moves when children are asleep."
Above words taken from article here
We didn't have 'Elf on a Shelf' when the children were growing up, but an elf has been seen at our younger grandchildren's homes and they have great delight in telling us where Elf was sitting (or in the case of the recent photograph) hanging when he 'magically' appears... Look-out I'm back he's saying, well I think that's what he's saying ... he certainly has a cheeky look about him! What do you think?
I think like Father Christmas, Elf has been known to eat mince pies 😋 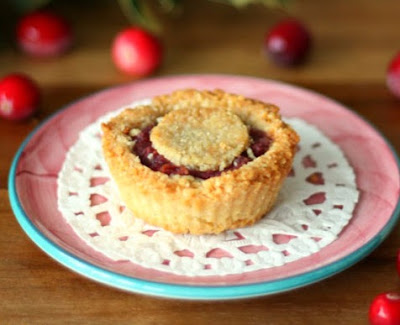 and with Christmas getting closer you may like to see this recipe for
Mince Pies
Made the low carb way - more details here
As regular readers know, this blog is presented in a magazine style - we hope something for everyone. You will find a variety of articles, studies, thoughts, photographs, music, cartoons and recipes!

However, not all the recipe ideas featured in this blog may be suitable for you. If you may have any food allergies, or underlying health issues these must always be taken into account. If you are a diabetic and not sure how certain foods may affect your blood sugars, test is best, i.e., use your meter. If you have any concerns about your health, it is always advisable to consult your doctor or health care team.

All the best Jan
Posted by Lowcarb team member at 21:05

...I don't know much about the Elf on the Shelf.

OMG that mince pie! Drooling! Hmmm is it just me or does Elf on the Shelf seem a bit cruel to kids? I haven't done it with my daughter.

That elf does look cute and the mince pie delicious.

Well stated my first reading about this tradition. Thanks for the gift of learning food nutrition from this page

I've never done this, but one of my friends started it this year for her grandkids. She says they are having lots of fun with it. Her husband is too.

The funniest elf I have seen was on a kitchen counter that had been floured. Then the elf's arms and legs were moved back and forth to make a snow angel. My friend had an eclectic sense of humor and did all kinds of crazy things with that elf.

My grandmother made mincemeat and suet pudding pies every year for Christmas.

I think the Elf on theShelf is creepy! The pie looks delicious.

That does sound like a fun tradition to adopt. Mince pies were always part of our Christmas, but our mince pie baker is now gone (and no-one can bake as she did).

Quite and few people down this way have an Elf on a Shelf.

I didn't know how the Elf on the Shelf came about. I'm certainly eating my fair share of mince pies. I held off until December but I'm enjoying one with my afternoon cup of tea most days now.

The elf on the shelf is pretty, but the mince pies look even better! Valerie

I think that the elf would scare me but the mince pie wouldn't it looks yummy.

Hello,
I think the Elf on the shelf is fun, a cute tradition.
Take care, enjoy your day!

Our grandchildren had an elf on the shelf years ago, but I am sure no longer follow the tradition at 16 and 11 years of age. Just this week, I saw the elf, boy and girl, versions for sale in a local store at a cost of $34 USD. It was packaged in a gift box with a booklet.

Mincemeat pie? Yes! Elf on the shelf? No! A hearty, resounding No! I'm in the camp of folks who find it creepy.

I know about Elf on the Shelf - but never had one and my kids missed it!

My grandmother made a mean mince pie when I was growing up. Ever since then, I love it!

'elf on a shelf' I like rhyming (elf..shelf).
I also like mince pies, and yours looks and sounds delicious!

We have a friend who is crazy about mince pies! I never had one until we moved to Ireland.

I’m glad to know what the story is.

I love traditions like this (although the elf on the shelf sometimes feels a bit creepy, like a stalker or "he sees you when you're sleeping" line in "Santa Claus is Coming to Town." But it's those traditions that make lovely memories over the decades!

Mincemeat pies, I thought were made with some kind of spicey meat. I was 40ish when mother broke the news it is raisons and dried fruits! She made her own.

I believe this took off about the time our daughter was getting out of caring about that kind of stuff so we never did do it with her either, no grandchildren here

I have searched for the book, it has not been translated into Dutch.

All the best to you,
Hilly

I love mince pies! They are delicious.