Dogs' Dazzling Sense of Smell and Lisa and her son.

Dogs' sense of smell overpowers our own by orders of magnitude—it's 10,000 to 100,000 times as acute, scientists say. "Let's suppose they're just 10,000 times better," says James Walker, former director of the Sensory Research Institute at Florida State University, who, with several colleagues, came up with that jaw-dropping estimate during a rigorously designed, oft-cited study. "If you make the analogy to vision, what you and I can see at a third of a mile, a dog could see more than 3,000 miles away and still see as well."

What do dogs have that we don't? For one thing, they possess up to 300 million olfactory receptors in their noses, compared to about six million in us. And the part of a dog's brain that is devoted to analyzing smells is, proportionally speaking, 40 times greater than ours. Taken from here.

You may be thinking very interesting, but what has this got to do with diabetes, quite a lot actually. A friend of ours Lisa in Australia has a type one diabetic son. She has worked morning noon and night to keep him safe and his diabetes well controlled. Well controlled is an under statement really, as her son is one of the very rare diabetics that run non diabetic HbA1c numbers. Lisa has even gone as far as to train a dog called Maya to sense the rare occasions her son has hypos.

Check out her blog here, some heart-warming stories and lot's of good food ideas. BTW did I mention her son is a low carber ? Obvious to many I expect, how else would the lad be running non diabetic blood glucose numbers ? 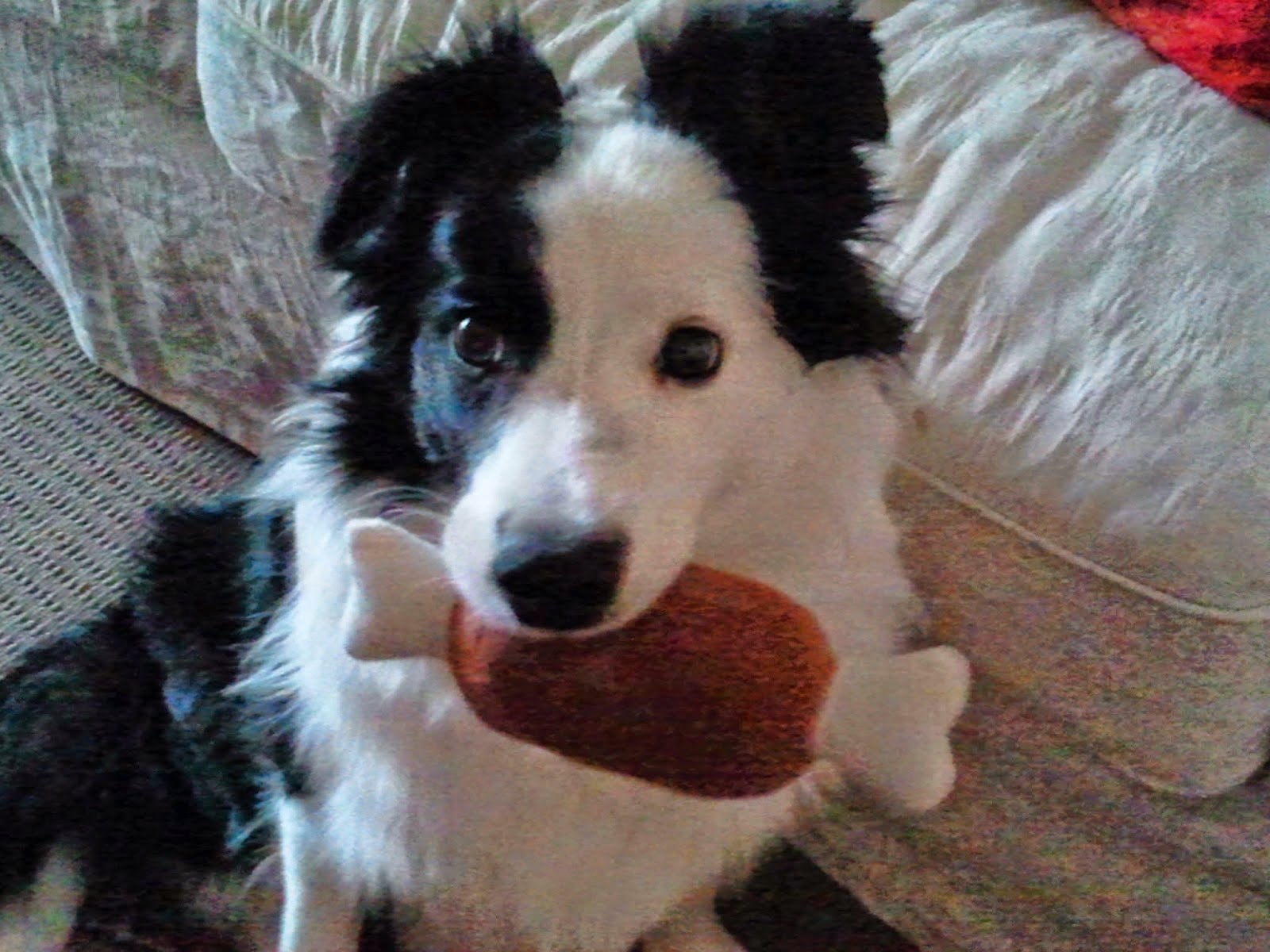 I think Lisa's dedication to her son is awe inspiring. And the home training of Maya as a support dog (and beloved family pet) is brilliant - I'm following Lisa's posts with much interest.

Thank you for featuring Maya and my son on your blog. I am still stunned on a regular basis about the terrible dietary advice given to diabetics from mainstream sources. I continue to do my own research and put my findings into action. I would be confident to say my son is one of the healthiest type 1 diabetics around. I gain a lot of information from your blog also, so keep on posting. Lisa

As a fellow collie slave, I can never fail to be impressed by the breeds keenness to please.
Show them what makes you happy and they do it, just for the reward of pleasing you!
ScotsFergie