From time to time we post something completely different!
I happened upon these wonderful photographs of life in Antarctica, definitely for sharing I thought ... hence this blog post. 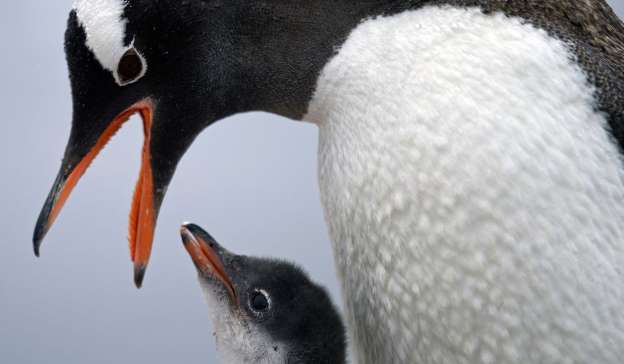 A gentoo penguin feeds its baby at Station Bernardo O'Higgins in Antarctica on January 22, 2015.
photo by Natacha Pisarenko 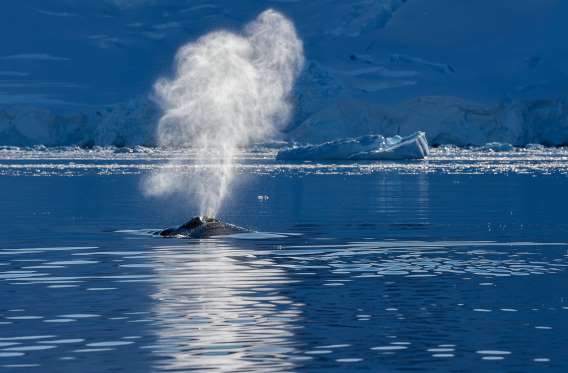 A whale exhales air through its blowhole on March 19, 2016.
Ari Friedlaender, from Oregon State University, studies the foraging behaviour of whales
in the Antarctic Ocean as part of the National Science Foundation's
Long Term Ecological Research programme.
photo by Ari Friedlaender

These photographs and 34 more can be seen here

More than 170 million years ago, Antarctica was part of the supercontinent Gondwana. Over time, Gondwana gradually broke apart and Antarctica, as we know it today, was formed around 25 million years ago. Antarctica was not always cold, dry, and covered in ice sheets. At a number of points in its long history, it was farther north, experienced a tropical or temperate climate, was covered in forests, and inhabited by various ancient life forms.

Antarctica is Earth's southernmost continent. It contains the geographic South Pole and is situated in the Antarctic region of the Southern Hemisphere, almost entirely south of the Antarctic Circle, and is surrounded by the Southern Ocean.

Antarctica is the coldest of Earth's continents. The coldest natural air temperature ever recorded on Earth was −89.2 °C (−128.6 °F) at the Soviet (now Russian) Vostok Staion in Antarctica on 21 July 1983.

You can read more about Antarctica here

All the best Jan
Posted by Lowcarb team member at 23:57

Antarctica looks like a fascinating place. It would be wonderful to see those things in real life, but as that is unlikely to happen, I thoroughly enjoy others' photos.

Stunning photos, off to see the others.

...nice to see from the warmest of my home.

These images are amazing!

I went to Antarctica, using my inheritance after my mother's death. It was heaven on a stick.

Beautiful photos! I spent a lot of time at the aquazoo watching the penguins, they are just fascinating. Hugs, Valerie

Someone has been watching Blue Planet! Thank you for those fascinating facts about Antarctica Eddie. And while it would be fabulous to see all the wildlife, I don't do ice and snow.

I really enjoy these photos, and didn't know a lot of these facts. I adore cold weather, but to actually live in a place that's cold for so many days would be rough. (lol) Bring out the parkas, and thanks for the trivia! Hugs...RO

Wonderful photos. Certainly is COLD there!!!!

Gorgeous photos, especially those penquins!!!
Have a wonderful Monday :)