January, the coldest month of the year in the northern hemisphere ! 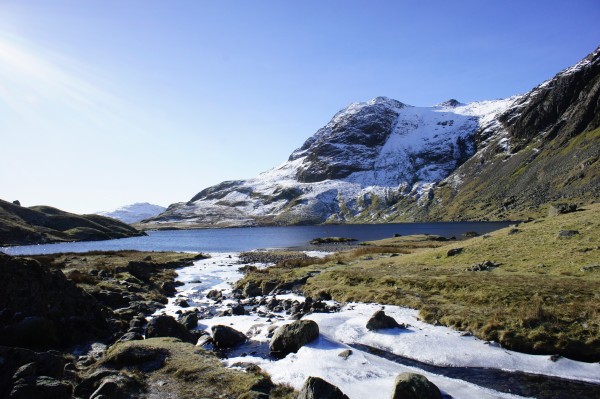 The breathtakingly beautiful area of Langdale, in the UK's Lake District.
It runs west of Ambleside up to the Langdale Pikes. Pike is a local term for peak.
It splits into two valleys, Great Langdale and Little Langdale (image from google)

"January, the coldest month of the year in the northern hemisphere, is a time when many people usually stay indoors as much as they can and try to stay warm. It might seem that a very cold month like this would not have anything interesting about it, but this impression would be wrong. Even the most frigid month has some strange facts and fascinating things to learn about it.

The name of January itself has an interesting origin - it comes from Janus, the name of a Roman god from antiquity. Janus, the god of doorways and boundaries, had two faces, one on the front of his head and one on the back, because a door also faces in both directions at the same time. His name was thought appropriate for the first month of the year, both because it is the "doorway" into the new year and because it is a time when people look back over the year they just went through, and forward towards the new year that's just beginning.

Other people had different names for January than the Romans had. The most unusual of these was the Saxon name - Wulfmonath - or "Wolf Month." They called the month this because by this time in the winter, the wolves in the forests were having a lot of trouble finding food. Driven by cold and hunger, they would enter human villages to try to steal chickens, pigs, geese, and other farm animals. Since wolves are dangerous animals when they are hungry, the Saxons noticed their presence close to people's homes as one of the major yearly events of January.

January also witnesses some strange temperature events. For one thing, even though it is bitterly cold and snowy in the northern hemisphere, with icicles hanging from the eaves like sparkling teeth and roads often slippery and hazardous, this month is the height of summer in the southern hemisphere (the half of the Earth south of the equator). While people in the north are shivering in coats and mittens, Australians and South Africans are putting on their swimming trunks and heading to the beach"... although sadly as I post this Australia is experiencing devastating bush fires.

"Another strange detail about the temperatures in January comes with the "January thaw." This is a warmer period that comes towards the end of the month, and may see temperatures 10 degrees Fahrenheit higher than the temperatures before or after it. This is a welcome break from the point of view of most people, but in scientific terms, it comes at the wrong time. By scientific measurements of the Earth's climate, the January thaw should come at the start of the month, but instead, it comes at the end - nobody knows why.

You might think that the warmer months would be the best time for birds to lay their eggs and hatch their babies, and in most cases, you would be right. But the Great Horned Owl - once of the fiercest owls in America - start laying their eggs in late January, when the trees are still bare except for snow and the owls need to sit on the eggs constantly so they will not freeze. Scientists think this is so that the babies hatch out in time plenty of food with the return of life in Spring, when there are many rabbits, rodents, and not too many hawks around to compete for them. However, other owls do just fine nesting later, so the Great Horned Owl is still a very strange bird. 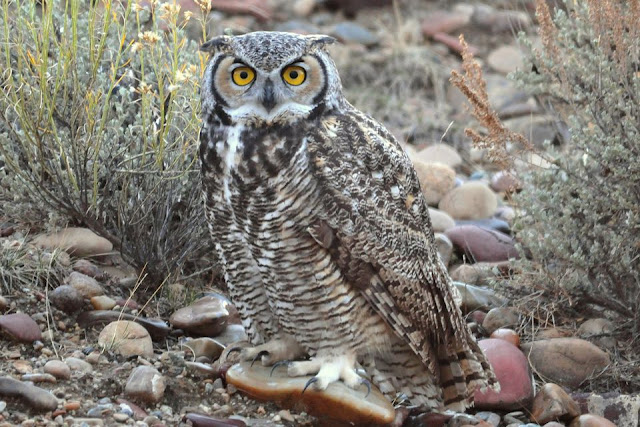 As you can see, although January is one of the coldest months in the north, and a time when some people may avoid going outside as much as they can, there are still plenty of fascinating things to learn about it and plenty of events going on in the natural world." I wonder what country you live in and what sort of weather are you experiencing?

If you may have been out and about and experiencing cooler/cold temperatures, this soup may be just what you need. 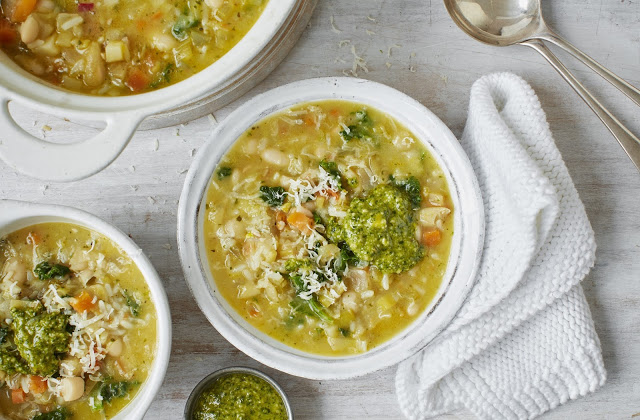 However, for those living in warmer countries, this may suit you better... 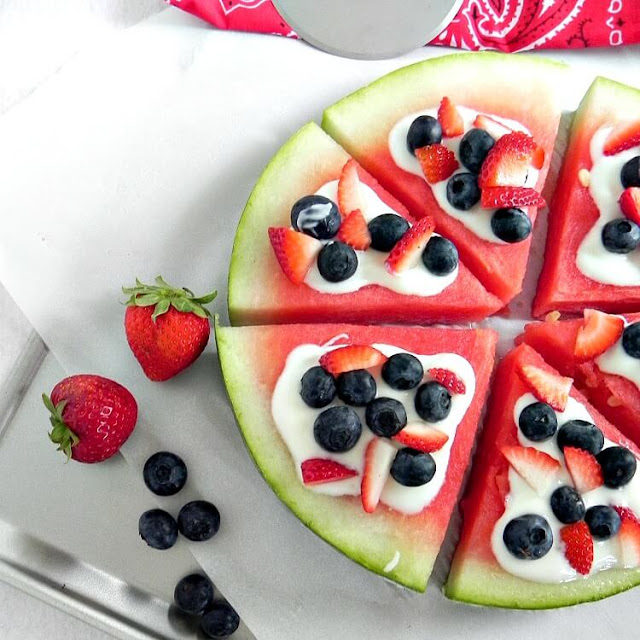 Dear reader, this blog is presented in a magazine style - we hope something for everyone. You will find a variety of articles, studies, thoughts, photographs, music and recipes! However, not all the recipes ideas featured in this blog may be suitable for you. If you may have any food allergies, or underlying health issues these must always be taken into account. If you are a diabetic and not sure how certain foods may affect your blood sugars, test is best, i.e. use your meter.

All the best Jan
Posted by Lowcarb team member at 18:13

I remember some lovely holidays in the Lake District. Especially Ambleside.

Lovely post. It's warm and wet here, flowers are blooming and my hyacinths are shooting up! Winter's not in sight just yet!

That’s so interesting about the owls,, it’s a fact I had forgotten, that pizza and soup sound really good!

Hello Victor, many thanks for your comment and question.
Eddie and I love the Lake District, it is a special place for us, and so picturesque.

Yes, water melons so often have a lot of seeds. You can get seedless watermelons, although I still hesitate to call them seedless because they do contain tiny, white, edible immature seeds in lesser amounts than traditional watermelons. They were developed in the 1990s with the idea that some people don't enjoy spitting out the seeds of a watermelon. Seedless watermelons generally weigh between 10 and 20 pounds and have the same sweetness as the seeded variety. Names you may come across when shopping for seedless watermelon are Crimson, Jack of Hearts, King of Hearts, Millionaire, Nova, Queen of Hearts, and Trio.
More to read here
https://www.thespruceeats.com/types-of-watermelon-1807870

Hope you may be able to find a variety you prefer in your local supermarket/store.

Lovely recipes! I am hoping January goes fast, already past the first week but it's freezing!

Awesome photos and the food looks so yum!!


My Corner of the World

It has been so unseasonably warm here. Not hot or anything but about 20 degrees higher than a typical January. And with little snow. We all know we can get slammed at any given day.

Thanks for all your comments! They are always a treat and I so love it when you come by!

Temperatures have been unseasonably warm in my area of the country this new year. It snowed in mid December, and now it's almost spring weather. However, we're supposed to get snow later in the week. Lovely photos, great article, and yummy food.

Warm over here. Snow mosty comes around in February. I personally wouldn´t mind if we get none... Driving a car is nuts in those times and hubby has to every working day.

Totally the opposite down this way...summer is here in full force, showing little mercy in most areas.

Thank you Jan for your full reply to my question. I'll look out for the varieties you mention. It is so worrying when eating water melons with seeds in case we swallow one or more and they grow inside us. Who would want a plant coming out of one's bottom?

What a fascinating read. I knew about Janus-but not about why we used that name in January. It makes sense. And the Wolf month. Nice. We ;ve been having a January thaw off and on this month-today super cold-Saturday back into the thaw. Hugs-Erika

I certainly don't envy the cold weather at all, or the snow...even though it makes for beautiful photos. I much prefer warmer weather.
Our Summer has been up and down, some days extremely hot and then temperatures will drop 10C.

i think we may be having the warmest january on record. we usually have cold temperatures and snow in january, instead, it will be in the 60's this weekend!! i love soup, making it and eating in, watermelon's not too bad either...hahahaha!!!

very interesting facts, most I had no idea.
Here in southern Illinois in the U.S. we are a little above our normal temps, getting a lot of rain, wish we could send it to those that really need it.

It is cold, and I will make soup today, but it is also the time of increasing daylight. This makes me very happy!

Brrrrr! Soup is the better choice for me now :)

I love Winter and this is my favorite time of the year.

Fascinating article about January - I know here we usually get the most snow although this last November and December has been quite spectacular here. I'm hoping we are done and just get light drizzles of snow off and on . Rumor around here is you don't plant your garden until after Mother's Day. Last year I believe we got snow right on that day.

wonderful info about month of January and great recipes ~ ^_^

Happy Moments to You ,
A ShutterBug Explores,
aka (A Creative Harbor)

Great shots and info. February tends to be colder in Sweden than January...

Pure eating, I love it. And, I love the Owl, beautiful.

loved the interesting facts about firs month of the year which anyhow stir the soul for entering new phase of time with new hopes ,struggles and expectations.

owl story is amazing and yes there is purpose behind everything ,babies find plenty to eat in spring :)

And the Great Horned Owl nested in Lancashire a few years ago. In Bowland where at least one may have been an escapre from captivity.

January and February are my least favourite months of the year. I hope they pass quickly. And these recipes are lovely!

Hello Jan,
Very nice pictures. Great to see that wonderful area.
And what a good shot of that owl.
The watermelon is very nicely decorated with other fruit. So nice!!

The soup looks delish..Love the Owl!!

January is usually our coldest month though not this year. Temps are very warm, even for us here along gulf coast TX. I usually don't mind some chilly weather - helps to discourage the weeds but this year, I'm gonna have to mow next week!

The Lake District view is a stunning one.