Drinking Tea May Reduce Your Risk of Heart Disease and Stroke !

Researchers say people who drink green or black tea at least three times a week get the benefits of polyphenols that can improve cardiovascular health.


A cup a day could help keep the doctor away — and increase your lifespan. 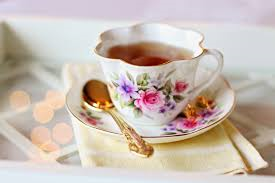 That’s according to research published today in the European Journal of Preventive Cardiology.

In it, researchers suggest that drinking tea three or more times a week can lead to improved cardiovascular health and a longer life.

In their large-scale, long-term study, researchers from the Chinese Academy of Medical Sciences in Beijing tracked 100,902 participants with no prior history of heart attack, stroke, or cancer.

This group was split into two cohorts: those who drank tea three or more times a week and those who didn’t.

After follow-ups for a median time of 7.3 years, researchers determined that those who drank tea more frequently were more likely to stay healthy for a longer period of time.

A subset of slightly more than 14,000 people was also assessed in a follow-up study.

Those who kept their tea-drinking habit in both studies saw more pronounced benefits, including a 56 percent lower risk of fatal heart disease and stroke.

Some experts quoted on the website of the Science Media Centre point out that this research was an observational study and doesn’t necessarily establish a link between tea drinking and cardiovascular health and longevity.

Polyphenol power
Experts say the health benefits seen in habitual tea drinkers might be attributed to polyphenols — organic chemicals that are found in both black and green tea.

“Polyphenols are derived from plants, especially flowering plants,” Dr. Satjit Bhusri, a cardiologist at Lenox Hill Hospital in New York, told Healthline. “The ‘phenol’ part of polyphenols are where the plants and flowers derive their scent or aroma.”

“These benefits include improvement in function of the blood vessels, more dilating and less constriction,” he said. “These compounds can also increase good cholesterol, which is also cardiac protective. These compounds also have a reduction in inflammation and makes our platelets, clotting factor, less sticky.”

All of this combines to make a chemical that’s a known booster of cardiovascular health.

Experts point out that because polyphenols are not retained in the body for long, it stands to reason that frequent, ongoing tea consumption is necessary to see the benefits.

Green or black?
It’s worth noting that the benefits vary depending on the type of tea.

While both black and green tea contain polyphenols, the differences may be more pronounced among drinkers of green tea.

This could be because the fermentation process that goes into creating black tea might dilute the effectiveness of polyphenols. There’s also the fact that black tea is often served, and diluted, with milk.

Dr. Dongfeng Gu, PhD, a senior study author and professor of epidemiology and medical genetics at the Chinese Academy, noted that the preferences of research participants skewed heavily toward green tea.

“In our study population, 49 percent of habitual tea drinkers consumed green tea most frequently, while only 8 percent preferred black tea,” Gu wrote in a release. “The small proportion of habitual black tea drinkers might make it more difficult to observe robust associations, but our findings hint at a differential effect between tea types.”

Another wrinkle to consider is that health benefits were more pronounced in men than in women.

Researchers said this could be attributable to the lower incidence of heart disease and stroke in women.

There’s also more data on men who frequently drink tea as 48 percent of men and only 20 percent of women were identified as habitual tea drinkers.

The authors say their research is ongoing and should yield more findings as more data is gathered.

This year, drink more tea
Non-tea drinkers can probably adjust their lifestyle to include three or more cups per week into their routine. But for those who don’t drink green tea, there are other ways to get these benefits. Polyphenols can also be found in foods such as red wine, dark chocolate and berries.

“The message from this study is loud and clear: Tea, particularly green tea, is cardio protective, and should be considered as another tool in the cardiac prevention toolbox,” said Mintz. “Maybe we should listen to the advice the hare offers to Alice in ‘Alice in Wonderland’: ‘Take more tea!’” 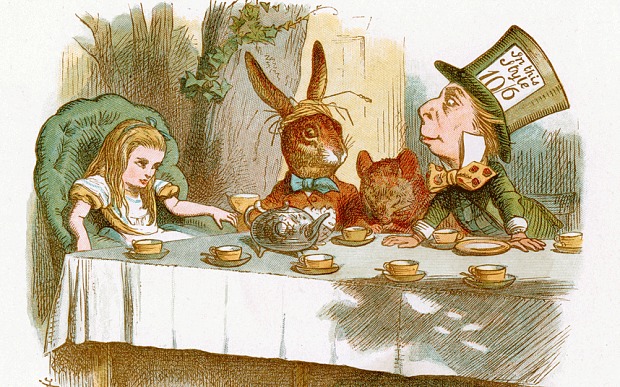 
However, not all the recipes ideas featured in this blog may be suitable for you. If you may have any food allergies, or underlying health issues these must always be taken into account. If you are a diabetic and not sure how certain foods may affect your blood sugars, test is best, i.e. use your meter.

All the best Jan
Posted by Lowcarb team member at 19:13

Hooray. At least I am doing something right.

I've always read or heard that green tea is so good for you. I've never been a tea drinker ...maybe i should become one.

Green Tea it is!

I should go have a cuppa!

Great news and a beautiful teacup!Hugs and blessings!

I suppose the benefits occur when drinking tea clear, that is no milk, cream, or sweeteners?

CJ Kennedy said...
I suppose the benefits occur when drinking tea clear, that is no milk, cream, or sweeteners

Hello CJ and thanks for your comment and question.

Yes, no milk, cream, or sweeteners!
There is another article 'Evidence-Based Health Benefits of Black Tea' which you may like to read, find it here
https://www.healthline.com/nutrition/black-tea-benefits

That makes me feel good because I have just had a cup of tea.

Okay, I hate all hot drinks. So, would iced tea work?

Great info! Hubby and I drink a cup of green tea each every day ☕

Interesting read..there are still some of us down under that drink tea.

I had never heard that Drinking Tea May Reduce Your Risk of Heart Disease and Stroke. That's good to know. Thanks for sharing this helpful information.

Wishing you a wonderful Thursday!

Water is on :-)
Nice to know it´s got these benefits, too.

Yay! I had green tea twice this week. One more and I’ll be set.

wow
that is surprise dear Jan :)

i must be feeling happy as a tea lover yet i am wondering that will my stomach would be behaving if i do so lol
blessings to your days my friend !

Well, I like that study! I'm good with tea in winter; not so much in the nice weather!

Interesting. And were both groups similar in their activity/exercise levels?

Uuurggh I really don't like tea that much, but when I do drink it it's without milk or sugar. I'll try and get one cup a day down (quickly followed by a nice cup of coffee) xx

Pity I don't drink tea, guess I'll have to stick with red wine, chocolate and berries.

Hello, and many thanks for your comment and question.

When drinking iced tea it can soothe stress and provide minerals.
An interesting article to read (I give link below) states that "after water, tea is the most frequently consumed beverage in the world. Which makes sense; tea goes hand in hand with images of Asia, the United Kingdom, India, Russia. But how about in the United States of America? It might not seem like we have a booming tea culture, but the fact is that on any given day, more than half of the American population drinks tea. But here’s the twist: 85 percent of that tea is served on the rocks.

While heavily sweetened iced tea can’t really be considered a health food, iced tea in general is a super salubrious quaff. Regardless of the temperature it is served at, tea is chock full of good things. There has been much research done, and compelling conclusions that tea can reduce the risk of heart disease, and possibly even help prevent a number of others. In warmer weather, having your tea iced is a great way to reap the benefits all year.

Whether black, green, white or oolong – all of which come from the same plant, just processed differently – all teas do a body good. Here are a few of the ways in which they do so (with the caveat that you aren’t drinking tea swimming in sugar)."

Much more to read on this link
https://www.treehugger.com/health/8-health-benefits-iced-tea.html

I've just made myself a very nice cup of tea with milk … but I do have a few without milk, and I can recall I was not too keen on the taste when it was first suggested but now I enjoy both black tea and the occasional black coffee too.

Enjoy the rest of your evening, and especially your cuppa …

I try to drink tea. I have tried all kinds but it just doesn't sit right with me.

Sherry Ellis said...
Interesting. And were both groups similar in their activity/exercise levels?

Hello Sherry, thank you for your comment and question.

You can read the full report which this article refers to in the link I give below.

It gives a comprehensive report of how the various research groups were divided/analysed etc. and I'm sure you will find it interesting.

I love a good cuppa. Glad to hear there is more good in it than just the taste and the feeling of a warm cup in your hands.

Jan,
Thanks for the reply.
I drink tea plain and so do my children. As a matter of fact when my son was not yet two, he was given sweet tea when we went out to eat. He made a face and wiped his tongue with his fingers...lol.

I learned to drink Lipton Instant Tea because I cannot drink a whole teabag of tea in one day. I refuse to drink tea kept in the refrigerator. Tea left on the counter can grow things overnight.

So, I want to keep drinking my Lipton tea deprived of caffeine. And, iced. What is the current research on this?

Reply to Practical Parsimony above ...

Many thanks for your comment and question.
I think this article/post about Decaffeinated Tea will be of interest to you.
https://www.livestrong.com/article/479598-is-decaffeinated-tea-good-for-you/

Thanks for the precious info.
All the best!

Many thanks for your thoughts and comments on this post …
Readers may also be interested in reading 'The Definitive Guide To Tea', find it here
https://www.marksdailyapple.com/the-definitive-guide-to-tea/

I go for Earl Grey.

I am already accustomed myself to organic green tea daily in the morning. So yeah drinking tea maybe not an bad idea.