Welcome to the month of July ! 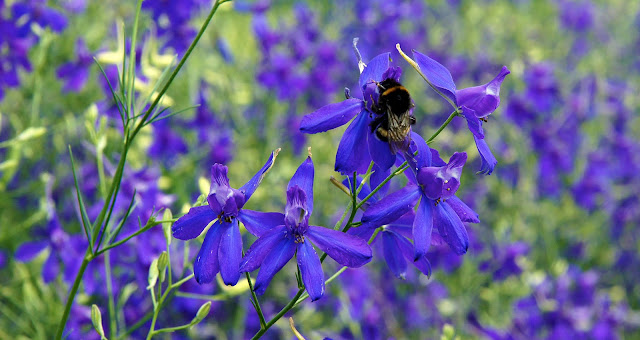 About the Month of July
July is the 7th month of the year and has 31 days. 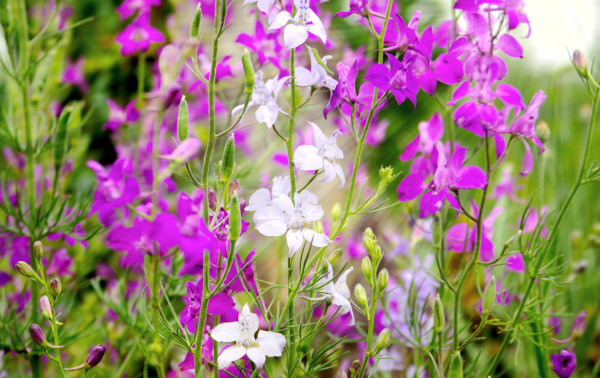 History
July was originally the month of Quintilis in the Roman calendar. It was the fifth month of the year until January and February were added in 450 BC. It got its original name from the Latin word for fifth. Later the name was changed to Julius in honour of Julius Caesar who was born on July 12. 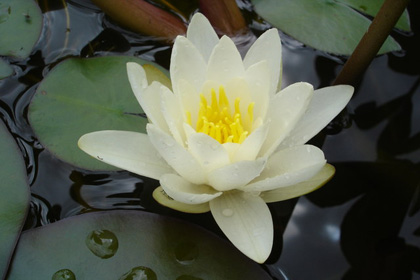 It is the second summer month after June.

There are many countries which have their Independence Day during the month of July. These include the United States, Belarus, Venezuela, Argentina, Belgium, the Bahamas, and the Maldives. The national days for France and Canada occur in July as well.

Sometimes the hot, long days of July are called the "dog days of summer".

It is sometimes called the Hay month because the grass dries out due to a lack of rain and can be made into hay.

July's birthstone, the ruby, is often associated with contentment, love, passion, and integrity.

The flowers pictured on this post are larkspur and water lily ...

To celebrate the month of July - National Blueberry Month, here are two recipes you may like to try ! 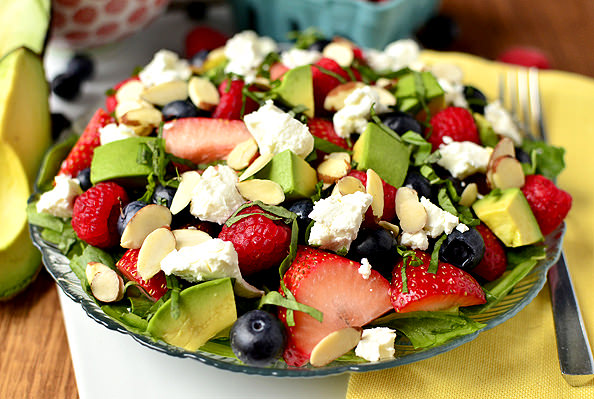 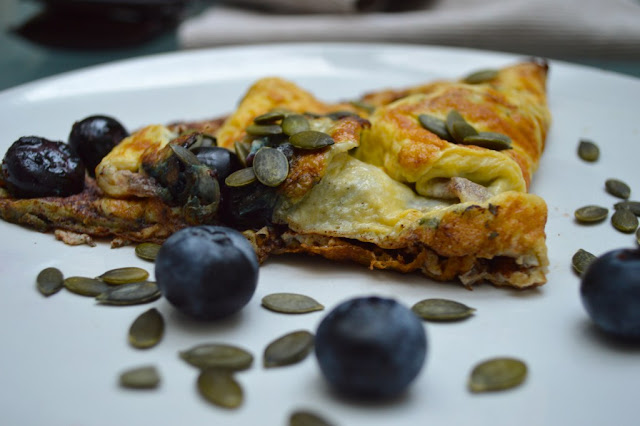 All the best Jan
Posted by Lowcarb team member at 12:29

Thanks for these facts, never thought of a blueberry and cinnamon omelette.

WOW... I've certainly learned a lot here today...all these fascinating facts about July, most of which I didn't know. Many thanks for these!😊😊
Love the recipe too!!

Happy July to you! Love the beautiful flowers and the food looks yummy! I would love the salad. Have a great day!

Welcome to July. I am hoping for some sunshine for my garden. The flowers here are so pretty. Enjoy your day.

Happy July to you too. Thanks for all those July facts, very interesting.

And the Girlies and I celebrate out birthdays this month!

Interesting article. Love the look of that salad! Have a great month, Valerie

Google translate ...
Beautiful colours, to welcome a month of summer.

Over here, it's already starting to get intense heat and it's going to last us all summer, as is customary by my city.

July used to be the hottest month in Kansas, but now August seems to have surpassed that with more days over 100 F noted. It's been unbearable here, though. Loved your review and I'm ready for Ice Cream Month (grin).

Blueberry and cinnammon pancake sounds divine, what a delicious combination.

A happy, beautiful and delicious month to you and yours.

Lots of fun facts there, take care Jan and Eddie and have a very happy July xx

Happy July to you and Eddie, Jan! Interesting facts about this month. And great recipes as well. The salad looks wonderful. I may need to make it soon.

Our July in North Idaho didn't start out hot at all.

I had my summer blueberries today and they were so good. We celebrated Canada Day in Buttercupland and will celebrate July 4th and Bastille Day, too. I didn't realize it was ice cream month, so I'll be celebrating that, too. I found a new low carb ice cream brand at Aldi that was yummy, so I think that's my feature.

Happy July. Hard to believe another month has gone by.
Oh that berry salad sure looks good. We had a similar one the other day!!
The flowers are so pretty.

That's more about July than I ever knew! It's pretty hot here so dinner will be a Greek salad and grilled chicken.

the flowers are so pretty, different shades of purple!! june whizzed by me so quickly, i have no idea where it went. here's to july, relaxing and rejuvenating!!

A lot of fun facts here...I was so tired last night I could not concentrate to read it all. Love that it is National Ice Cream month...LOL

Interesting facts! Sadly we freeze our butts off (well, 14C is too cold for July!).

It is quite amazing even with the pandemic how fast this year seems to be flying by. It is very HOT here that's for sure, not sure if we will be going to watch the fireworks tomorrow or not, it is actually not supposed to rain so that would be nice, the next thing is to find a spot to social distance

The blueberry and cinnamon omelette is something I would enjoy! Have a lovely month.

and for us here in southeast Texas, it is the "hot as hell" month!

Thank for this post. I’m really happy to say it was an interesting post to read. I learned new information from your post. you can visit our blog Beauty Blog