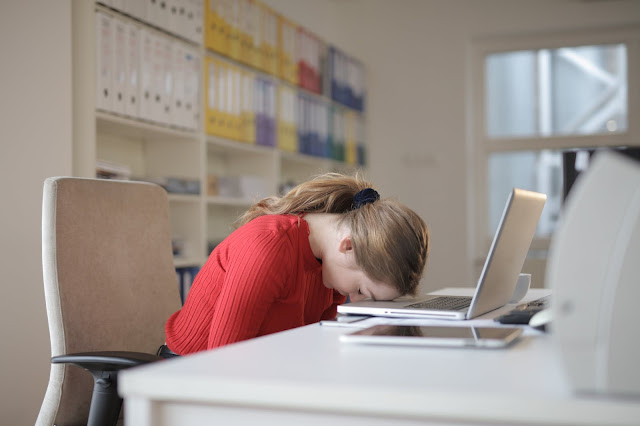 Adapted from Medscape, Why our brains wear out at the end of the day, F Perry Wilson Aug 15 2022
We can all recognise from our own experience that as a long day goes on, our performance on mental tasks gets worse. In chess players for example, as the game goes on over several hours, they take longer to make decisions, and they make more mistakes. This is known as cognitive fatigue.

It has been found that the cognitive control centre in the brain is in the left, lateral, prefrontal cortex.(LLFC).

The LLFC is responsible for higher level thinking. It is what causes you to be inhibited. It shuts down with alcohol and leads to impulsive behaviours. It has reduced activity in functional MRI studies as you become more and more cognitively fatigued. The LLFC helps you think through choices. So how does cognitive fatigue happen? As a matter of interest the role of glucose has already been studied and it has been found that this does NOT vary in non- diabetic subjects.

Researchers did experiments with people to induce cognitive fatigue. They had to look at letters and indicate whether the letter was if it was a consonant or a vowel if it was red or if it was upper or lower case if it was green.

Both groups did this for six hours, but one group had much less switching around than the other, so that there was an “easy” group and a “hard” group. They all sounded terribly tedious to me!

The hard group made more mistakes than the easy group, but of course the task was harder to start with. The hard group got a little bit more tired at the end, but both groups were pretty fatigued. The hard group took longer to respond all through the testing hours, but they didn’t take longer by the end of the task. So, overall, there was no clear indicator that could determine who had done the easy tasks or the hard tasks.

The researchers then started adding a new game after the six hours. The subjects were told that they would now play a “reward game”. For instance:

It has been previously shown that as people become more fatigued they will tend to pick the low- cost choice over the high- win choice. Perhaps we all recognise that after a difficult workday we may be more likely to go with the flow and do something easy rather than the “best” thing. We often don’t feel we have much decision- making power left. I know this is a factor for prescribing more antibiotics on a Friday afternoon.

Interestingly pupil dilatation is a physiologic measure that demonstrates when your brain is “full up”.

When you are interested in something your pupils dilate a little. In the hard group, as time went on, pupil dilatation stopped and constricted in some people. In the easy group however, the dilatation continued through the tasks.

By doing a very fancy labelled hydrogen MRI on the subjects they looked at differences in brain metabolites in the LLPC area of the brain during the tasks.

It is statistically significant that the higher the levels of glutamate in the LLPC, the more likely you are to just make the easy decision as opposed to really think things through.

Perhaps a good night’s sleep is clearing out the excess glutamate in the LLPC and allowing you to perform well the next day.

My comment: The hours pilots and air traffic controllers work are highly regulated because of the effect of fatigue on decisions and performance. Yet, this does not extend to GPs and hospital doctors to anything like the same extent. It is considered important for lorry drivers. For all drivers and for all students, particularly before exams, it is a good idea to recognise that we are all human. Tiredness isn’t something that you can really overcome with will power.
(Dr Morrisons comments are shown in italic script)
The above words and picture taken from post/article here
All the best Jan
Posted by Lowcarb team member at 22:05

Interesting. I taught school for 36 years and it's interesting to have info to back up what I saw by late in the day every day. .

This is a very interesting post. Thank you for sharing it today.

I do kind of see that with me when I am tired and to think important decisions are made when someone is tired, can be kind of scary!

I have certainly had days like that! I know what it is exactly.

Interesting post. Thanks for sharing it. I always pick the lower risk.. hmmm

That sure is interesting Jan.

Sadly I have noticed that brain fatigue cuts in earlier (and harder) these days.

I always feel more alert at the start of the day rather than the end.

Very interesting study.
I notice when focused on a project, hunger isn't an issue until it physically makes me notice I haven't had a meal.

My brain feels filled up on a regular basis;)

Interesting study. My brain works great in the morning and deteriorates throughout the day. It makes total sense. I always wondered how surgeons get through long surgeries. They must have secrets.

This is very interesting, Jan. A nice find and share -- who knew?