Of Castles (and Knights) - Corfe Castle and Lulworth Castle

You may have a young 'Knight' in your family! Our Grandson has been having a fascinating time at school recently ... learning about Castles. Two he has been talking about are Corfe Castle and Lulworth Castle both in Dorset - a most beautiful English County.

Corfe Castle, above, is a favourite haunt for adults and children alike, and you can't fail to be captivated by these romantic castle ruins with breathtaking views across Purbeck.


Discover 1000 years of the castle's history as a royal palace and fortress. With fallen walls and secret places, there are tales of treachery and treason around every corner. Spot the 'murder holes' and count the arrow loops. Feel history come to life and see the wildlife which has set up home in these fascinating castle ruins."

You can see The Castle, The National Trust shop, 18th century tea rooms with garden, and a visitor centre  ... open daily from 10:00am.

Words above taken from here 
A popular village south of Wareham, Corfe Castle is named for the dramatic stone fortress that rises above the village. Burial mounds in the area show that Corfe Castle was settled as early as 6000 BCE. There was certainly a Roman presence here, but Corfe really rose in status under Alfred the Great, when that king built a Castle here to deter Danish invaders.

The castle saw a terrible deed in 978 AD, when Queen AElfrida of Mercia murdered her stepson Edward to put her own son, AEthelred (the Unready) on the throne. A Norman castle replaced the wooden Saxon stronghold in the late 11th century, and throughout the medieval period Corfe was a royal castle.

The castle was destroyed by Parliament after the Civil War. But if you want to see what it would have like in its heyday, you're in luck - Corfe Castle Model Village has created a 1/20th scale model of the village and castle showing what it would have looked like during the Middle Ages.

The parish church of St Edward stands across from the castle, reputedly on the site of the cottage where the body of Edward the Martyr was taken following his murder. The church tower dates to the 13th century, but much of the remainder is a Victorian restoration. Taken as a whole, Corfe Castle is a very satisfying place to visit, replete with historic interest.

The above words about Corfe Castle village taken from here

And now a visit to Lulworth Castle too ...

Lulworth Castle, built in the early 17th Century as a hunting lodge, became a country house at the heart of a large estate. Thomas Howard, 3rd Lord Bindon, built the Castle in order to entertain hunting parties for the King and Court. The Howards owned it until 1641 when it was purchased by Humphrey Weld, the direct ancestor of the present owners.

The exterior of the Castle changed little over the years but the interior evolved in line with changing fashions until it was gutted by a disastrous fire in 1929. Consolidation work on the ruin was started by the Department of the Environment and was followed through to completion in 1998 by English Heritage.

The Castle opened its doors to the public as a tourist attraction in 1998 and today visitors can enjoy exploring the Castle, climbing the Tower, visiting the C18th Roman Catholic Chapel of St Mary and the C15th Church of St Andrew.

There are woodland walks and a children's playground and spacious grounds to dog walk and picnic.

The above details and pictures taken from here

But surely after enjoying a great visit to a Castle a great tasting meal is needed and our Grandson and all the family tucked into a lovely tasting Roast Chicken Dinner ... just what any young Knight would enjoy ... but hey where's the broccoli it's this particular Knights favourite vegetable. 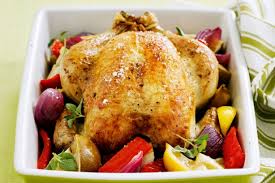 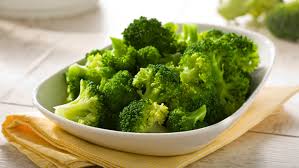 And Of Course We Mustn't Forget the dessert of lovely low carb fruits!
What better dish to serve a young knight ! 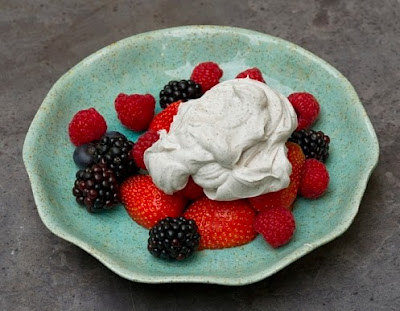 ...and he even had time for a spot of garden fun with his sister
Grandchildren make such happy memories ... 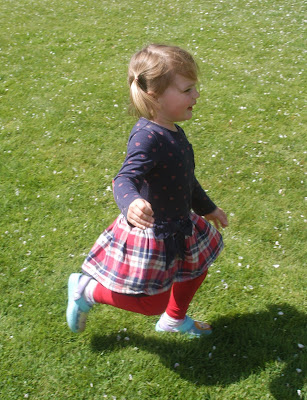 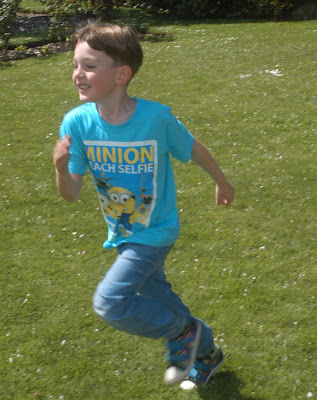 Thanks for reading ... All the best Jan
Posted by Lowcarb team member at 14:53

Quite delightful to read. The energy of grandchildren.

Such a lovely post, castles seem to stir the imagination of young ones, don't they? Wonderful photos of your grandchildren, they're at such a great age. We tend not to have a roast dinner on a Sunday but instead have Sunday dinner on a Monday and it's roast chicken for us tomorrow, with broccoli.

Hello Kath - and thank you for you kind comment. The grandchildren do have lots of energy, and it is so good to be around them - we have a lot of fun

Hello Jo - thank you so much for your kind comments. I have to agree castles do stir the senses. Our grandson certainly enjoyed this topic at school and hats off to teachers everywhere for the time and dedication they give.

We so enjoyed seeing them, we had such fun.

Enjoy your Roast and Broccoli tomorrow ... I can just imagine the delicious aroma !

Enjoyed this read thank you.

Hello Jenny - many thanks for leaving your kind comment.

Love castles! A
Nd the ki

And the kids are really cute!!

Many thanks for you kind comments Gloria ... the grand-kids are just great. I give them so many big hugs!

Sure thing, 'Jan'. Have a groovy day.