'Should You Reduce Your Aspirin Dose?'

"Comparative Effectiveness of Aspirin Dosing in Cardiovascular Disease
Abstract
BACKGROUND
The appropriate dose of aspirin to lower the risk of death, myocardial infarction, and stroke and to minimize major bleeding in patients with established atherosclerotic cardiovascular disease is a subject of controversy. 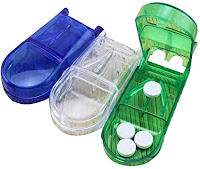 IMPORTANT
DO NOT make changes in your medication regimen without consulting your personal physician.
All the best Jan
Posted by Lowcarb team member at 00:40

...that is a question for my doctor!

In my eyes less is almost always more on the medication front. But yes, I do listen to my doctor.

I have never taken aspirin before and hope I don't have to in future either!

I take half aspirin before bed time.
Coffee is on and stay safe

I am not allowed to have aspirin at all because of other conditions. Have a great week, Valerie

Interesting information, I have never taken an “aspirin a day” to keep the doctor away!!

My dad was diagnosed aspirin for heart problems but they think that taking it regularly contributed to a duodenal ulcer which nearly killed him so he was told to stop taking it. You hear so much contradictory advice about medicines that you don't know what's best.

Important to note. Asprin can be really dangerous.

A very important and informative article, thank you!

Thank you for sharing this information. Something to ponder. Have a beautiful day.

Hi Jan, Wow, this was an especially interesting post to me. I'm a survivor, of sorts. Had triple bypass open heart surgery in 2010 and have done well since. My cardiologist has me on 81mg asprin daily. It makes me feel good to know it apparently works as well as the larger dose. Thanks for posting this. Hope all is well with you and Eddie. Best regards from Seattle. John

Thanks for this I must remember to check with my doctor re. why am I supposed to take this when I have a great heart? I also have Type 1 diabetes, but still nothing wrong with my heart. Thanks for this reminder.

I rarely use Aspirin.

if you take aspirin for headache you can many times just dring a glas or two of water. Many times you just are low on water. :)

here we use paracetamol which is replaced by panadol now mostly to release light fever or headache ,i used to take it a lot after my second child due to light feverish feeling because of tiredness ,now though i lessened the use of it
thank you for informative post always friend