When you hang out on social media, you get to meet all sorts of people. From highly respected medical professionals to complete numbskulls. By and large the majority of people I follow on twitter, are tweeting information of benefit to others. They seek no reward, they have no hidden agenda, what they stand for is plain to see. What Christopher Snowdon stands for, and what his agenda is, appears to be dubious at best, to me.

He describes himself on his twitter account as "The IEA's abrasive director of lifestyle economics" The IEA has been described as "The most influential think tank in modern British history" according to the video presenter, in the IEA corporate awareness video below. One year on, the video has received 611 views, about the same number of views, this blog receives in a few hours on a good day. Can we claim to be the most influential diabetes blog in UK modern history? I think not.

Check out the Channel 4 news video below, and you will see Snowdon coming apart at the seams. Notice as the interview comes to an end, how Snowdon equivocates when asked does the IEA have connections to the food industry, he finally says when pushed "possibly" and also says "don't trust me" fair enough, I won't trust him. 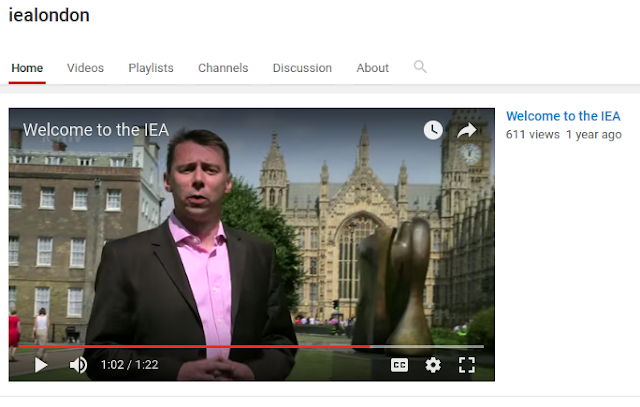 "The most influential think tank in modern British history"
Link to video here. 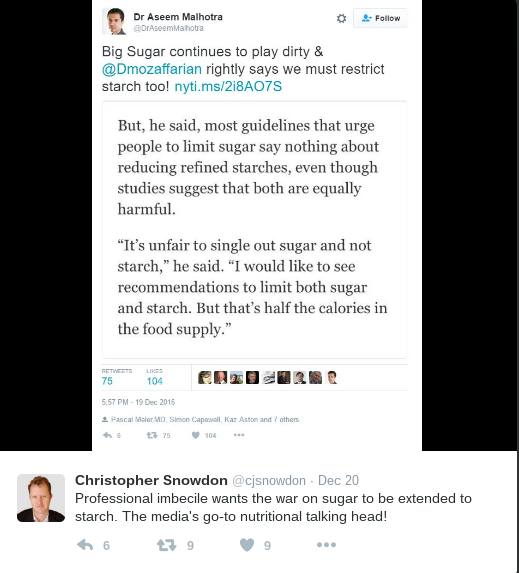 As you will see, registered BDA dietitian Catherine Collins, gives us the benefit of her acumen, again, another complete numbskull? As you would expect, I will be keeping a close eye on Snowdon's antics from now on. I doubt I will learn anything to my advantage, and if he is one of the more accomplished low carb higher healthy fat antis, my side has already won the argument.

Posted by Lowcarb team member at 16:03

Good to see you on the case Eddie, keep highlighting these "numbskulls?"

We are building up a thick file on Snowdon. More revelations coming soon.

You are a dumbskull Eddie, humans eat starch, it's normal - avoiding it isn't .

"You are a dumbskull Eddie, humans eat starch, it's normal - avoiding it isn't"

Another negative anon with the intellect of a lobotomised chimp.

I and many others eat very little starch, sugar or carbs (more sugar once digested)

"Starch or amylum is a polymeric carbohydrate consisting of a large number of glucose units joined by glycosidic bonds. This polysaccharide is produced by most green plants as an energy store. It is the most common carbohydrate in human diets and is contained in large amounts in staple foods such as potatoes, wheat, maize (corn), rice, and cassava." https://en.wikipedia.org/wiki/Starch