Politicians, BDA dietitians and other bullshiters part 1 or  "Trust Me I'm Not A BDA Dietitian"

There is no doubt about it, the worlds greatest bullshiters are politicians, followed closely by the average dietitian. Politico's say one thing when they mean the opposite, just about anything to keep the masses subdued and toeing the line. The average dietitian runs them pretty close, they have some great lines in passing the buck and exonerating themselves of responsibility for the failure of clients and patients, especially diabetics. Now, at this stage I would be the first to admit, some people are beyond help, no matter how sound and logical the dietary information presented to them, it goes in one ear and out the other. Unfortunately, most dietary information to diabetics from dietitians is a very long way from being sound and logical.

For example, all carbohydrates turn to sugars once digested. The most allergic to sugar people on the planet are diabetics, yet dietitians recommend starchy carbohydrates (bread, rice, pasta and potatoes etc) as a basis for meals. Bear in mind there is no such thing as an essential carbohydrate, this has been accepted as sound science for a long time, fats and proteins are essential, without them we die. You may be surprised to learn almost all whole fresh foods (with the exception of most fruits and some root vegetables) are low carb (as shown below) therefore low sugar. I am talking about food straight from the farm or sea, not failed science experiments from the likes of Danone, Abbott Nutrition, Nestle, Cereal Partners, BelVita Breakfast Biscuits and Coca Cola sponsors to the British Dietetic Association. So what about the bullshit you may be thinking.

When it comes to passing the buck, dietitians have turned bullshit into a complete and highly polished art form. Some of the usual get out of jail free card baloney "the patients failed to comply with dietary advice" often said by an over weight or morbidly obese dietitian, who clearly follows the 'advice' "no one size fits all", well I can prove the dietary advice I follow does fit all. Anyone want to argue, eating whole fresh food and avoiding highly processed, high sugar foods is not the way to go? "our recommendations are evidenced based" whose evidence? big pharma's or junk food companies. The fact is, many dietitians are very easily swayed, especially when money and sponsorship is involved, as we reported some time ago here.

""Last weekend the Food and Drink Team took Belvita Breakfast to BDA Live, the annual British Dietetics Association conference. As headline sponsor the team was on hand to help keep the dietitians going all morning. Whether they visited the breakfast bar or attended the breakfast workshops they had the opportunity to hear about the science and nutrition behind the brand. The conference was a great success with 82% of dietitians agreeing Belvita Breakfast is a good option for breakfast and 71% admitting we had changed their previous perception"

One very high profile dietitian was claiming potatoes to be a "super food" as evidenced here, while acting as a dietitian for the potato council and BDA spokesperson.

"Sian Porter, the Potato Council's consultant dietitian, told the Daily Express: 'It is important to have a wide variety of foods in your diet but sometimes our heads are turned by new things and we underestimate old favourites like potatoes and how they compare to other, often more expensive "superfoods"

Potatoes "superfood" yes and the moon is made of cheese. Which brings me to another standard cop out for dietitians when I quote them, from articles I have read in the media "I was misquoted I never said that" if that is the case, why is a retraction and clarification never made? And does Sian really believe spuds are a super food. Do 82% of BDA dietitians believe " Belvita Breakfast is a good option for breakfast" good option to what, a pound of condemned veal.

I do know some excellent dietitians, unfortunately very few work in the UK. A break-away group in the US are called Dietitians For Professional Integrity who stated upon formation.

"Our efforts are guided by professional integrity. We believe the American public deserves nutrition information that is not tainted by food industry interests. Those of us who co-founded Dietitians for Professional Integrity are nutrition experts first and foremost; we went to school to help people achieve better health through food, not to help multinational food companies sell more unhealthy products"

Until the British Dietetic Association, severs all links with what are increasingly known as junk food outfits, they will have to continue to plead at every opportunity with their strap line "Trust A Dietitian" How long before UK dietitians dump the BDA and form their own 'Dietitians for Professional Integrity'  One thing seems clear to me, the BDA is doing nothing for the reputations of the honest, well informed members and many must be appalled at the junk food sponsorship. How long before we hear "Trust Me I'm Not A BDA Dietitian" 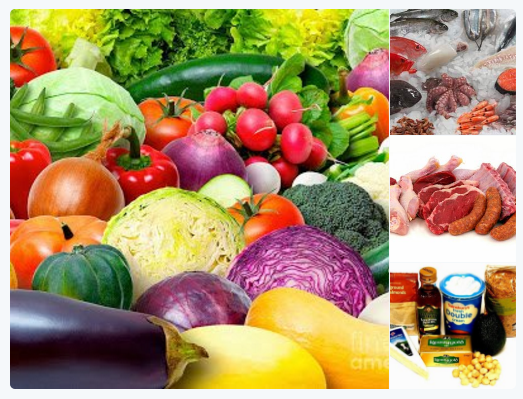 Posted by Lowcarb team member at 13:39

With the mishmosh of 'facts' presented to the public daily, each of which contradicts the other, I have no idea how the average person is supposed to determine what is and what isn't good for them. We have lost the ability to listen to our bodies. If we could only reclaim that it would become obvious pretty quickly what we should eat and what we should avoid like the plague.

It is sometimes so hard to gather it all in...common sense is needed more and more everyday. Good post~

How often do we see adverts for whole fresh food? not very often in the UK. But, £billions has been spent advertising complete junk over the years. A safe bet is, if a product comes with a list of ingredients and a long shelf life, it's probably junk. Real food rots pretty quickly, unless refrigerated or frozen. Most junk can be left in a kitchen cupboard for months and still be within use by date.

Happy Holidays to all.

I spend more time on a FB now sharing the information I obtained on the english-speaking nutrition blogosphere with my Russian friends. They know less, for example, they think that ketosis is only valuable as a weight-loss tool, and some people even think that sugary foods are good for their brain. As you know FB places some information it thinks a FB member may find interesting. The result of my interest in the diet-health connection is the the daily exposure to the standard diet advice about how to live healthy and not to gain weight during Christmas time. Most of the times(close to 100%) it is so ridiculous, I can't believe my eyes. For example, top healthy foods for diabetics - dates,oats, barley, apples, watermelons, or sweet potatoes and damned oats prevent people from getting a seasonal flu. They suggest using fruits puree as a butter substitute in baking, or making cookies from organic oats(again that oats!) instead of a regular flour and adding there I forgot which crap instead of eggs in order to upgrade cookies to the honor to be a vegan thing. I am afraid only certified dietitians tips were used for creating such nonsense. Only comments from the people who have a personal experience of normalizing their blood sugar or living the life without infections give such posts any positive value.

I agree with you too! These people are full of their own self importance! The truth is that they know absolutely nothing about basic nutrition!

Was once told that the brain requires 120g of carbohydrate per day to function. Do these people even know what they are talking about? Or is all of this bullshit science just handed down through the generations? It is bewildering that regulatory bodies actually endorse them! I had a family member referred to one, but I encouraged her not to waste a days annual leave, and provided her which much more valuable information myself!

I have heard that on numerous occasions from people that should know better. Clearly they have never studied gluconeogenesis. The brain does of course require glucose.

Principles of Biochemistry/Gluconeogenesis and Glycogenesis from Wiki

"Gluconeogenesis (abbreviated GNG) is a metabolic pathway that results in the generation of glucose from non-carbohydrate carbon substrates such as lactate, glycerol, and glucogenic amino acids" https://en.wikibooks.org/wiki/Principles_of_Biochemistry/Gluconeogenesis_and_Glycogenesis

Hence there is no such thing as esentuel carb, not that I am advocating a no carb diet, but it can be done.

"The earliest and primary proponent of an all animal-based diet was Vilhjalmur Stefansson, a Canadian explorer who lived with the Inuit for some time, and who witnessed their diet as essentially consisting of meat and fish, with very few carbohydrates - berries during the summer. Stefansson and a friend later volunteered for a one year experiment at Bellevue Hospital in New York to prove he could thrive on a diet of nothing but meat, meat fat and internal organs of animals.

His progress was closely monitored and experiments were done on his health throughout the year. At the end of the year, he did not show any symptoms of ill health; he did not develop scurvy , which many scientists had expected to manifest itself only a few months into the diet due to the lack of vitamin C in muscle meat. However, Stefansson and his partner did not eat just muscle meat - they ate fat, raw brain, raw liver (a significant source of vitamin C and others), and other varieties of offal."

Here is an answer on my comment about oatmeal benefits for diabetics "
Jackie Hatcher
December 17 at 8:55pm

Diabetes is NOT a disease of carb intolerance Galina Lebedev. Please stop spreading that lie. Diabetes is when the body stops producing insulin on its own. Smh" How the lack of an insulin allows tolerate carbs than?