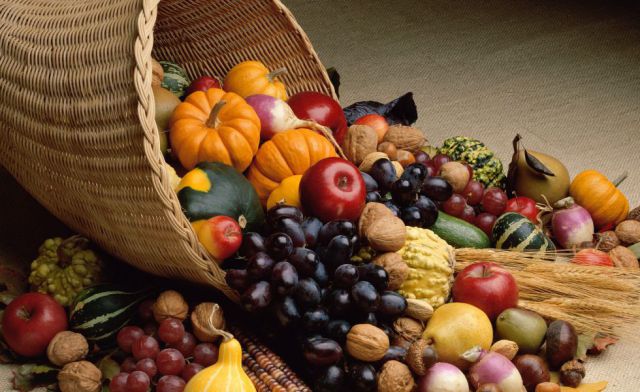 'We plough the fields, and scatter the good seed on the land;
But it is fed and watered by God's almighty hand:
He sends the snow in winter, the warmth to swell the grain,
The breezes and the sunshine, and soft refreshing rain.
Chorus All good gifts around us
Are sent from heaven above,
Then thank the Lord, O thank the Lord
For all His love.'
above lyrics as published in 1861 in A Garland of Songs

The months of September and October are wonderful harvest months with vegetables such as Aubergine (egg-plant), Cabbage and Celeriac ... each of which is a low carbers favourite ... to fruits like apples, plums and raspberries, with raspberries definitely on many a low carbers dish, to be enjoyed.

During these months many local church services and schools harvest festivals celebrate and give thanks. It is perhaps a sign of our times that what we now give can and does very often go to food banks which an increasing number of both families and single people becoming reliant on them.

As we look back, 'Harvest Festival' is one of the oldest and most traditional British festivals taking place at the time of the Harvest Moon, but other than gathering up tinned goods and taking them to church, as already mentioned, what is harvest festival all about?

Celebrating the harvest was once a pagan affair. Today’s church celebrations only began in earnest in Victorian times, when the Reverend Robert Stephen Hawker invited his parishioners to a special harvest thanksgiving service at the church in Morwenstow, Cornwall in 1843.

In centuries past, farmers would lay on a harvest feast and a corn dolly might be given place of honour and hung up in hope of a good harvest the following year. Long ago Anglo Saxon farmers believed the last sheaf of corn contained its spirit, and it would be sacrificed along with a hare usually found hiding in the field. A model of the hare was then made up using corn – and evolved to the dolly, said to represent the goddess or spirit of the grain.

The old West Country tradition of “Crying the Neck” was revived in Cornwall in the early Twenties. Dating back from times when crops would be hand harvested, a reaper would hold the last bundle of corn – sometimes known as the “neck” – aloft and cry out to the other harvesters. The corn was tied and kept in the parish church until the following spring.

Some harvesters felt it was bad luck to cut the last corn standing and farms would race to finish first and shout when they’d done it. Sometimes reapers would throw their sickles at the last corn until it was cut. Or they’d take turns to be blindfolded and sweep a scythe to and fro to finish.

Early English settlers took the idea of harvest thanksgiving to North America. “First Thanksgiving” was celebrated by the religious refugees from England known as the “Pilgrims” in 1621. They invited native Americans to a harvest feast at the Plymouth Plantation to celebrate a successful crop. Turkey wasn’t on the menu initially – instead the feast included goose, lobster, fish and deer.

Britain also celebrates the bounty of the sea as well as the land. Whitstable holds ceremonies to bless the seas during the town’s annual July oyster festival. Dozens of fish festivals are held around the UK’s coastal towns and villages, from Anglesey to Dorset to Rye Bay in East Sussex, where local scallops are on offer. 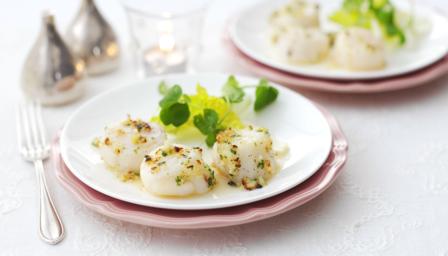 Michaelmas Day – also known as the feast of Saint Michael – celebrates the end of the harvest on 29 September. Historians say this originated in the fifth century when the cult of St Michael spread to Christianity in the West. During the Middle Ages Michaelmas became a religious feast, and people ate geese, which they believed would bring financial protection for the coming year.

Harvest festivals are held around the world from Australia to Sweden to India. In China the mid autumn festival is also known as the Moon festival. This custom is thought to hark back to ancient times when Chinese offered a sacrifice to the moon, a symbol of harmony and abundance. Families gather to eat traditional moon cakes and many folk tales centre around a moon maiden.

Words above from article here

As regular readers know, this blog is presented in a magazine style - we hope something for everyone. You will find a variety of articles, studies, thoughts, photographs, music and recipes! However, not all the recipes ideas featured in this blog may be suitable for you. If you may have any food allergies, or underlying health issues these must always be taken into account. If you are a diabetic and not sure how certain foods may affect your blood sugars, test is best, i.e. use your meter.

All the best Jan
Posted by Lowcarb team member at 19:52

Interesting article, and always a wonderful time of year. Valerie

...these festivals are new to me.

How interesting, I did enjoy this, especially hearing about the Moon Maiden.xxx

Canadian Thanksgiving will be on Mon Oct 14th this year.

Harvest is definitely something to be celebrated - whatever the time of year.

It seems like not only festivals are prevalent this time of year, but also so are craft fairs.

Seeing the progress of ages to ages is fascinating. Then to now, wow.

What fun! Thanks for the very interesting history lesson, Jan:)

Enjoyed reading about the Harvest Festival.
Love the horn of plenty picture.

Nice to read about the Harvest Festival, Jan. Interesting facts here. Thank you!

Yummy. I need to expand my foods.
Coffee is on

A most interesting post, Jan. Certainly we live with abundance and giving thanks and sharing are good things to do.

I love Fall, the first pic is so pretty! ☺

I remember the harvest festivals at school and singing We plough the fields and scatter. It's a lovely time of year when all the crops are gathered in. Such an interesting post.

Made me start thinking how different the sense of fall is, between country and city folk.

Very interesting - specially since many of my ancestors are from Scotland, England, and Ireland. I wish we held Harvest Festivals in my area but ... no.

Yes, it's all moon cakes galore here in this part of the world! I have always loved Harvest Festival celebrations and can remember belting out that hymn with gusto growing up!

Jan - the first sentence of your post called to me because I remember these lyrics from a song in Godspell - little did I know it dated back to the 1860s! Love all the historical information in this post - and I adore autumn!!!

that's very interesting! I always enjoyed the local harvest festivals when I was growing up

A joy to visit your blog and learn something new. Interesting facts.

It is truly sad that we lose so many of our traditions over the years... festivals are lots of fun especially this time of year. Interesting post. Thanks

This is so interesting. We don't have a harvest festival as such. I suppose Thanksgiving is as close to it as one might get but that's usually long after harvest -- end of November. I just loved this post, Jan.