Skipping Meat May Elevate the Risk of Bone Fractures : Vegans, vegetarians and pescetarians may be at higher risk of bone fractures 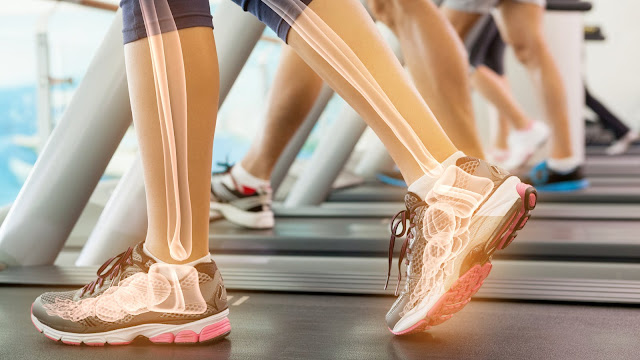 "Vegans, vegetarians and pescetarians may be at higher risk of bone fractures.

Dr. Tammy Tong, Nutritional Epidemiologist at the Nuffield Department of Population Health, University of Oxford, and the lead author said: "This is the first comprehensive study on the risks of both total and site-specific fractures in people of different diet groups. We found that vegans had a higher risk of total fractures which resulted in close to 20 more cases per 1000 people over a 10-year period compared to people who ate meat. The biggest differences were for hip fractures, where the risk in vegans was 2.3 times higher than in people who ate meat, equivalent to 15 more cases per 1000 people over 10 years."

A team of researchers at the Universities of Oxford and Bristol, UK analysed data from nearly 55,000 people in the EPIC-Oxford study, a prospective cohort of men and women living in the UK, who were recruited between 1993 and 2001, many of whom do not eat meat. Prospective cohort studies identify a group of people and follow them over a period of time to understand how certain factors (in this case diet) may affect certain outcomes (in this case fracture risk).

Out of the 54,898 participants included in the present study, 29,380 ate meat, 8,037 ate fish but not meat, 15,499 were vegetarians, and 1,982 were vegans when they were recruited. Their eating habits were assessed initially at recruitment, then again in 2010. Participants were followed continuously for 18 years on average, until 2016 for the occurrence of fractures. During the time of the study, 3,941 fractures occurred in total, including 566 arm, 889 wrist, 945 hip, 366 leg, 520 ankle and 467 fractures at other main sites, defined as the clavicle, ribs and vertebrae.

In addition to a higher risk of hip fractures in vegans, vegetarians and pescetarians than the meat eaters, vegans also had a higher risk of leg fractures and other main site fractures. The authors observed no significant differences in risks between diet groups for arm, wrist or ankle fractures once BMI was taken into account. The authors found that the differences in risk of total and site-specific fractures was partly reduced once BMI, dietary calcium and dietary protein intake had been taken into account.

Dr. Tong said: "Previous studies have shown that low BMI is associated with a higher risk of hip fractures, and low intakes of calcium and protein have both been linked to poorer bone health. This study showed that vegans, who on average had lower BMI as well as lower intakes of calcium and protein than meat eaters, had higher risks of fractures at several sites. Well-balanced and predominantly plant-based diets can result in improved nutrient levels and have been linked to lower risks of diseases including heart disease and diabetes. Individuals should take into account the benefits and risks of their diet, and ensure that they have adequate levels of calcium and protein and also maintain a healthy BMI, that is, neither under nor overweight."

The authors caution that they were unable to differentiate between fractures that were caused by poorer bone health (such as fractures due to a fall from standing height or less) and those that were caused by accidents because data on the causes of the fractures were not available. No data were available on differences in calcium supplement use between the different diet groups, and as in all dietary studies the estimates of nutrients such as dietary calcium or dietary protein are subject to measurement error. As the study predominantly included white European participants, generalisability to other populations or ethnicities may be limited, which could be important considering previously observed differences in bone mineral density and fracture risks by ethnicity, according to the authors.

More studies are needed from different populations, including from non-European populations, as well as cohorts with a larger proportion of men to explore possible differences in risk by sex, as around three-quarters of participants in the EPIC-Oxford cohort are women."
The above and more can be seen here
h/t Marks Daily Apple here
Other posts/articles that may interest you
Question : Are low-carb and keto diets healthy for bones? - see here
Five Ways That Drinking Milk Can Improve Your Health - see here
Osteoporosis: causes, symptoms, treatment - see here 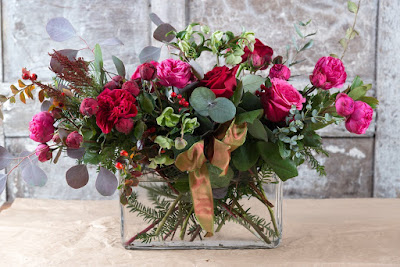 sharing some flowers for you to enjoy

Dear reader, this blog is presented in a magazine style - we hope something for everyone. You will find a variety of articles, studies, thoughts, photographs, cartoons, music and recipes! However, not all the recipes ideas featured in this blog may be suitable for you. If you may have any food allergies, or underlying health issues these must always be taken into account. If you are a diabetic and not sure how certain foods may affect your blood sugars, test is best, i.e. use your meter.

All the best Jan
Posted by Lowcarb team member at 19:48

True - which is why any diet should ensure that all bases are covered.

Indeed. I do believe this to be so.

This is really interesting, some different from what you usually hear about eating meat! Happy new week.

this is very interesting article Jan, thanks a lot. I know a few vegans in our circle of family and friends that might find this interesting.

Jan,
Great article!! It is important to eat a well balanced diet!! Thanks so much for stopping by and for your kind words!! Stay safe, healthy and happy!!
Hugs,
Debbie

I have friend who is vegetarian and did end up breaking her hips. And my son is a vegan. I know there high protein from plants but I wonder because of our teeth we need more of blended diet.
Coffee is on and stay safe

Good to know! Have a great week, Valerie

Good to read and it's true.
I wonder do these people who don't eat meat realize when they get older what damage they may have done to themselves by not eating meat at all...guess I will never know the answer to that because I'm much older than they are.

I love the flowers. I wonder if I should rethink my choice of vegetarian diet. Fascinating read.

Just goes to show that a well balanced diet is best!!

A very interesting read. Veggie and vegans have to take care to supplement their diets with vitamins.xxx

I am not surprised about vegans being at risk but I thought fish would be protective. Interesting.