Christmas : It Must Be Time For A Mince Pie ! 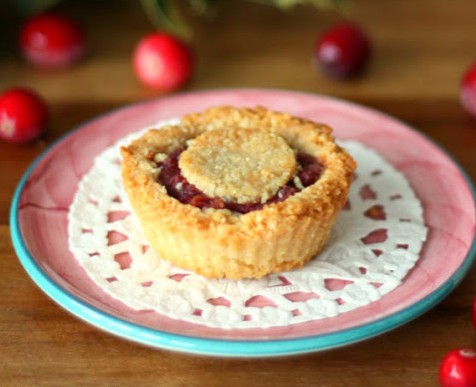 The History Of Mince Pies
A mince pie is a fruit-based mincemeat sweet pie of British origin that is traditionally served during the Christmas season. Its ingredients are traceable to the 13th century, when returning European crusaders brought with them Middle Eastern recipes containing meats, fruits and spices.

Mince Pies, like Christmas Puddings, were originally filled with meat, such as lamb, rather than the dried fruits and spices mix as they are today. They were also first made in an oval shape to represent the manger that Jesus slept in as a baby, with the top representing his swaddling clothes. Sometimes they even had a 'pastry baby Jesus' on the top!

During the Stuart and Georgian times, in the UK, mince pies were a status symbol at Christmas. Very rich people liked to show off at their Christmas parties by having pies made in different shapes (like stars, crescents, hearts, tears, and flowers); the fancy shaped pies could often fit together a bit like a jigsaw! They also looked like the 'knot gardens' that were popular during those periods. Having pies like this meant you were rich and could afford to employ the best, and most expensive, pastry cooks.

Now they are normally made in a round shape and are eaten hot or cold. Many like to eat them hot with some ice cream, although having them with double (heavy) cream can be nice!

A custom from the middle ages says that if you eat a mince pie on every day from Christmas to Twelfth Night (evening of the 5th January) you will have happiness for the next twelve months!

On Christmas Eve, children in the UK often leave out mince pies with brandy or some similar drink for Father Christmas, and a carrot for the reindeer.
Above words from here and here 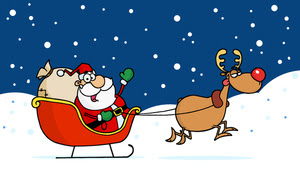 Now here is a variety of Mince Pie Recipe Suggestions

Mince Pies, Made The Low Carb Way from a popular 2016 post see here 4 carbs per pie

Low Carb Mince Pie Anyone, a recipe suggestion from 2015 see here
Of course you may have your own favourite recipe, or perhaps be someone who doesn't like mince pies! If you do not like mince pies you may like a cupcake with orange frosting, more details on this post here 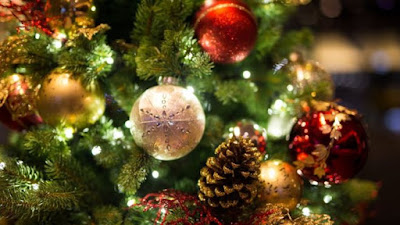 Dear reader, this blog offers a wide variety of recipe/food ideas, not all may be suitable for YOU. If you may have any food likes / dislikes, allergies, or underlying health issues these must always be taken into account. If you are a diabetic and not sure how certain foods may affect your blood sugars, test is best, i.e. use your meter.
All the best Jan

Posted by Lowcarb team member at 21:53

Mince pie is a must on our Christmas table and thank you for giving us healthier options, I didn’t know you could make a lower carb mince pie!

...this is something that I've NEVER had, so why start now?

Oh, mince pie! I grew up making it! Here is my view of that:

My mother made these for Christmas each year. I haven't had a mince meat pie in decades!

Mince pie always reminds me of Nanny. Thank you for the lower carb versions.

Susan Kane said...
Oh, mince pie! I grew up making it! Here is my view of that:

Hello Susan
Many thanks for the link.

Now I am craving one, with ice cream, yum.

I remember my mother also talking about mince pie, I think she even made it, but I don't think I ever tried it.

That's a great explanation of mince pies! Thank you! I shall try to like them.

My dad used to make these!

Thank you for sharing, I did not know the tradition. My mom was talking during our Thanksgiving about making a mince pie. :-)

I haven't had a mince pie in forever. Now I am thinking I should make one. Thanks for info, it was a fascinating read.

Oh I will definitely try this one. My mother made mince pies every year at Christmas. No one else liked them but they were soooooo good.

I have enjoyed minced pies, but mostly the fillings I have had came from a jar.

My grandmother made them from scratch every year when I was growing up. Now they have the mince ingredients in a jar (in the states).

custom about mince pie during Christmas season sounds amazing :)
blessings to you and family!

Thanks for sharing! Valerie

I really enjoyed the history you shared about the origins of the mincemeat pies! How incredible those tables must have been with all the mincemeat creations on them from the finest pastry cooks! Thank you for sharing the links for mincemeat recipes. Always a delight to visit your blog, many blessings to you Jan!

It is years since I have made them. Given how much himself loves them you have put me to shame.

We never really ate mince pies much when I was growing up but I do enjoy them on occasion. I buy them once in awhile to enjoy at this time of year. It's amazing the tradition goes back so far and has lasted through all these centuries.

I think it was 2017, at our Caravan Park in Madeley/Perth. A couple organized a Christmas party. With these pies, I thought of meat but they were sweet.
Yet, it was a wonderful evening, we sang Aussie Christmas songs and had a blast (as the mossies...).

Thanks for the historical tour of mince pies, very interesting!

Not many can resist a mince pie with cream. Must admit, we are lazy and buy boxes of six for 39p. If we made our own we would probably eat more. That's our excuse.

Mmmm my mum, being of Russian born, used to make the best mince pies at Christmas with Brandy Sauce and a dab of icecream.... how I crave for one now. xx

Never made a mince pie but have made Shepherds pie...we don't have mince pies at Christmas and don't know of any one that does when I come to think of it..

I didn't like mince pies as a child and I've never tried one since but I'm going to bite the bullet and give one a go this year. I only discovered last year that I like Christmas cake so it could well turn out the same way.

That's very interesting I didn't realise that mince pies had such a history. Everyone wants good luck right? so I need to eat one a day I think I'd better look at those low carb options, have a great weekend.

I have never tried minced pies, I think I prefer the fruit pies.
Take care, have a great day and a happy weekend!

💚🥧🎄🤗
Thank you very much for your comment, Jan!
I was extremely pleased to read Simo Häyhä is known in your country as well. :)
Stay safe!

Hello Jan,
That looks very well.
A nice idea to make for christmas.
You have made the recept and the post very cozy with the christmas details. Lovely!!

I would be craving a mince pie right now, had I not just eaten one :)

My grandmother used to make her own mince pies and they were good.

Hmmmmm - Christmas to Twelfth Night. I just might have to try one of your mince pie recipes!

Live with love each moment,

YuM!!! the pictures give me great ideas as to how to photograph my decorations!!

I've never had a mince meat pie but I do have a cake recipe with mince meat in it from my Grandmother. I make it every year at Christmas.

COMPLAINT: Why can't we have mince pies all year round in supermarkets? Like turkeys? And drinks?

Yum, the Christmas mince pie! Back home in South Africa they are popular but no so much here in Finland. A nice write up on mince pies, by the way. You made me smile with this, "Very rich people liked to show off at their Christmas parties by having pies made in different shapes..."

Bill has happy memories of his grandmother's mince pie. I never had it until a couple of years after we moved to Ireland, when a friend brought some to tea.

I have never made mince pie before and I don't know if it will happen this year -- but this looks like such a good recipe, it just might!

Wow I don't know how I missed this post. Yummmm minced meat anything and I am in.

Some of these sounds so good...