"Aspirin is once again in the headlines, prompted by New England Journal of Medicine reports suggesting that people aged 70 years and older obtain no benefit and perhaps experience harm in the form of increased bleeding and increased death from cancer on low-dose aspirin. This adds to the decades-long debate on whether aspirin is beneficial as a preventive measure against cardiovascular events such as heart attack in which a blood clot forms on top of inflamed atherosclerotic plaque in the coronary arteries. Unlike many other studies that are observational and therefore virtually useless, these studies are prospective and randomized against placebo, studies that bear greater weight with conclusions that are more certain to establish cause-effect relationships. 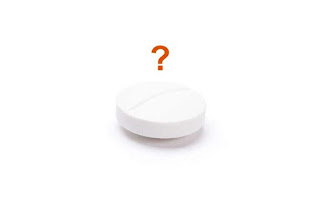 There is no question that people who have stents implanted in their coronary arteries, have bypass grafts, or have suffered a heart attack experience reduced risk of recurrent coronary events with aspirin, so-called “secondary prevention.” The tougher question comes in whether aspirin provides any benefits in primary prevention, i.e., lower-risk people without stents, bypass grafts, or prior heart attack.

The three reports originated with the ASPREE trial of 19,000 Australians and Americans age 70 years or older, randomized to aspirin 100 mg per day vs. placebo: no difference in cardiovascular death or cardiovascular events (fatal heart attack, non-fatal heart attack, stroke) over nearly 5 years, with about a 1.5% increase in bleeding (e.g., intracranial bleeding, gastrointestinal haemorrhage).

Previous clinical trials (prospective, randomized to aspirin vs. placebo) in broader populations examining whether low-dose aspirin (typically 81-100 mg, a baby aspirin) likewise mostly suggest no benefit, much in line with these recent reports in people 70 years or older. The recent ARRIVE trial of 12,000 participants, for instance, randomized to aspirin 100 mg vs. placebo, showed no benefit and a modest increase in bleeding from aspirin.

People who are hypercoagulable, i.e., have more platelet activation, higher levels of the blood clotting protein fibrinogen, have greater inflammation and insulin resistance, do indeed appear to gain a teensy-weensy benefit by taking low-dose aspirin, as shown in the recent ASCEND Study of 15,000 people with type 2 diabetes (i.e., people we know are inflamed, insulin resistant, nearly all overweight or obese, have greater platelet activation and fibrinogen levels) randomized to aspirin 100 mg per day or placebo: about a 1% reduction in cardiovascular events over 7 1/2 years (i.e., 0.13% reduction per year) and 1% increase in bleeding—hardly headline-worthy.

Let’s step back for a moment and take a look at the broader landscape. National dietary guidelines advocate limiting total and saturated fat, increased consumption of whole grains, and sugar in moderation, a lifestyle that has been associated with a dramatic surge in weight gain/overweight/obesity, epidemic levels of type 2 diabetes and pre-diabetes, autoimmune inflammation, hypercoagulability, and other “diseases of lifestyle.” In other words, dietary guidelines have created a population-wide hypercoagulable state with the most hypercoagulable obtaining about 1/10th of one percent per year reduction in cardiovascular events on aspirin and about the same risk of haemorrhage into the brain or gastrointestinal tract.

These most recent reports involving treatment randomization, large numbers of participants, with extended follow-up periods also counter a handful of previous observations suggesting a very small reduction in colorectal cancer on low-dose aspirin. ASPREE suggested about a 1% increase in cancer deaths (though no difference in cancer incidence).

Is aspirin a miracle drug for preventing cardiovascular events? Hardly. A 1/10th of one percent per year reduction in cardiovascular events in higher-risk hypercoagulable people at the cost of serious haemorrhage, sometimes fatal, is, in my mind, no benefit at all. And, putting all the evidence on cancer incidence together, it looks like aspirin likewise has little to no benefit in reducing colon cancer risk.

So much time and effort has been devoted to exploring a drug that yields so little in the way of preventive effects in the broad population. My advice: Eat healthy" ...

Words and picture above, plus all relevant links can be found at link below
https://www.wheatbellyblog.com/2018/09/aspirin-panacea-or-piffle/

Please note that, Dr. Davis the writer of the article above says 'nothing here should be construed as medical advice, but only topics for further discussion with your doctor'

All the best Jan
Posted by Lowcarb team member at 15:57

One really doesn't know what to take anymore. I've high blood pressure which leaves NISAIDs out, but I also suffer from chronic pain disorder. I also take alternatives to keep the pain level fairly bearable so I don't need prescription drugs. So I alternate Tylenol Arthritis which can cause kidney issues, with Aleve, which we all know the side effects. But what is a person to do?

A Cuban In London said...

I was kept away from aspirin for most of my childhood, so I have very little experience of it. Illness-related issues.

I use tylenol, but only if I need it, like for a headache.

Eat and live healthily is excellent advice for us all.

Wait a few years and there will be a study proclaiming it healthy for us again...or so the research trends seem:)

I've not seen that now they're questioning the advantages of aspirin. My Dad who's 92 take a half one daily...he's a tiny little man. My husband has a prescription for time released aspirin as he has A-Fib. Everyone I know that's been told to take them seems to do well...so I don't know.

Gosh I wish they would make up their mind about things, it’s make me feel they didnt do enough studies or long enough studies, so many things they thought were good are now bad, where does that leave us and it doesn’t raise our confidence in the medical world! My husband has stents, and he’s almost seventy,

Thanks Jan, its always interesting to read articles like this, but they can cause anxiety. Always best to discuss things with your Doctor (or medical team) as Dr. Davis the writer of the article says "nothing here should be construed as medical advice, but only topics for further discussion with your doctor"
Ted

Thank you for this interesting post and a different perspective on taking Aspirin. My husband and I take it daily.

Interesting ideas and research. Unfortunately I meet nearly every bad criteria and have a blood clotting disorder that I inherited. My father was warfarinised for years. He died from a clot related illness shortly after his warfarin was stopped. I don't baleen the decision as he had reached a miserable existence. But my experience has coloured my perception.

Thanks for this info.

I heard about this on the news.
Coffee is on

Isn't it crazy how medical advice keeps changing? Perhaps we need to fire our doctors and just go to a witch doctor.

Hubby takes aspirin and (knock on wood) didn´t have to see a hospital this year.

This is very interesting Jan! Thank you!

Thanks for sharing, a lot of interesting info