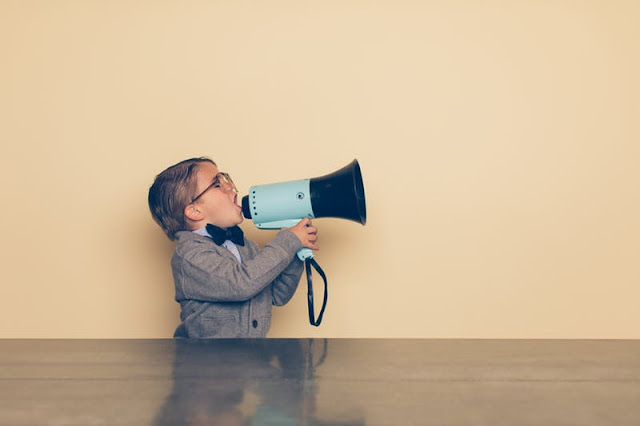 This article from Diet Doctor site:
Bret Scher, MD FACC writes:
"Nutrition wars on social media may be at an all-time high. That isn’t a scientific fact, but it sure feels like it.

“My side is right.” “Your side is killing people.” The hyperbole and the rhetoric seem unprecedented. It has gone well beyond science into personal attacks, criminal accusations, and emotion-filled tirades.

The recent escalation was kicked-off by a recent series of studies published in the prestigious journal Annals of Internal Medicine suggesting that high-quality science does not support lowering our intake of red meat. This finding is supported by both prospective and observational studies published in peer reviewed journals. It is backed by science.

Yet, the recent publications was met with cries of fraud, deception and outright harm. Those who staunchly defend vegan and vegetarian diets as the only path to health and salvation attacked these studies and called for their retraction.

Their retraction! It is as if the authors were fabricating the data or were purposefully deceiving the public.

That’s just not the case. These were scientific studies. The authors carefully graded the quality of the research. They explained their scientific methods. They focused on an individual perspective and downgraded science that has extremely weak associations. They were upfront and transparent about their process. There was no fraud. There was no deception.

And while I am at it, why the strong rejection by some that carbohydrate restriction can be an effective therapy for obesity, diabetes, and metabolic syndrome? Again, the science supports it. There is no fabrication. There is no fraud.

Why do some claim loudly that those promoting low carb are criminals who are killing people?

Do some in the low-carb world claim a little too loudly that low-carb is the only way? Do some shout about its many benefits, some backed by research and some not?

Yes, they do. That is part of human nature and, I have news for you, the same can be said about vegan and vegetarian advocates. Yet somehow those advocating for plant-based diets don’t get quite the same rebuke.

In fact, if anyone has been promoting the “one diet for everyone” message, it is those promoting a vegan diet for all.

Low carb, on the other hand, does not discriminate. Low-carb can exist with a vegan, vegetarian, omnivore, or carnivore twist. Low carb doesn’t discriminate, and it is backed by science. Just reduce your carbs in a manner that you can sustain, and you will improve your blood pressure, type 2 diabetes and metabolic syndrome.

The science backs that up.

Can you achieve those goals by other means? Of course you can.

Does everyone have uniform success with low carb or with other means? Of course not.

Before I dwell too long about the failings of social media and nutrition science, in comes Dr. David Ludwig with a new article responding to prior critique of his work with poise.

International Journal of Obesity: Scientific discourse in the era of open science: a response to Hall et al. regarding the Carbohydrate-Insulin Model

Dr. Ludwig, a Harvard researcher and endocrinologist, published a paper last year showing that those following a low-carb diet, post-weight loss, burned an average of 200-280 additional calories per day compared to those on a higher-carb diet. (Here is a link to our Diet Doctor podcast that was recorded just before the study was published, and an article we wrote shortly after it was published). Some, most notably researcher Dr. Kevin Hall, criticized the methods Dr. Ludwig used.

Did Dr. Ludwig strike back with personal attacks? Did he call his critics “zealots” or simply dismiss their rebukes? Not at all. Instead, he made all his data publicly available and essentially said, “Here it is; let’s have a constructive discussion about this and one of two things will happen. Either my methods will be shown to be inaccurate, or they won’t.” Either way, the winner in the end is science. I believe a belief in science is why Ludwig does what he does. He is not trying to prove his self-worth by being “right.” He hopes to promote good science, ultimately to help people improve their lives.

Advocates for low carb are not hurting people. They are promoting an evidence-based diet now recognized by the American Diabetes Association as the most effective therapy for glucose regulation. This should be a tool in the tool box of every physician. If our goal is to reverse our current obesity and diabetes epidemics, we have to use carb restriction as a tool in the right circumstances. While we are at it, we have to get away from the dogma that there is one way to treat all people.

Can we do that and be civil to one another? After all, it isn’t about us. It never was. It is about the millions of people who need our help."

Related Articles:
The science of low carb and keto - read it here
You may also like to read 'Introduction to low-carb for beginners' see it here

All the best Jan
Posted by Lowcarb team member at 00:15

Very thought provoking, always a battle, each person must come to their own conclusions at the end of the day,

There is an interesting article in this month's Scientific American about diets. What these people found in their research is that the more processed the food, the more likely we are to stay hungry because our brain doesn't recognize the small food particles. So we eat more, and gain more weight. It makes sense because it takes a long time for our bodies to evolve to new materials. So whether you chose meat or not, it is good to know that eat natural foods is still the best thing.

This is an excellent post with amazing and thought provoking information, thank you for sharing this. I've never read or heard anything about this before reading about it here. Thanks to you I now have some insight into it. Thanks for the enlightenment.

Wishing you a great week!

one day it's good for you, one day it's killing you...everything in moderation works for me!!

There is a lot of puritanical thinking regarding food. People assume that if it tastes good, it must be bad for you.

Thanks for sharing these thoughts.

It seem like there always debate and study what is healthy. I try to keep my calorie count about 2,000 but balance.
Coffee is on

Too true. There are unfortunately many people who only see their chosen path as being right and feel they are entitles to slam and hate everybody else. Valerie

Social media wars are rife in so many areas. With lots of shouting and far too little tolerance.

Interesting...!
Wishing you a nice week ahead!

Adults, in my opinion, can eat what they want.
We had a family here who put the vegan life style on their very young child, that ended up in hospital
And this is not OK, I think. Until you cannot understand you should be allowed to eat also meat, etc... a balanced diet. It will always be a war, I guess, and I agree with you, low carb does not hurt anyone.

truth never can be kept hidden for long for sure and i so agree what you said here my friend
blessings !

If the research is properly conducted, the methodology is sound, then the results are indisputable. The area that could jump off the rails is the conclusions that were reached. The researcher could be biased in some way, but studies with those types of conclusions seldom get published.

Everything has to be black and white nowadays, especially to the eco-warriors, veggiemites and alphabet people. For them there is no in-between when in fact we all know that very little in life is as simple as black or white, right or wrong.

It's just awful. The war metaphor is apt. It could be science, but there are so many con men out there.

I agree. The war metaphor is so accurate...all these "authorities", many of whom have their own agendas.
I do think that, ultimately, we have to make our own choices.
Thank you for a very interesting and thought-provoking post, Jan.
And I totally agree with you.


Speaking the truth is a revolutionary act. It doesn't matter what it is the truth about-- diet, lifestyle, pollution, whatever. All you're doing is refusing to believe what you have been told to believe. You look at it for yourself and decide. It is outrageous and it drives them mad.

Sad that opinions become so conflated with self worth. Sad that people become so loud and defensive. I do know that for me low carb works and keeps me healthier and I am interested in the science that backs this up. Several people in my family are scientists.