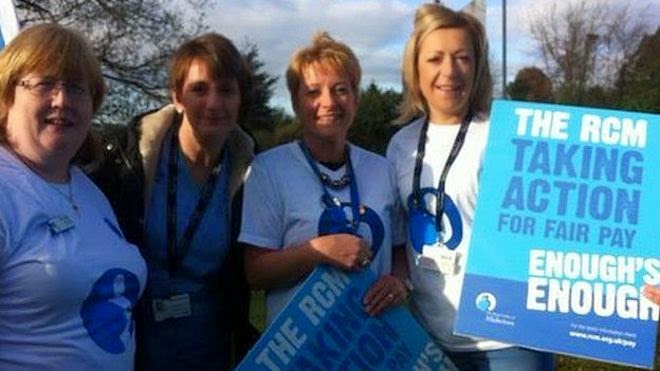 "Midwives in Northern Ireland are staging a four-hour strike action on Thursday in a dispute over pay.

They are calling for a 1% pay increase, as was given to their colleagues in Wales, Scotland and England.

It is the first time members of the Royal College of Midwives have staged a strike in their 134-year history.

The Department of Health said officials were working to ensure a safe service was provided during the stoppage."

While NHS fat cats draw eye watering high salaries and pensions, the people at the coal face have to fight for a very modest pay rise. PM Cameron said he would not meddle with the NHS, he lied.

Full story to above here.

"He promised "no more pointless and disruptive reorganisations". Instead, change would be "driven by the wishes and needs of NHS professionals and patients".  Link to the promise here.
Posted by Lowcarb team member at 12:02