The Pope - A Low Carber - May Enjoy This Low Carb Luxury Lasagne?

As readers of this blog know 'Low Carb' is becoming increasingly popular. Many sportsmen/woman are choosing this healthier lifestyle, as are tennis players and the Australian Cricket Team.

However it has recently been disclosed that now The Pope and David Cameron, The British Prime Minister, are eating less carbohydrates in their diet.

"A lot of smart people seem to be cutting down on the carbs these days. After gaining some weight Pope Francis has apparently been told by his doctors to cut back on pasta" see Diet Doctor and Time Magazine.

For anyone who is looking to cut out pasta why not try the low carb equivalent 'aubergine' (eggplant). Have a look at this recipe idea below. 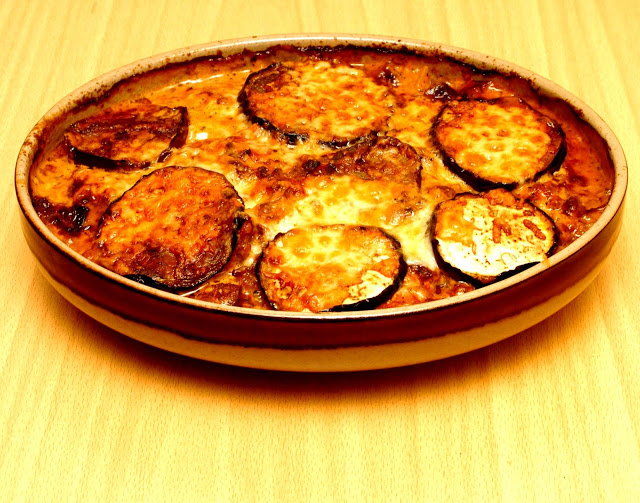 Method:
Fry the finely chopped onion with the olive oil in a large frying pan, Americans call this a skillet I believe. When soft add the minced beef and brown. Add the chopped peppers, mushrooms and chopped tomatoes. Allow to come off the simmer and add the double cream, and stir well. Cut the aubergine into thin slices around 6mm/ around a quarter inch thick. Layer up, one layer of aubergine and one layer of the beef mix, in your oven proof dish, adding some salt, mixed herbs and pepper. Place in oven set at 200c for around thirty minutes. Remove and cover with grated cheddar cheese. Place back in the oven and cook for a further 10 minutes or until the cheese is golden brown.

All the best Jan
Posted by Lowcarb team member at 11:32