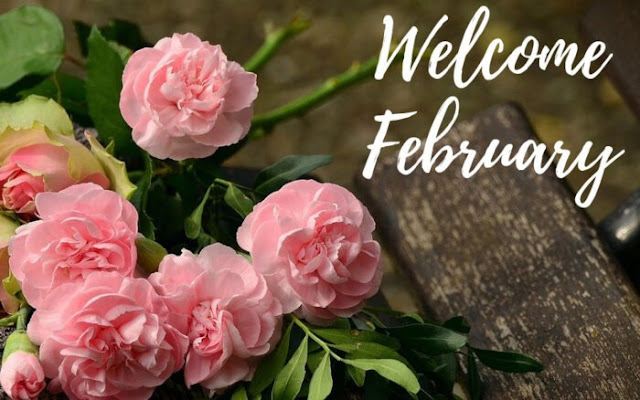 image from here
The February sunshine steeps your boughs and tints the buds and swells the leaves within.
William C. Bryant
As we welcome February, I think many readers will agree this month is mostly recognized for Valentine’s Day. Yes cards, flowers and chocolate sales go sky high! Also depending on where you live, it can be a very cold month!

February fluctuates between having 28 and 29 days per year. The 29th day only occurs every 4 years during leap years, and the next leap year will be 2024.

If you were born in February, your birthstone is an amethyst and your birth-flower is a violet or primrose.
The western zodiac signs in February are Aquarius which is until February 18th, and Pisces, which is from February 19th.

The name of February comes from the Latin word “februum” which means purification.

February was named after a purification ritual which was like an early Roman spring cleaning festival.

The Saxons called February “Sol-monath” which means “cake month” because they would offer cakes to the gods during February.

Of all the words you can misspell, February is one of the most misspelled words in the English language.

February is the only month where it’s possible to go the entire time without having a full moon.
See the above and more in article here 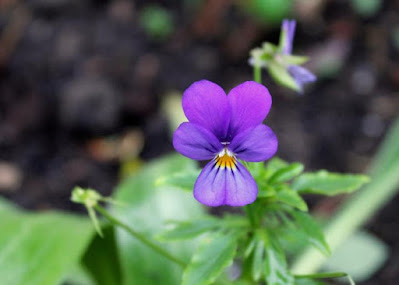 violet February birth flower
Wishing all readers a Happy February
In celebration of "cake month" here are some low carb cake recipe ideas
Cinnamon Tea Cake - see here
Cinnamon Coffee Cake - see here
Ginger Cake - see here
Malibu Coconut and Chocolate Cake - see here
Chocolate Pound Cake - see here
Carrot Cake - see here
Italian Lemon Cake - see here
Mug Cakes - see here
Dear reader, this blog is presented in a magazine style - we hope something for everyone. You will find a variety of articles, studies, thoughts, photographs, music and recipes! However, not all the recipes ideas featured in this blog may be suitable for you. If you may have any food allergies, or underlying health issues these must always be taken into account. If you are a diabetic and not sure how certain foods may affect your blood sugars, test is best, i.e. use your meter.
All the best Jan
Posted by Lowcarb team member at 00:04

I'll try to have a good month. It's not actually here yet!

Happy February! It'll be a new month in a few hours here :)

...where did January go?

A few hours to go here before February arrives but hope yours is a good one!

February brings us closer to March! Thanks for the info.

Oh gosh how time flies.
February is usually the hottest month for us.

I hope your February (and the year to come) is happy, healthy and just plain lovely.

I don't really concern myself with Valentines Day but I can definitely get on board with a celebration of cake! X

I can't believe we're into February already. Lots of fun facts there.

Lots of interesting facts there and thank you for all the cake recipes. February for me means one step closer to Spring. Have a great week.

still not time for spring flowers where I live, except for snowdrops :)

So many fun facts. However, I do wonder where January went????

Beautiful flowers and I love reading about the moon.
Have a beautiful February ☕🌛🌷

hopefully february can be nice 😄

We need something to brighten up February, don't we? Valentines is a good one. Thanks for the cake recipes!

Excellent post, how much information I didn't know about the month of February.
Have a wonderful month with all the best, especially health.
Greetings and hugs

Fascinating information about February, some of which I had no idea of...many thanks for this.😊😊
What a great excuse to bake a cake!! I will choose your fabulous carrot cake recipe!
Here's hoping the month ends with much better weather than it has begun with, eh?!😉

Have a great day and stay safe!

Thanks for all this interesting information. I looked up the ginger cake recipe, but since I don't go inside a store now, I think I will wait with it until I can.

Happy February! Wonderful facts about the month, Three family members have been born in February so it is a month of celebrations for us!

I am a February babe! Aquarius, child of the 60's. Valentine babe. Always tried to convince folks I was a sweetheart but for some reason, they had a hard time buying that! I love my birthstone since I am very, very fond of the color Purple!

Welcome to FEBRUARY. I call it the "Month of Love"... On Facebook, I'm going to express something I love each day this month... That helps me to stay positive --although the country I love so much will forever change soon.... BUT- I'm OLD so hopefully I won't be here long enough to see is all happen. I do worry about my kids/grands.... BUT--in the meantime, I'll keep finding 'love' around me --and try to show it to others...

I always love your first of the month posts, Jan. I always, always, ALWAYS learn something interesting, new and fun!

Our granddaughter was born in February...about the only thing I knew here is that Amethyst is the birthstone. So this was all interesting to me.

Amethyst is my birthstone. Today's my birthday.

I love the idea of February being cake month. I shall have to do some sort of baking to celebrate. Happy new month!

I enjoyed this post. I must have missed January's.
I have misspelled February, so that fact is right on. ;-)

Well I didn't know that about the full moon, you really do learn something everyday! Thanks so much for the cake recipes, all filed away. Take care and have a great month, Sue xx

very interesting things about February, I had to make sure that I spelled that correctly :)

i will have to check out those cakes. that little purple violet is beautiful!! happy february!!