Leap Day, on February 29, has been a day of traditions, folklore and superstitions ever since Leap Years were first introduced by Julius Caesar over 2000 years ago.

Women Propose to Their Men:
According to an old Irish legend, or possibly history, St Brigid struck a deal with St Patrick to allow women to propose to men – and not just the other way around – every four years.

This is believed to have been introduced to balance the traditional roles of men and women in a similar way to how leap day balances the calendar.


Gloves Hide Naked Ring Finger:
In some places, leap day has been known as “Bachelors’ Day” for the same reason. A man was expected to pay a penalty, such as a gown or money, if he refused a marriage proposal from a woman on Leap Day.

In many European countries, especially in the upper classes of society, tradition dictates that any man who refuses a woman's proposal on February 29 has to buy her 12 pairs of gloves. The intention is that the woman can wear the gloves to hide the embarrassment of not having an engagement ring. During the middle ages there were laws governing this tradition.

The Henriksen family from Andenes, Norway currently holds the official record for the most number of children born in one family on leap day. Karin Henriksen gave birth to three children on February 29; her daughter Heidi in 1960 and her sons Olav and Leif-Martin in 1964 and 1968.

When do Leap Day Babies Celebrate Their Birthdays:
Leap day on February 29 occurs (nearly) every four years, but leap day babies, or leaplings, still get to celebrate their birthdays in common years. Some celebrate on February 28, some prefer March 1. However, many countries have laws defining which date a person born on February 29 comes of age in legal terms. For instance in New Zealand, the official birthday falls on February 28 in common years; in other countries like the United Kingdom, leap year babies have to wait until March 1.

In Scotland, it used to be considered unlucky for someone to be born on leap day, just as Friday 13th is considered an unlucky day by many. Greeks consider it unlucky for couples to marry during a leap year, and especially on Leap Day.

See words above, and more, from articles here and here

Looking for a great LCHF leap day meal - how about this 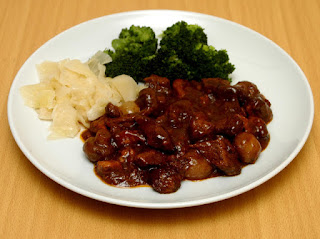 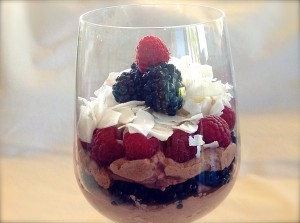 Enjoy your day ...
Enjoy your life, love and health ...
Look after yourself, and loved ones, the best way you know how ...

All the best Jan
Posted by Lowcarb team member at 10:56

I've always thought it must be difficult to have a birthday on the 29th February. Those meal suggestions look very tasty.

There are many very tasty items that contain low carbs...we have found many.

Proposed once... it was a disaster!!! very happily married to someone else...now pass me the sundae...
Amanda xx

Interesting to learn all these things Jan...Boeuf bourguignon is an exquisite recipe!Happy new week and hally new month!
Olympia

What a lovely post, and how interesting, I did enjoy it!xxx

It's funny to read all the folklore...I never knew these ones... I think although cool to be born on February 29th, I like having the same day to celebrate my day. I hope you're doing well ♡ xox

Very interesting post Jan, those recipes have also gone on my list. Having company this weekend. Thank you :)

Can I just say many thanks to :-

for your lovely comments

Hope you all had a good 'leap day'

I know someone who proposd to her boyfriend on leap year- he refused, but they are still together now 4 years later.
I like the tradition about the gloves, never heard of that before.
Lisa x

Lisa
Yes, it's always interesting to read about the traditions of this day.