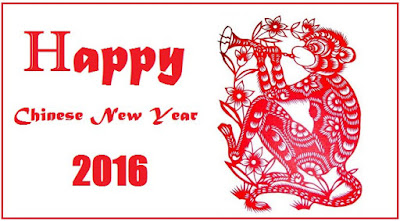 Chinese New Year, also known as Spring Festival in China, is China’s most important traditional festival. It is also the most important celebration for families, and a week of official public holiday.

The date of Chinese New Year is based on the Chinese Lunar Calendar, not the Gregorian calendar, but is always somewhere in the period from January 21 to February 20. 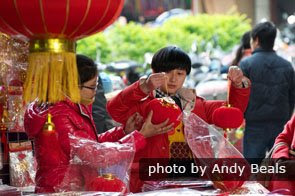 Although there are many interesting legends and stories explaining the start of the Chinese New Year festival, the main two reasons for the festival are ... to celebrate a year of hard work, have a good rest, and relax with family and to wish for a lucky and prosperous coming year.

Chinese people believe that a good start to the year will lead to a lucky year. Chinese traditionally celebrated the start of a new year of farm work, and wished for a good harvest (when most were farmers). This has now evolved to celebrating the start of a new business year and wishing for profits and success in various vocations.

How Do the Chinese Celebrate the Festival:

A Festival for Family - Chinese New Year is a time for families to be together. Wherever they are, people come home to celebrate the festival with their families.

The New Year's Eve dinner is called "reunion dinner", and is believed to be the most important meal of the year. Big families of several generations sit around round tables and enjoy the food and time together.

Every street, building, and house where CNY is celebrated is decorated with red. Red is the main colour for the festival, as it is believed to be an auspicious colour. Red lanterns hang in streets; red couplets are pasted on doors; banks and official buildings are decorated with red New Year pictures depicting images of prosperity.

Most of the decoration is traditionally done on Chinese New Year’s Eve.

As 2016 is the year of monkey, decorations related to monkeys will be commonly seen. There are red monkey dolls for children and New Year paintings with monkeys on.

Eating Lucky Foods for Increased Luck in the Year Ahead:

Certain foods are eaten during the festival (especially at the New Year’s Eve dinner) because of their symbolic meanings, based on their names or appearances.

Fish is a must for Chinese New Year as the Chinese word for fish sounds like the word for surplus. Eating fish is believed to bring a surplus of money and good luck in the coming year.

Another interesting thing is the red underwear…
You will see red underwear sold at supermarkets and street markets. Red is believed to ward off bad luck and misfortune. For people born in a year of the Monkey, red underwear is a must for 2016!

You can read these and more details here

And perhaps not quite Chinese but it is fish!
How about some steamed fish with ginger - served with Asian greens 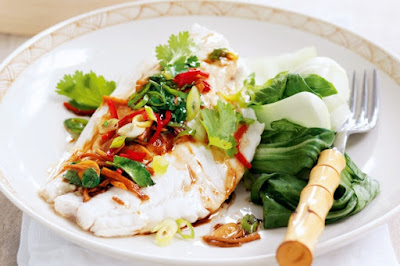 Recipe idea and instructions from here

So in conclusion … wherever you are … whatever nationality … at this time I would join in the Chinese custom and wish everyone peace and prosperity in the coming year.

Maybe we should add good health too...

All the best Jan
Posted by Lowcarb team member at 10:38

Hello, Happy Chinese New Year to you! I love all most all kinds of fish, thanks for sharing.
Happy Monday, have a great new week ahead!

Interesting to read this, and the fish recipe does look tasty.

Eileen
Thanks for your comment, I'm sure all who are celebrating are having a great time - well I hope they are!
Fish is a firm favourite in our house.

Annie
Glad you enjoyed this article.
Glad you liked the look of the fish dish.

Thanks for your comment - have a good week ahead

Dana Carpender, my favorite living cookbook-writer, has a delightful low-carb version of sweet-sour dishes -- i think i'll make SS shrimp for tonight, and maybe some almond-chicken as well; the latter recipe is easy to lowcarbify. ;-)

Tess
Yes, Dana has produced some great recipe ideas.
Your meal idea sounds great to me ... I'll be over!!!

If anyone should wish to find out more, you can check sites like Amazon, Dana Carpender is the author of multiple books on low-carb cooking including the bestseller 500 Low-Carb Recipes.

I'm a monkey! I think I shall invest in some red undies and hope this is my year!!
Lisa x

Lisa
Red undies could be just the thing!!

I always think of the Chinese New Year as "anatomically correct", the days are noticeably longer by now and it feels like spring is on the way even if it gets colder.

Chris
The days are getting a little longer ... especially a day like today with blue skies and sunshine, just had to dress warm as it was a little chilly!