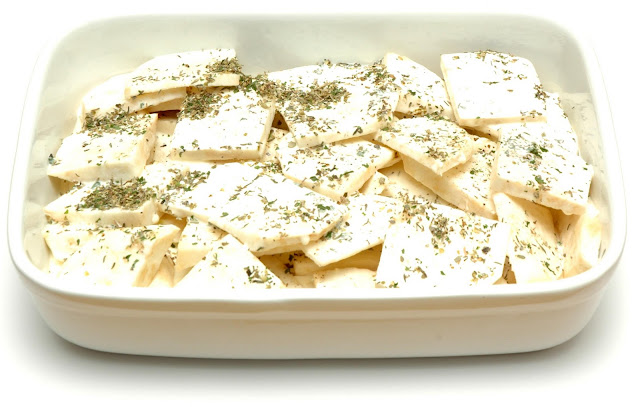 Yes, you may have seen this recipe before - it is one of our favourites, but if you haven't - well you've been missing out on some great food!

Celeriac is one of the low carb mega stars. Much tastier than potatoes, lowcarb and unlike other root vegetables, which store a large amount of starch, celery root is only about 5-6% starch by weight. Collins Gem calorie counter states flesh only boiled 1.9 grams of carb per 100 grams.

Celeriac is not available in all supermarkets, but well worth hunting out.

Cut the celeriac into quarters then peel. Slice the celeriac into 5 mm thick pieces. Place a layer in a baking dish and add some double cream and dried herbs, salt and pepper. Continue layering up. Place in a hot oven 200 centigrade and cook for 35 minutes. Remove from oven and add a layer of grated cheddar cheese. Place back in oven and cook until cheese is golden brown. Serves 4

One of our favourite foods, this dish goes with anything, meat, fish and even tastes great warmed up for breakfast with a couple of poached eggs and some mushrooms, or try with some kippers, great food at anytime ...and does not raise blood sugar levels.

Consider trying it soon - you'll be glad you did!

All the best Jan
Posted by Lowcarb team member at 09:52