Have you ever wondered : Why do the British say "Autumn" instead of "Fall"?

Becca Marsh writes
"You may have heard the British use the word "autumn" to describe the time of year that ends summer and turns to winter or in simpler terms, the third season.

But why do they use a different word?

Both "fall" and "autumn" were used as part of the English language to describe the third season of the year.

But the older of the two is "autumn." 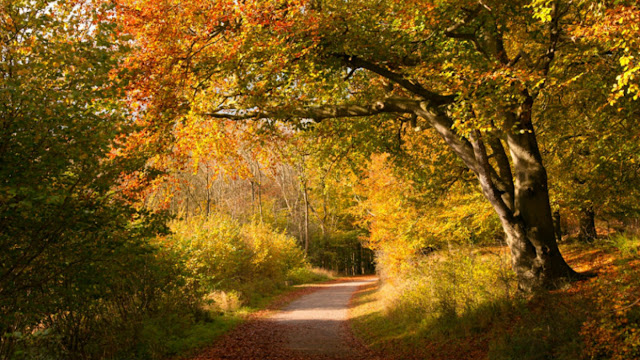 When was the first appearance of the word autumn?
It was first used in English writing in the 14th Century and it comes from the Latin word "autumnus," although it is still a mystery where the word "autumnus" stems from.

Over time autumn became a popular word to use, as prior to this it was referred to as "harvest."

This was quite often disputed over because the window to harvest varied depending on crops and location.

This is because English speakers considered the year to have only two seasons, summer and winter.

Focusing mainly on the coldest and warmest parts of the year, therefore there was no need for a word to describe "harvest."

By introducing the word "autumn," it became a word to describe the transition between summer and winter in a clearer, less disputed way.
Where did the word "fall" come from?
Over time, poets became interested in describing parts of the year in romantic ways, and this is when "fall" appeared for the first time to replace the use of the word autumn.

During the 16th Century, writers continued to be amazed with the time of year and came up with the term "fall of the leaf".

This was used in conjunction with "spring of the leaf" to describe these transitional times of the year.

Eventually the terms were shortened to "spring" and "fall."

Shortly after this time, Britain’s empire was expanding fast, and in turn, that meant the English language was becoming widespread.

One area of the world in particular that it heavily influenced was North America.

There was less contact between the two areas and this influenced the language being spoken in the two different continents.

So the reason why Americans use fall and British use autumn, is because around the same time the English went over to North America, the most popular word to describe the third season had changed from autumn to fall.

It was in this time that the English language was taken over to North America.

As the two continents became more independent and there was less contact, fall was still used in North America, whilst Britain reverted back to using the word autumn."
Words above from here 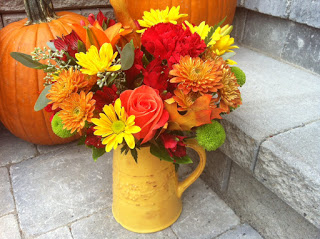 The Autumn is one of my favourite seasons, how about you? I often think that Autumn is the season for Celeriac Soup and Low Carb Foccacia Bread - see here
You will find a variety of articles, studies and recipe ideas within this blog, and not all may be suitable for you. If you may have any food allergies, or underlying health issues please take these into account. If you are a diabetic and not sure how certain foods may affect your blood sugars, test is best, i.e. use your meter.

All the best Jan
Posted by Lowcarb team member at 11:36

Isn't that interesting!
I think of autumn as more poetic. It may boil down to people being lazy, as well! Easier to type fall than autumn. Maybe too many people are bad spellers??!!
We use autumn more frequently, I think.

How interesting! I didn't know that! But Autumn is a more beautiful word I think! And I'm in the minority I know...but it's my least favorite season. I'll be happy for the cooler temps though and more hiking days! Hugs!

What an interesting post. I had wondered about that. I even had to read this one to my husband. Thanks for sharing. hugs-Erika

...I always thought that autumn was an European term. Fall rolls off my tongue.

Nice article. The word autumn is used occasionally over here in the US, but fall is indeed said more by far. My daughter's name is Autumn and people used to remark that it was a beautiful name when she was a little girl.

Interesting, I do prefer spring.

How interesting as I didn’t have a clue as I’d never really though about it.

I hear both used and hadn't realized that "Autumn" was a more British thing.

I prefer the word Autumn. Fall has too many other meanings. Autumn means soups are back on the menu big time.

I also wonder if "Fall" might be more used in North America because in the early days of this country, it must have been astounding at the amount of leaves from all the hardwoods. I've read that at one time squirrels could travel from tree to tree for hundreds of miles. Imagine the fall of leaves in the Autumn! A co worker is about to have her baby girl, her name will be Autumn. And married to a Brit, I know that y'all say Autumn and Americans say Fall!

I always wondered about that. I use them both interchangeably, depending on the context of the sentence. But I do notice the cultural differences. Thanks for posting on this. I learned something new today!

Australia uses Autumn too - and it is one of my favourite seasons as well.

I've always preferred using autumn when I create my art. I enjoyed the history lesson, though.

A dear British blogger friend and I have compared many, many words that mean the same, but are different. Possibly a few of the most famous are boot versus car trunk, lift versus elevator, and biscuit versus cookie. We came up with over 100 that applied.

Hi Jan. I love the sound of the word "Autumn" and I will use it when I am in a dreamy state! But like everything else "American" I think we use fall because it is quicker and easier. Autumn is a place and a wish and I love it. After watching Midsommer Murders sometimes I think I am in the wrong country. I am going to check out your recipe for foccasia bread. I am trying to watch my carb and sugar intake as doc told me last checkup that my counts were rising from last year..Happy Weekend..xxoJudy

Very interesting, we are always learning.
I also really like autumn, the temperatures are milder and nature is covered in golden tones.
A big hug

In Western part of Africa we have raining season which is similar like spring and we have also dry season which is like a combination of autumn and winter. The cold is not so much so i do prefer lukewarm weather.

It is a beautiful time of year, however you refer to it. X

Interesting! Both terms are used here but I usually say fall. Whatever we call it, it is a beautiful time of year.

cool. that was interesting. I always have a problem which word to use. :) Fall is easier to spell and write :)

Good to know. I did wonder myself. I only ever use Fall when thinking about the clocks changing as can never remember so my dad once told me "Spring forward Fall back" haha!

I really like to hear it called autumn but I still say fall...whatever it is called, it is my favorite time of year.

At Home In New Zealand said...

What an intriguing explanation of seasonal names. We always use the word autumn and I always thought fall belonged solely to North America. Fascinating :)

Interesting, we say autumn here down under too. xx

That's interesting, I did wonder why fall is used for autumn and now I know. I love the colours of autumn but I'm always sad to see the end of summer and know that winter lies ahead.

This is so interesting. Thank you for sharing.

Autumn is a more beautiful word but I have always said Fall. But I do love the word Autumn. I appreciate you sharing this with us. Hugs and blessings, Cindy

That was certainly interesting Jan. I had no idea of the origins of autumn and fall. Like you autumn is probably my favourite month.xxx

I love autumn too as a season, although with the slight dread of winter looming! Harvest festival takes me back to primary school in church! What a great post thank you!

thank you for sharing the origin of terms ,it is always nice to add in knowledge .

our autumn starts in October and has mild weather .

fall is my really favorite season but not here in the city .it was magical back in my native village when while standing in my hilltop house i was able to observe exuberant display of Nature
blessings!

I think Autumn is my favourite Season. But then again I like every season - I just wish that Winter was shorter! xx

Very interesting post. My entire life the word autumn was and still it used.

very interesting, I use it both ways and so did my parents