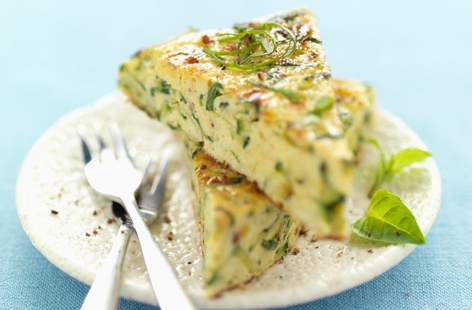 Method:
Heat the olive oil in a pan and add the onion. Cook very slowly with a pinch of salt until deep gold – about 30 minutes – stirring every so often. Drain, reserving the oil, then pour the oil back into the pan and add the peppers and garlic. Fry for 5-10 minutes until completely tender.

I hope you may enjoy this recipe idea ... 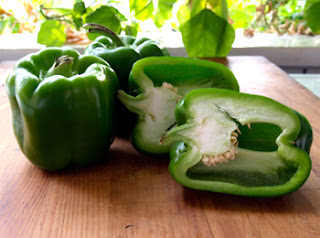 This looks very yummy! Happy Easter to you and yours, hugs, Valerie

Hello, it does look delicious. Thanks for sharing. Happy Saturday, enjoy your weekend! Happy Easter to you and your family!

A lovely light lunch, it looks so fresh.

What a cool way to use tortillas and such a yummy recipe. Sometimes, I find it a struggle to focus only on protein and low carbs, but new ideas keep me motivated. Thanks so much and Happy Easter Weekend!

This looks and sounds like something I would love. Thanks. for the recipe. Wishing you guys a wonderful Easter holiday.

Yum! I have many pepper plants started out in my potting shed . . . this recipe would be great this summer with fresh homegrown tomatoes on the side. My mouth is watering :)
Thanks for sharing.
Connie :)

Oh yes!!! I can sure make this recipe and love it, too!!!
Omelettes have always been one of my favorite things to eat :)

Have a lovely Easter~

Oh now this sounds really good. I was jut looking at recipes and found something similar called a fritatta. Now I have some ideas to pay around with.

I think I'd enjoy that.

Mmm, this looks delicious! I may give it a try, thank you!

Hi Jan,
We just returned from a Mexican restaurant. Thanks for the good recipe.
Have a blessed weekend.

Mmmm...so good. I love the ingredients in this recipe. And it's such a simple one, too. It doesn't get any better.

It's a great dish. I ate it a couple of times recently in Cuba. I suspect that there are minor regional variations depending on the availability of local vegetables, but it is both tasty and nutritious wherever it is produced.

Thank you for sharing the recipe and it would be a great meal to make.
Have a wonderful Easter break
hugs
Carolyn

It looks delicious and refreshing!

Now, I love the omelettes, thanks.

This looks so good! Thanks Jan! Big Hugs!