Celeriac is one of the lowcarb mega stars ! 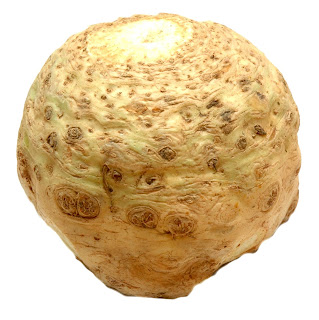 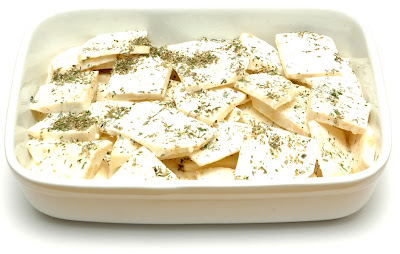 Celeriac may be used raw or cooked. It has a tough, furrowed, outer surface which is usually sliced off before use because it is too rough to peel. Celeriac has a mild celery flavour, and is often used as a flavouring in soups and stews; it can also be used on its own, usually mashed, or used in casseroles, gratins and baked dishes. It can be roasted like a potato, giving it a crispy edge.

Cut the celeriac into quarters then peel. Slice the celeriac into 5 mm thick pieces. Place a layer in a baking dish and add some double cream and dried herbs, salt and pepper. Continue layering up. Place in a hot oven 200 centigrade and cook for 35 minutes. Remove from oven and add a layer of grated cheddar cheese. Place back in oven and cook until cheese is golden brown. Serves 4

One of our favourite foods this dish goes with anything, meat, fish and even tastes great warmed up for breakfast with a couple of poached eggs and some mushrooms, or try with some kippers, great grub at anytime for sure and won’t raise BG.

Please check out our other food ideas at http://lowcarbdiabetic.co.uk/Recipes.htm

We've recently launched the site Alldishes.co.uk where users can search through tens of thousands of recipes from UK and Irish food sites and blogs.

Hopefully your food blog will be up there in the top!

Celeriac is often included in the weekly menu in our household. I tend to buy mine from my local Sainsbury's. Supplies are occasionally low, not sure whether this is down to popularity or maybe people haven't yet discovered this great food.