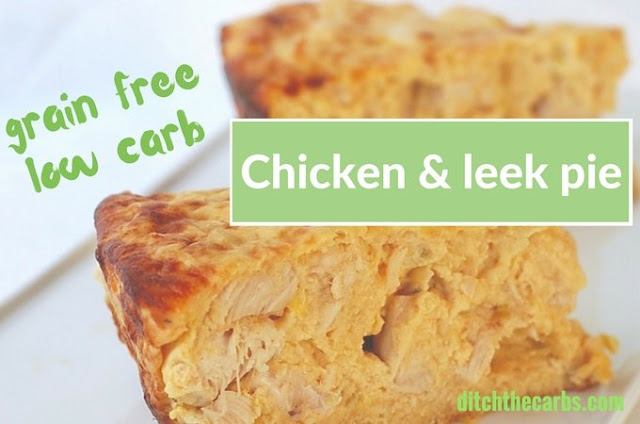 * TIP : You must use full fat original cream cheese.
All the varieties which are low fat or spreadable won’t set.

This is a great variation on the more 'traditional' crust to a 'grain free' one, and is also gluten free.
With just 6.7 g carbs per serving it is very suitable for diabetics, or others living the LCHF lifestyle. Please see Libby at Ditch The Carbs cooking instructions here


If you should need help with measurement / conversion please see here 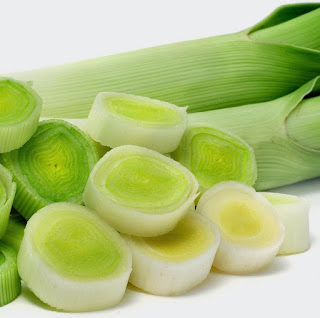 Leeks have been cultivated since the time of the Ancient Egyptians and were probably part of the diet of those who built the pyramids. Hippocrates the ancient Greek physician and ‘father of medicine’ prescribed the leek as a cure for nosebleeds.

The Romans considered the leek a superior vegetable and Emperor Nero got through so many he gained the nickname Porophagus (leek eater); he is reported to have thought that eating leeks would improve his singing voice!

Phoenician traders are said to have introduced the leek to Wales when they were trading for tin in the British Isles – an act that would unexpectedly elevate this humble veg to national status thousands of years later.

Legend has it that in 640AD, the Briton King Cadwallader and his men were engaged in battle with invading Saxons. To distinguish themselves from the enemy, the Welsh wore leeks in their hats – and subsequently gained a great victory over their opponents.

The leek is also associated with the Welsh Saint David. During the Middle Ages when Saint David was alive the leek was seen as a healthy and virtuous plant. Extraordinary qualities were claimed for it. It was the original health food, high in fibre, good for purging the blood, keeping colds at bay and healing wounds.

During this period the leek also acquired mystic virtues. It was claimed that girls who slept with a leek under their pillow on St David’s Day would see their future husband in their dreams.

A 16th Century reference to the leek as a Welsh emblem is found in the Account Book of Princess Mary Tudor. Earlier still, in the fourteenth century it is known that the feared Welsh archers adopted the green and white colours of the leek for their uniforms, probably at the battle of Crecy.

The leek is worn in the caps of today’s Welsh soldiers every year on St David’s Day. On the same day, in the prestigious Welsh Guards Regiment, a large raw leek has to be eaten by the youngest recruits to the cheers of comrades. The green and white plume worn in the ‘Bearskin’ hats of the Guards also identifies them as belonging to a Welsh Regiment. According to tradition, the 600 soldiers of The Royal Welsh regiment are worked with ‘gunfire’ – tea laced with rum – served by senior ranks and officers on St David’s Day.

The humble leek is also mentioned in the Bible. The book of Numbers records how after leaving Egypt, the children of Israel missed a range of foods including leeks.

The leek in Hebrew is called Karti, which is a pun on another Hebrew word yikartu meaning ‘to be cut off’. Thus the Jews eat leeks at Rosh Hashanah to symbolise a wish for their enemies ‘to be cut off’.

All the best Jan
Posted by Lowcarb team member at 13:20

Hello, I am not sure if I have ever had Leek's. The recipe would be new for me!

Okay, Jan. I had breakfast before I visited here. So I thought today, that I could look at your post without getting hunger-pangs or drooling, which ever came first...it didn't work!!!
This recipe looks and sounds delicious!!!

a good alternative, that sounds yummy!! i don't use leeks too often but this is a recipe that definitely calls for leeks!!!!!

Very interesting post, and I've never before used leeks in cooking. Thanks for sharing!

I love chicken and I love leeks. This sounds delicious!

I have to try this almond flour/meal, thanks for sharing the recipe!

Oooh, I love chicken and leek pie. Leek's a vegetable we never had when I was a child but we eat it often these days.

Well I don't think I have ever tried leeks before, but this would be a way to give them a try :) Very interesting info about the leek too and that they are still part of tradition today. I have never heard of psyllium husk, so I will have to check that out also.

Oh, delicious! It's been a very long time since I had leeks.

I love leeks but rarely see them here at the market. Will have to try growing them.

Many of the items in our bone yard are old horse drawn equipment. We re-purpose a lot.

Have a great week.

Love me some leeks.