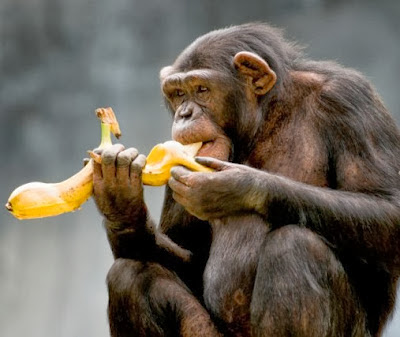 Typical low carb anti too much sugar making them aggressive.

One of the great mysterious of life to me, is the attitude of low carb antis. Why certain people are so vehemently opposed to low carb is beyond me. I can understand why The British Dietetic Association and some of its high profile dietitians do not approve, because they are sponsored by junk food outfits such as Danone, Abbott Nutrition, Nestle, Cereal Partners, BelVita Breakfast Biscuits and Coca Cola. The funding would disappear like a rat down a pipe, if the BDA promoted a whole fresh food, non processed junk diet. Clearly money is a big consideration with dietary professionals, but what about the amateurs. So many work so hard to rubbish low carb at every opportunity, the $64,000 question is why. Could it be the reason is too much sugar?

This is an interesting story. Experts noticed the monkeys were getting very aggressive and worked out sugar was the cause. When the sugar via fruit was reduced, the monkeys improved mentally and physically. Maybe next time an anti is giving it large on social media, I should check out their fruit consumption, well you never know.

"The monkeys at Bristol Zoo are having bananas – and in fact all fruit – phased out of their diet – after research found bananas are too sugary and healthy and another West zoo said they can hype the monkeys up to fight each other more.

Bristol Zoo’s keepers said although that has not been a problem in their zoo, they are in the process of cutting out all fruit from all the meals given to primates, who will be tucking into fresh vegetables and pellets instead.

Experts said that the bananas and other fruit grown for human consumption has been developed to be far more sugary and less nutritious than the monkeys might otherwise have found in the wild, and therefore it was not good for them.

Bristol Zoo’s director, Dr Bryan Carroll, said many of the primates at Bristol Zoo receive little or no fruit at all in their daily diets already, and that would soon be down to zero for all of them.

Senior head keeper of mammals at Paignton Zoo, Matthew Webb, said it had already made a difference “We have noticed an improvement in the condition of primate coats – in particular the colour and thickness of the fur of the Sulawesi crested black macaques,” he said.

“Smaller monkeys such as tamarins and marmosets are highly-strung animals and live in tight-knit social groups which can be quite aggressive at times. Reducing the sugar in their diets has calmed them down and made their groups more settled.”

Amy Plowman, the head of conservation and advocacy at Paignton Zoo, said: “People usually try to improve their diet by eating more fruit – but fruit cultivated for humans is much higher in sugar and much lower in protein and fibre than most wild fruit because we like our fruit to be so sweet and juicy.

i had no idea, thought when I ate fruit I was eating healthy. Luckily I already eat far more veggies than fruits.

Huh. Thank goodness we only eat blueberries and raspberries and moderately at that. Who knew?

i don't know about monkeys but for me, anything in moderation is fine!! and that is one cute monkey!!!

Eddie is heading towards post truth mode here! Lard (industrial slaughterhouse run-off slurry) is good for you yet bananas are most definitely not is the implication here. Does your brain run on anything but ketones Eddie? Get off that emergency only brain fuel for once and you may develop some clarity of thought.

Hm...wonder what's in the pellets?

"Eddie is heading towards post truth mode here! Lard (industrial slaughterhouse run-off slurry) is good for you yet bananas are most definitely not is the implication here. Does your brain run on anything but ketones Eddie? Get off that emergency only brain fuel for once and you may develop some clarity of thought."

Ha ha what a card you are. My brain runs on keytones and glucose, check out Gluconeogenesis it is a metabolic pathway that results in the generation of glucose from certain non-carbohydrate carbon substrates, I.E. fats and proteins.

BTW What "industrial slaughterhouse run-off slurry" are you talking about?

One more point. Why are you negative commentors always anons? Come out of the shadows and stop living in fear my friend.

Thank you for your most accomplished post. Please could you put a bit more effort in next time.

Of course I know about Gluconeogenesis Eddie, just thought that your brain might have gone so far down the low carb dogma road that it had developed it's own shut off valve even for intrinsically produced glucose!

Well this info was interesting. I use MyFitnessPal to record what I eat and I've barely had any fruit when it says I'm over my sugar limit for the day - now I know why. I too wonder what would be in the pellets the moneys receive - likely not assimilating food to be found in the wild?

"Of course I know about Gluconeogenesis Eddie, just thought that your brain might have gone so far down the low carb dogma road that it had developed it's own shut off valve even for intrinsically produced glucose!

Well, whatever I am, I don't skulk in the shadows my cowardly gutless friend. Improve your act or you are going in the delete bin.

23 years ago when diagnosed with Type 1, the doc said when I eat fruit I need to eat it with protein, like cottage cheese or yogurt, or peanuts, etc. My portion size is a half of any whole fruit, and I do indeed eat it with protein.

Low carb, for me, definitely means low or no consumption of highly processed carbs. That's the real culprit. And yeah, why anyone would be opposed to THAT is beyond me. My tastebuds have really been altered after years of healthier eating. My cravings for the junk is gone, so that's 90 percent of the battle.

That's your problem Eddie, you simply cannot escape that conspiracy theory world you occupy, R.D.s and doctors are all in the pay of Big Pharma or Big Food, conspiring to make everybody ill for profit (including their children and closest relatives and friends) only Malhotra and Kendrick have had the nerve and insight to break free and whistleblow whilst virtually every other cardiologist and G.P.in the land continue down that conspiratorial track.

Wake up anon. Doctors and scientists all over the world are breaking ranks. If you think a high carb high sugar diet is the way to go cool for you. For over 400 million diabetics around the world low carb is the only answer, in the UK the NHS audited stats prove the medics and junk flogging RD's have blown it.

These results are very similar to those obtained in previous NHS audits over the past 5 - 6 years.

Over to you anon

Eddie is heading towards post truth mode here! Lard (industrial slaughterhouse run-off slurry) is good for you yet bananas are most definitely not is the implication here. Does your brain run on anything but ketones Eddie? Get off that emergency only brain fuel for once and you may develop some clarity of thought.

Do have a good evening old chap/chapess/other

Who said anything about high carb and sugar being good? This seems to be your modus operandi, you post a general point on here regarding general nutrition - usually that consuming carbs will finish you off,then you retreat when losing the argument and make it all about diabetes,were those monkeys diabetic?

Since Graham has arrived on the scene I would like to ask the two of you your opinions on Big Pharma vaccinations,eg do you think they cause autism?

"retreat when losing the argument"

Clearly you have lost the plot, and rich coming from an anon troll.

As for autism and vaccination, I know nothing about the situation. Do you?

Well gosh. Bananas are my second favourite fruit. All summer I eat about three a week.
Dare I hope that's not too much?

This is very interesting!