Swede / Rutabaga : How will you serve this low carb vegetable 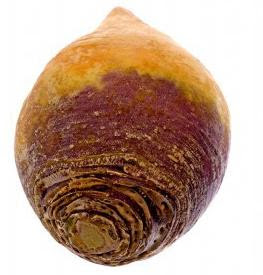 The picture above shows what Americans know as "rutabaga". The Scottish call it "neeps" and serve it with haggis. I know it as swede, a fairly recent root vegetable, which is thought to have originated around the 17th century in Bohemia. In 1620 a Swiss botanist described the root vegetable, believed to be a hybrid of the cabbage and the turnip. By 1664 it was growing in England. A good source of vitamin.C, fibre, folate and potassium. It's low in calories.

Wash then peel thoroughly to remove the thick outer skin. Swede / Rutabaga can be prepared and served in any of the methods used for potatoes. Swede can be added to soups, stews and casseroles. Use mashed swede instead of mashed potato it has a slightly sweet taste. Swede can also be made into fritters and pancakes. Collins Gem states 2.3 grams of carb per 100 grams. It doesn't spike blood sugar numbers like a potato may. Swede is just great, try it and see. 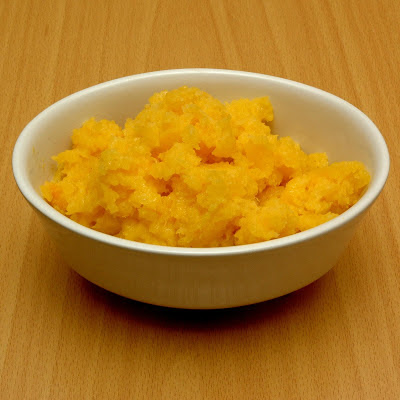 Even our kids love swede and the grandchildren like its slightly sweet taste. It is lovely mashed up with lots of butter and served with meat, fish, other vegetables, ... whatever you like. It really does taste very good. Do try it! 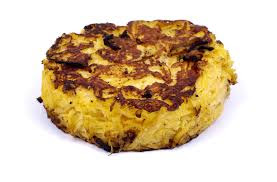 Cut a swede into large chunks or strips and put through a food processor fitted with a fine slicing blade. Or grate with a coarse cheese grater. Put the sliced raw swede into a mixing bowl and add some olive oil and three egg yolks per medium sliced swede. Mix well with a spoon and place a handful of mix into a steel ring. I use one 3.5" dia.x 2" deep. Get a cup or glass and compress the mix until firm within the ring, remove the ring. Rosti will be around an inch thick. Make up more until you have used all your mix. You can then fry them straight away in oil or butter or store them in a fridge. Carbs. around three per rosti or 100 grams. 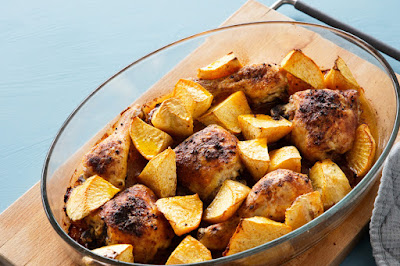 Hope you may try these suggestions soon
All the best Jan
Posted by Lowcarb team member at 10:04

I've never thought of mashing a swede or using it for Rosti, which could be latkes if they were thinner.
I've had it roasted, but mostly use it in vegetable soups all winter.

i have never cooked with it but the chicken recipe sounds good!!!

Oh that last recipe sounds delicious!
Have a wonderful weekend!

Many thanks for these suggestions Jan. We have swede steamed too, I slice it finger thickness for that method, it's quite nice. Our favourite way is baked. I like the idea of making it into a Rosti. Cheers now :D)

Jan, I absolutely love rutabaga, and sometimes I mash it together with carrots...whether it is served alone or with carrots, this is one of my favourite root vegetables! :)

These recipes sound great. I hope the new year is off to a good start for you.

Hi,
My parents love rutabaga. Thank you for the suggestions. I will pass them on to my mom. :-)
Carla

Rutabaga casserole is one of the traditional Christmas dishes. I'm very fond of it -it's delicious. Online you can find recipes. Have a great weekend!

Hello, this sounds like a delicious meal. I have never tried rutabaga. Enjoy your day and weekend!

We Finns love it especially in a traditional Christmas dish called "lanttulaatikko" (swede casserole), and mashed potatoes become much tastier when you add some mashed swede in the dish. Mmm, now I became hungry. :)
Thank you for the interesting post. Have a great weekend! xx

Thank you Jan! I was looking at swede with my partner yesterday, but didn't buy it as was thinking how to cook it! After reading this post I'l definitely give a try! Say hello to Eddie for me and I'l catch up with him soon!

What great ideas! Thanks Jan!

I love rutabagas and your chicken dish sounds great.
A friend always added parsnips or rutabagas to her mashed potatoes.