image from google
For many, August brings the best bounty of the season — ripened tomatoes, ripe melon, sweet corn on the cob, and courgettes/zucchini to name a few.

Summer declines and roses have grown rare,
But cottage crofts are gay with hollyhocks,
And in old garden walks you breathe an air
Fragrant of pinks and August-smelling stocks.
—John Todhunter (1839-1916)
Some August Facts and Dates
The month of August was named to honour the first Roman emperor (and grandnephew of Julius Caesar), Augustus Caesar (63 B.C..–A.D. 14)
August 1st, traditionally known as Lammas Day, was a festival to mark the annual wheat and corn harvest. Lammas also marked the mid-point between the summer solstice and autumn equinox, and was a cross-quarter day.
August 3rd is National Watermelon Day
August 11th marks the end of the Dog Days of Summer, which began on July 3.
August 13th is Left-Handers Day
August 17th is when the Cat Nights begin, harking back to a rather obscure Irish legend concerning witches; this bit of folklore also led to the idea that a cat has nine lives.
August’s zodiac signs are Leo (July 23–August 22) and Virgo (August 23–September 22).
August’s birth flowers are the gladiolus and the poppy.The gladiolus symbolizes strength of character, sincerity, and generosity.The poppy symbolizes eternal sleep, oblivion, and also imagination.
August’s primary birthstone is peridot, which is said to symbolize strength and healing power, protecting its wearer from nightmares and evil, ensuring harmony and happiness. Babies born in August are lucky to be guarded by peridot’s good fortune. 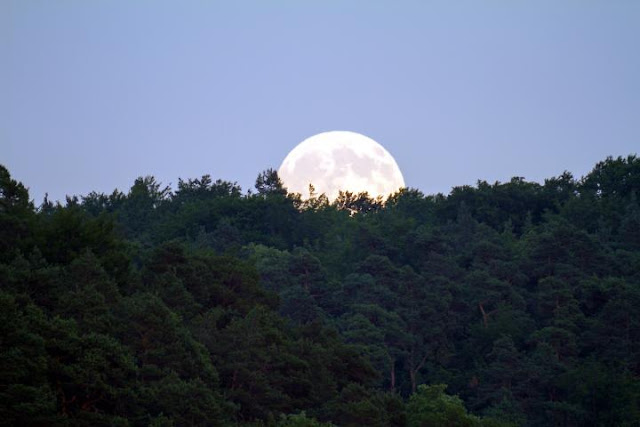 August Astronomy
Full Sturgeon Moon
August’s full moon, the full Sturgeon Moon, reaches peak illumination in the morning hours of Sunday, August 22. For the best view of the full Moon, look skyward on the night of the 21st!
Perseid Meteor Shower
August is a wonderful month for star gazing! It’s the month of the Perseid meteor shower, which peaks between August 11 and 13. This year, the Perseids reach their peak just a few days after the new Moon (August 8), which means that the Moon’s usual brightness won’t wash out too many of the “falling stars!”

The above and more can be seen here
Dear reader, this blog brings a variety of articles and recipe ideas, and it is important to note, not all may be suitable for you. If you may have any food allergies, or underlying health issues these must always be taken into account. If you are a diabetic and not sure how certain foods may affect your blood sugars, test is best, i.e. use a reliable meter.

All the best Jan
Posted by Lowcarb team member at 00:05

Interesting facts about August.
Coffee is on and stay safe

How interesting is all of that...thanks for sharing.

I have never heard of "National watermelon day". It seems a nice event which will be held on 3rd August🍉🍉🍉

May you have a wonderful August😎⛵☀️

Time is flying, have a great August. Valerie

Happy August, Jan! Have a wonderful month ahead.

What a lot of interesting facts about the month of August. I can't believe we're here already, the year is zipping by.

Happy August to you and yours!
Take care and have a great day! I wish you a happy new week!

A lot of good facts here. I did not know about watermelon day, or left-handers day. When is right-handers day? Is that a watermelon rising from behind the trees?

August brings me sweet pears. Happy and healthy summer days to you.

I love your first of the month posts. They are always so interesting. And who knew we were half way through summer before the autumn equinox? I love facts like that! Happy new month Jan.

Great knowledges Jan ! Thanks so much for all the information. I wish to see the perseidas this August. I didn´t know that after tomorrow is the day of the watermelon, I have half one in the fridge. I hope you are fine , as well as your family. Have a nice Sunday, and I send you big hugs, Caty

I've always thought of the Dog days of summer as being in August and hadn't realized they began in July. Cool! and thanks :)

Great August post. I will have to celebrate on the 13th. LOL

I always enjoy your month facts at the start of each month.
A happy August to you.

I didn't know there was a national watermelon day.

Jan ~ great post about August and wonderful photos too ~ xo

Living in the Moment,

August 13 was also our dad's birthday. It hardly seems possible he left us 27 years ago at 81. Also so this day of August 1st our brother went to heaven 4 years after Dad.

Sorry didn't mean to not be 'uplifting' - I get that way sometimes though.

I always love your first of the month posts, because there is always something I didn't know. Thanks especially for the astronomy. I hope to see the Perseid meteor shower. Thanks for the dates, Jan.

Hi Jan, What an excellent post to start the month of August. Thanks for the facts and dates! :-) I did not know August 3rd is National Watermelon Day but I love watermelon and I'm gonna celebrate. :-) Lately the days have been unusually warm in Seattle, where most folks do not have air conditioning. My wife and I have been enjoying a dinner of salad and watermelon. One of my jobs is icing down the melon in the ice chest. Cold watermelon actually seems to drop our body temperature and make us more comfortable. I'm also a fan of astronomy and thank you for the August Astronomy info. I'm looking forward to the full Sturegon Moon. Thanks for sharing your blog and for your kind comments on mine. Wishing you and Eddie a fine week ahead! John

Happy August! Wonderful information. My daughter was born in August and I'll have to share your post with her. I am looking forward to the meteor showers - one of my favorite times to stay up late and enjoy a lovely summer night. Can't believe it's already August. Summer does go by quickly. Hope you have a good week! x K

I so enjoy your monthly posts - always filled with so much information that most of which i don't know.

Oh my gosh! National Watermelon Day? I shall have to tell my husband. He LOVES watermelon!

I just told my husband and he is thrilled! He says he's going to go and get one on Tuesday!

Interesting facts. Glad we have watermelon already in the fridge :-)
Though with 14C I´d rather prefer a hot soup!

I am so glad I saw this post. I didn't know about Cat Nights. How fantastic, and to learn where "nine lives" came from! Thank you for sharing this information.

I need to follow the link to Cat Nights (Lizzie would appreciate it!) and who knew the Dog Days of Summer ended on my birthday? I always love your monthly posts, they're some of my favorites and I learned a lot about august today! And Lefties day (I'm a leftie) is this month too. Who knew?!

Well I didn't know about the Cat Nights, I'll have to look into this more. Take care Jan and Eddie and have a lovely August xx

What a fascinating set of facts, so interesting, love these posts.xxx