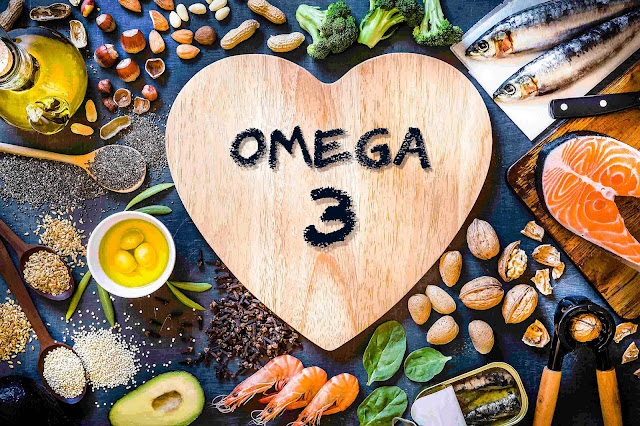 A 1% increase in this substance in the blood is associated with a change in mortality risk similar to that of quitting smoking.

Summary
Researchers have found that omega-3 levels in blood erythrocytes are very good mortality risk predictors. The study used data from a long-term study group, the Framingham Offspring Cohort, which has been monitoring residents of this Massachusetts town, in the United States, since 1971 and concludes that, 'Having higher levels of these acids in the blood, as a result of regularly including oily fish in the diet, increases life expectancy by almost five years.'

Researchers have found that omega-3 levels in blood erythrocytes (the so-called red blood cells) are very good mortality risk predictors. The study concludes that "Having higher levels of these acids in the blood, as a result of regularly including oily fish in the diet, increases life expectancy by almost five years," as Dr. Aleix Sala-Vila, a postdoctoral researcher in the IMIM's Cardiovascular Risk and Nutrition Research Group and author of the study, points out. In contrast, "Being a regular smoker takes 4.7 years off your life expectancy, the same as you gain if you have high levels of omega-3 acids in your blood," he adds.

The study analysed data on blood fatty acid levels in 2,240 people over the age of 65, who were monitored for an average of eleven years. The aim was to validate which fatty acids function as good predictors of mortality, beyond the already known factors. The results indicate that four types of fatty acids, including omega-3, fulfil this role. It is interesting that two of them are saturated fatty acids, traditionally associated with cardiovascular risk, but which, in this case, indicate longer life expectancy. "This reaffirms what we have been seeing lately," says Dr Sala-Vila, "not all saturated fatty acids are necessarily bad." Indeed, their levels in the blood cannot be modified by diet, as happens with omega-3 fatty acids.

These results may contribute to the personalisation of dietary recommendations for food intake, based on the blood concentrations of the different types of fatty acids. "What we have found is not insignificant. It reinforces the idea that small changes in diet in the right direction can have a much more powerful effect than we think, and it is never too late or too early to make these changes," remarks Dr Sala-Vila.

The researchers will now try to analyse the same indicators in similar population groups, but of European origin, to find out if the results obtained can also be applied outside the United States. The American Heart Association recommends eating oily fish such as salmon, anchovies or sardines twice a week because of the health benefits of omega-3 acids."
Above words from here
h/t to Marks Daily Apple here
You will find a variety of articles, studies and recipe ideas within this blog, and not all may be suitable for you. If you may have any food allergies, or underlying health issues please take these into account. If you are a diabetic and not sure how certain foods may affect your blood sugars, test is best, i.e. use your meter.

Posted by Lowcarb team member at 00:20

...and I love salmon. Never consume enough tho, I'm sure.

This is so interesting! Eating the right foods sure gives me energy and helps me stay healthy! Thanks for always sharing info like this! Hugs!

I think he would probably have to take supplements to get enough! Salmon is always good though. Have a good week.

Growing up on the coast, I grew up eating fish 2-3x a week, but sadly most wasn't oily, but fish like flounder.

Good to know as we love omega3 rich foods!

Sounds like a well documented and relevant study. I was fascinated. I must add more fatty acids to my diet. Thanks Jan.

Good article and we eat a fair bit of salmon but of course it's Tasmanian.

Thanks for the good advice. Valerie

I don't eat this type of fish but this shows it's definitely a good reason to include it in the diet.

True story. I began over a month ago taking Omega 3. A few weeks later, I see the TV better without glasses. Weird. Internet search tells me Omega 3 is good for the eyes. I'm not sure if that is what is the reason, but adding Omega 3 to my vitamins and minerals is the only change in my diet.

Gosh an extra 5 years to your life expectancy - what a result! x

All things good to know! I love salmon but very seldom buy it; I'll be doing it now! Thank you for always posting such interesting and important subjects for us.

Interesting! I am not a fish eater but add walnuts to salads for the omega-3.

This week I've learned to make salmon salad. That's 3 ways I can fix it :) I've also added a fish oil supplement, just tryinta do what I can.

Jeez that is pretty amazing isn't it! :-D

My father loved to fish as a hobby and so we grew up eating lots of fish. I do like it and now try to buy fish that is sustainably fished and preferably wild-caught salmon.

There is so much to learn!

You find very interesting studies! I love fish, though I don't cook it well. Except salmon. My salmon rocks. The rest? A little dicey! But salmon has good Omega 3s!

Good thing we're having Pilling Sea Bass for dinner tonight. And the skin is the tastiest part.

This is a fantastic post, thanks for sharing it.

Oh how I wish I liked fish, but sadly I don't