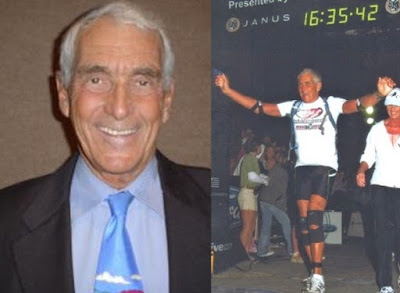 Dr. Jay Lehr is a 79-year-old Ironman triathlete and physician who credits a low-carb, high-fat ketogenic-style Paleo diet for his incredible health.

Lehr, science director at the Heartland Institute in Chicago, has bucked conventional diet wisdom for most of his life and followed a low-carb, high-fat diet and has rarely been sick.

“I’ve never been inside a regular doctor’s office,” Jay told the High Plains Journal. “I have lived my entire life on high fat — dairy, eggs, butter and lard — which, as you all know has not been the recommended diet for the last 50 years.”

Lehr said the idea that saturated fat was unhealthy and caused heart attacks began in the mid-1950s, shortly after President Dwight Eisenhower had a heart attack.

Since then, the U.S. government has continued to promote a low-fat diet to treat heart disease and obesity despite scientific evidence showing no link between unprocessed saturated fat and heart attacks.

Lehr, a Princeton University alum with a Ph.D. in hydrology, said it’s time for the public to embrace the health benefits of low-carb, high-fat diets such as the ketogenic, Paleo and Atkins diets.

I am 58 and have been on a moderate to low carb diet and love my olive oil and nuts. I feel great, I don't think I look my age, and my menopause has been pretty mild (LOTS OF BROCCOLI!). There is something to be said about eating healthy, loving life and keep moving!

For Jan: THANK YOU so much for your kind words on my blog! Celebrate nature!

Makes good sense to me. He is the picture of good health.

Jay is very lucky, along with the low carb and his genes.

Wow! He is impressive!

He certainly looks very healthy and has obviously been very successful in his chosen sport, good for him.
Lisa x