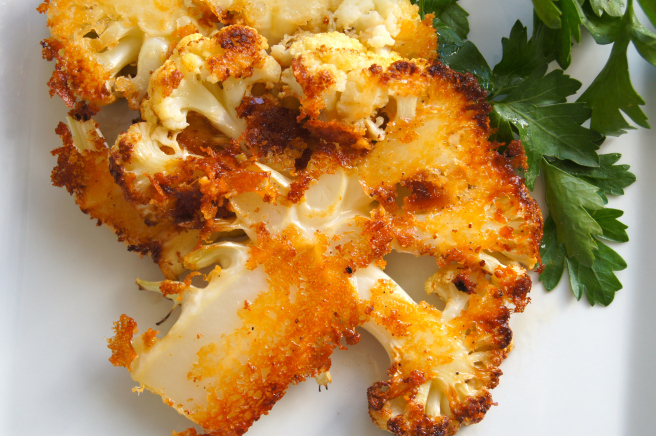 I love to have Parmesan Cheese (or similar) in the house, there are so many recipes where it just gives that extra zing! I happened upon this recipe idea recently, it's from Melissa at Nourished Peach Blog (details below). Such a great idea ... see what you think. I've given the recipe details and also included a little about the history of Parmesan Cheese, which I found interesting - hope you may also.

Very interesting to read about the history.
The recipe suggestion is a must do for me, thanks for the link.

Hello, great post and info. I like to use Parmesan cheese on different recipes. I will have to try this cauliflower recipe. Thanks for sharing. Happy Sunday, enjoy your day and week ahead!

That looks and sounds lovely. I wonder if this would encourage my lot, who aren't very keen on cauliflower, to eat more of it.

We love cauliflower so I'll try this out this week!

I love that cheese and this was really an interesting read!

I love love love cheese and I love cauliflower. However, I try not to dose my vegetables with cheese. I may try this recipe. I immensely enjoyed the etymology of Parmesan.