Is Tea Part Of Your Life - or do you grab a coffee first ? 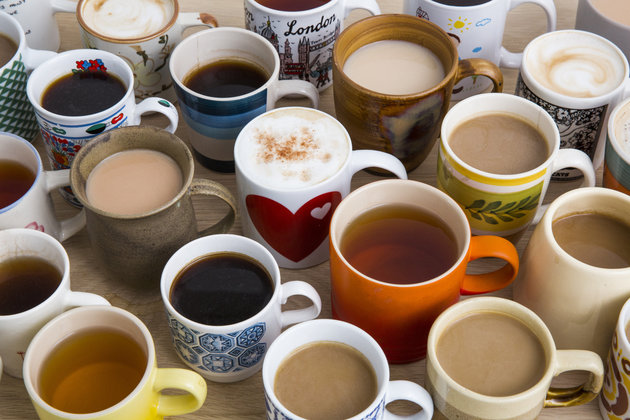 "Coffee Is Now Twice As Popular As Tea (And It’s A Travesty)
You need to keep tea in your life!

We Brits have always been proud of our ability to drink gallons of tea.

But now, it seems that a usurper is in the midst.

A new study has found that for every cup of tea we drink outside of our homes, we now guzzle two-and-a-half cups of coffee.

Figures released by 'The NPD Group' found that Britons drank just over two billion cups of coffee away from home between 2014-2015. This figure was up 4.3% from the year before.

Meanwhile we only drank 874 million cups of tea in the same period, a reduction of 1.8% from the year before.

Since 2010, our tea consumption has decreased by almost 19%.

It now accounts for just over one quarter of all hot beverages purchased outside of homes in Britain.

To help fight tea’s worthy cause, here are 12 great reasons to come back to the good side!

2. It wakes you up first thing in a lovely kind of way
Like a warm hug, but in a mug.

3. It makes you look really British
And maybe even a bit posh, like royalty.

4.  It could help you live longer
A 2015 study found that women in their 70s and 80s lived longer if they had, on average, two cups of tea per day.

6. It goes perfectly with biscuits (and cakes) ... especially the low carb versions
A match made in heaven.

7. It comes in a gazillion flavours 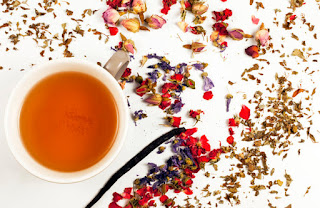 8. It contains antioxidants
These help to keep us young and protect us from damage caused by pollution

9. It has less caffeine than coffee so you can drink LOADS of it
Six cups is nothing. (see note below re caffeine)

10. It contains zero calories
Unless you have sugar.

11. It helps keep your teeth nice
A study from Newcastle University found that three cups of tea a day could provide kids with enough fluoride to prevent tooth decay.

12. It can boost your immune system
Tea contains flavonoids, which boost the immune system by stimulating the production of white blood cells."

Above words from here


Will you be putting the kettle on? 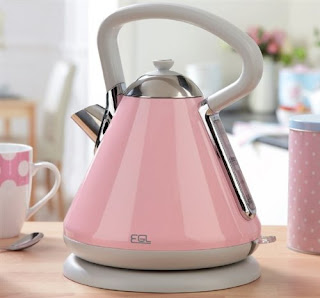 and enjoying a nice cup of tea 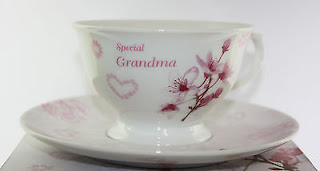 with a slice of low carb cake 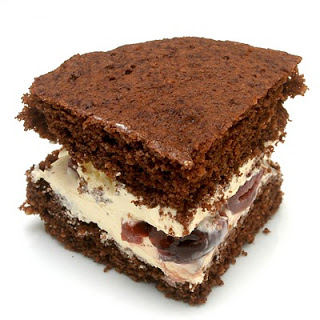 Whether you may be a tea, or coffee drinker,
please take account of the amount of caffeine you may be consuming

All the best Jan
Posted by Lowcarb team member at 11:53

We don't drink many hot drinks here, I don't drink coffee at all and only drink tea occasionally. Mick drinks one cup of coffee on a morning and doesn't like tea at all. Daniel and Eleanor don't drink tea or coffee. We're a strange lot.

Don't think many people drink tea down here either.
Rarely do I drink coffee.
Drink tea for breakfast, wouldn't be breakfast if I didn't drink tea.
Might have a cuppa before retiring to bed - and that's it for me.
Remainder of the day I drink water.

Jo
Hot drinks are not everyone's cup of tea! (sorry couldn't resist the pun!!!)
We have a family member who only drinks water and the very very occasional nil sugar soda.
I must admit my mornings always start with a cup of tea ... usually followed by a further cup of tea ... talking of which I may just go and put the kettle on ...

Have a lovely weekend

Margaret
Breakfast and tea just go together for me - whilst Eddie prefers coffee ...
Down where you are (in the Southern Hemisphere) you are probably just about to have an evening cuppa ...

Hope the weekend is going well

I prefer coffee at the start of the day. It's my treat that has replaced all the carby stuff I used to love. I use fair trade coffee beans, make two cups, one I drink before the gym and one as soon as I get into work. Bliss. (Flasks definitely an age thing!) then switch.
Then it's tea from the tea club in work all day. Tea at home has to be Yorkshire tea so strong you can stand a spoon up in it.

What a lovely kettle that is! Such a pretty combination of colours.

I start off my day with coffee; only two cups in the morning and I'm ready to go. Tea is my favourite after supper drink, especially on a cold winter day. I also drink it with lunch every Wednesday when I'm volunteering my time with my hospice client. He is an elderly Irish man and loves sharing a cup of tea with me!

I hope you are having a beautiful weekend, Jan!

I started life as a tea drinker, but in my 30's switched to coffee. I still have the occasional cup of tea, particularly when my daughter is here, she's strictly a tea drinker. I like iced tea and drink it a bit in the summer. I do like my tea sweet, very sweet, so loads of sugar, whereas I drink my coffee black with no sugar.

One great thing about the weekend is you can take your time to enjoy a cup of tea or coffee.

I'm not a fan of either.

I love herbal teas but had to stop drinking coffee awhile ago. I don't miss it at all, because I was raised on tea, not coffee.

Oh I can't face my coffee until I've had my tea and I was going to say I can't face my day until I've had my coffee but that's a bit of a fib but if I go out for a drink with friends I'll always order a coffee, a lovely one with frothy milk!!! Unless it's afternoon tea with scones (once in a British blue moon!) and then, of course, you need a pot of tea. Now, of course, I have my fine bone China for my tea, you can take the girl out of Britain but not the British out of the girl!
Lovely to have stopped by for a cuppa!
Wren x

Mrs Vimes
It sounds as if you've got your day and drinks pattern 'down to a fine art', with the coffee first and then the tea. Yes, Yorkshire Tea is quite often in our house too - it makes a nice tasting brew. Mind you, I have also been known to buy other brands too ...

Hope you've had a good Saturday, enjoy the remainder of the weekend

Martha
It seems kettles these days can come in all shapes and colours ...there is such a wide choice.
I love a warming cup of tea - well sometimes a nice warming mug of tea is good to!
I'm sure the elderly man you see weekly at the hospice is so pleased to see you and enjoys your company and also looks forward to sharing a cup of tea with you.

Enjoy the rest of the weekend, it's speeding by already ...

'Mac n' Janet'
A warm welcome to the low carb diabetic blog.
In the summer I often find a cup of lemon tea can be refreshing too. Now I can drink my tea black, as long as it's weak, but coffee always has to have milk or cream in it ...
I don't have sugar or sweeteners in my drinks, I just wondered have you ever tried slowly cutting back the amount of sugar, or perhaps switching to sweeteners? Just a thought, obviously the choice is yours ...

Many thanks for your comment, and I hope you will come back and look in at the blog again soon

Ben
Isn't that what weekends are for, slowing down and taking more time ...
Hope your Saturday has been a good one.

Adam
... well we can't all like the same things.
I also just like to enjoy a nice glass of water from time to time during the day, it is not solely tea or coffee. However, I don't drink soda / coke but a glass of wine occasionally has been known to pass my lips!

Hope the weekend is going well for you.

Ivy
They do a wonderful selection of herbal teas - and many of my friends like green tea too.

Thanks for your good wishes, a happy weekend to you to.

'Wren'
I am so pleased you stopped by for a cuppa ... a warm welcome to the low carb diabetic blog.
Whether you enjoy tea or coffee, that's fine by me, you are always welcome to drop by ...
There is something so nice and traditional about the Brits and their tea, no matter where in the world they may be!

Enjoy the rest of your weekend

Love me my tea, hot and sweet!! I do not like coffee, but I do like coffee flavored ice cream and cakes!!

Karen
It's always best to drink what you enjoy ... have another cuppa soon!
Enjoy the rest of the weekend

Debbie
Perhaps we'll enjoy a cup of tea and a small piece of coffee cake ...
Make mine without sugar though!!!

Enjoy the rest of the weekend

Tom
... it seems (from other comments received too) there are quite a few whose go to drink is not tea or coffee! Whatever your choice, enjoy.
Have a great Sunday, thanks for your comment.

Generally I drink a lot of tea (mostly green tea) and not much coffee. However as I read this I'm drinking coffee

Coffee is my required morning drink. I do love a cup of tea, especially during winter afternoons. And my daughter is as dedicated a tea drinker as the average Brit.

A marvelous post! Being a huge tea fan I cheer you on! What's not to like?xxx

'CGP'
As the saying goes, 'I'm much more of a teapot', although I do have coffee occasionally.
Green tea is a popular drink with many ...

'NC'
Many do prefer to start the day with a coffee... and then enjoy a cup of tea later in the day.
Glad to hear your daughter likes her cup of tea!

Snowbird
Glad you liked this post ... I can hear you cheering! LOL!