For one of our sons birthday presents, we clubbed together to get him a fun day out driving an Ariel Atom. Ever since he had watched the Clarkson video below, he has been in love with the car. See the video and you will understand why. Clarkson described the car as the fastest thing on four wheels. The car today had been up-rated with more power and lightened. 0 to 100 mph 5.5 seconds. Bear in mind this car is road legal, no road legal Ferrari could get close to the acceleration of an Atom. The day starts with a briefing, then out onto the track in a M3 BMW and taught the track braking points and racing lines. Then our son was allowed to drive the Atom accompanied by a racing driver.

Our lad ever thoughtful, gave up some of his laps to his non driving brother and son. Being non drivers, the race car instructor drove them around the track at blistering speed. We wondered if our grandson would be frightened by the speed and noise, no way. As a bonus our grandson got some extra laps, because the driver had forgotten to turn the on car camera on. When told of this, he almost dived back into the car for more. Looking forward to receiving the video. 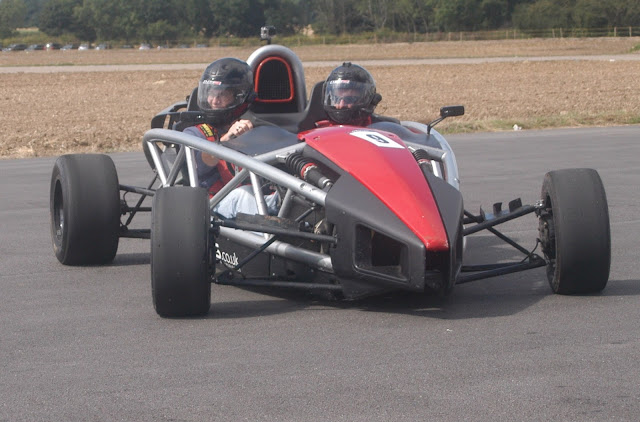 Our son at the wheel 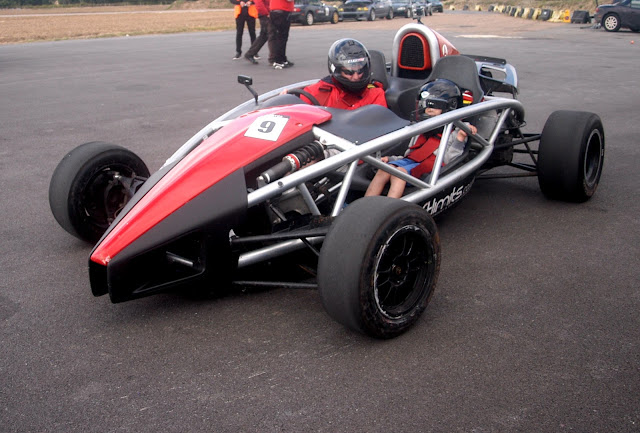 Race driver and Grandson about to blast off 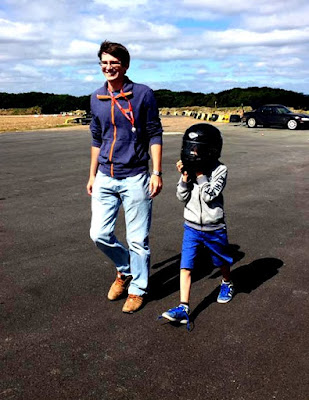 Great memories for all and the boys will never forget a great day out.

Posted by Lowcarb team member at 17:02

What a great birthday gift and a very happy birthday to your son.

that's a neat set of wheels

What a great birthday present.

How much fun is that? Love it. Happy Birthday to yours son.

This looks so much fun! I'd like to take a ride!