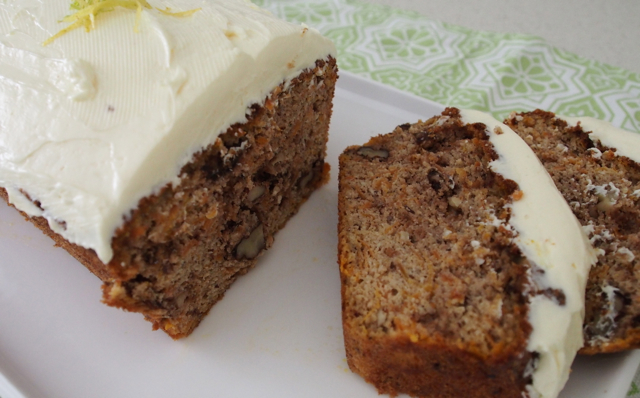 A classic low carb carrot cake can make a fabulous treat with your morning tea or coffee, and also works well as a dessert. This Low Carb Carrot Cake is fine without icing, however if you are a fan of cream cheese icing, mix cream cheese, lemon juice and 1 tbsp of stevia and ice when cake is cold.

This super recipe from Julia McPhee, her instructions are here

Did you know ... Cinnamon is a popular spice often associated with baked treats, cereals and smoothies. However, you may not have considered that the teaspoon of cinnamon that you add to your baked treats may doing you more good than you realized. Studies have shown that cinnamon could assist with boosting brain function, fighting cancer, aiding in digestion, supporting weight loss and fighting diabetes.

All the best Jan
Posted by Lowcarb team member at 11:00

This cakes looks so delcious ♥

Love love everything about Cinnamon. The taste, the smell, the colour.....it is one of my favourite spices. I drink a wonderful herbal tea which is so food for you.
Cake looks delicious...........

Oh my goodness I am going to have to make this, after giving up white flours I sure do miss my carrot cake.... we are a cinnamon loving family here :)
Have a great rest of the week!

Love carrot cake and a big fan of cinnamon.
Thanks for sharing the recipe.

Oh, I love carrot cake and I have been craving one for the longest time! Thank you for sharing a healither version of this cake....it sounds wonderful :)

Hugs to you, dear Jan.

Oh, delicious! I will have to make this. Thanks for sharing this recipe.

As a descent of Greeks, I know all about cinnamon. My mom used it all the time and it continues to be one of my favourite spices. I even sprinkle a bit on meat sometimes to give it a sweeter taste.

Carrot cake is one of my favourites, I could just eat a piece of that now, it's making my mouth water.

The carrot cake looks delicious... YUM. Thanks for sharing the recipe.

Carrot cake with coffee or tea sounds delicious. I love to smell of cinnamon!

Boy, does this look great, Jan! I will have to give it a go. Carrot cake is one of my favorites and this one would sure taste great with a cup of tea. Have a wonderful evening!♥

I love, love, love making carrot cake and carrot cupcakes. So fun for any meal.

YuM!! One of my favorites!!

Oh my gosh, this carrot cake looks great! I haven't had carrot cake in such a long time. Cinnamon makes everything taste a little bit better. This would be so good with a cup of coffee. :) The frosting looks soooooo good.

Oooh, I love carrot cake and haven't made it in years. Yours looks delicious!

My favorite cake--Carrot Cake! I will have to try this!

Carrot cake is one of my absolute favourites. How could you not want a slice of this?
Lisa x