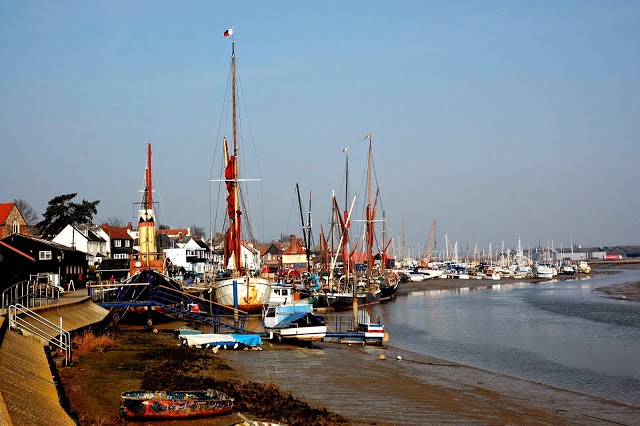 Maldon in Essex showing the Thames Barges. One of our favourite places.


As many followers of this blog may already know, we do like visiting Maldon in Essex, and the beautiful river Blackwater. If you get a chance do visit this great little town, it is home of the majestic Thames Barges and the old Steam Tug Brent. This old Tug is number three on the list of must be saved boats in England. A charity has been set up to save this great old boat, and you can read more about this below.

Built for the Admiralty as part of the War effort, the Brent was sold instead to the Port of London Authority to help maintain the Thames as a navigable waterway and to tow lighters and barges full of cargo between merchant ships and warehouses in the London Docks. She did this from 1945 until 1970.

What makes the Brent special?

Brent is the last surviving steam vessel of the Port of London Authority's fleet and one of only three steam vessels left, of many which were once in use on the River Thames and in the London docks' system.

She is one of only three steam TID class tugs left in Britain, of the 182 built for the Admiralty as part of the War Effort mostly by women, using pioneering all welded flate plate construction.

Brent is a classic smaller 'Lighterage' sized steam tug of which there were once hundreds working in the dockyards, rivers and tributaries around Britain. She is now one of only four of this class left in the U.K.

Sent for scrap in 1970 the Brent was rescued and restored by the Hall family of Maldon, Essex who used her as a holiday 'tug yacht' for nearly 40 years until the need for major repairs caused her to be laid up. She was donated by the family to us the Steam Tug Brent Trust a registered charity in 2011.

We are now trying to restore, preserve and display the Brent as a working example of maritime heritage for the public benefit of all. She needs a lot of work, specialist care and repairs, if she is to work again and survive.

Celebrate the Docklands traditions of towage and lighterage on the Thames and allow public access on board to learn more about steam and maritime history.

If we can raise enough funds and restore Brent back to working order in time..........

We hope to attend the 75th Anniversary of the D Day Landings in France in 2019.

The only chance for Brent and two other TID class steam tugs to help commemorate the sacrifices made by merchant and Admiralty sailors and the Royal Engineers who took part and the vital role that TID Tugs played at this event.

Of course at the end of a pleasant visit, whether you stay away or go back home, it's always nice to relax with a LCHF meal such as Dijon Chicken with mushrooms. 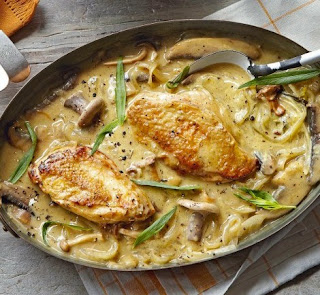 If you eat out at restaurants just cast your eye over the menu, and I'm sure you will find something to suit your lifestyle choice.

All the best Jan
Posted by Lowcarb team member at 08:35

It would be a shame to lose all that history. The dijon chicken with mushrooms looks delicious but I'd have to leave the mushrooms out, there's only me here who eats them.

what a neat boat!